Chintan Gaja can be a good budget pick from the all-rounders.

The 1st Quarter-Final match of the Vijay Hazare Trophy 2021 will be played between Gujarat and Andhra on 8th March at  Arun Jaitley Stadium in Delhi.

The match is scheduled to start at 9:00 AM IST. It will be streamed live on Sony Sports Network and Disney+ Hotstar.

However, the former finished at first place, thanks to their much better net run rate, while the latter finished at third place. Karnataka came out victorious in the last game so they will prefer a repetition of the same. On the contrary, Kerala will have revenge on their mind.

GUJ vs AND Weather Report for 1st Quarter-Final:

The temperature will be around 30 °C during the afternoon. There are no chances of precipitation.

The pitch is a balanced one, but it eventually starts as a batting-friendly track. However, as the game progresses, the bowlers will come into the act.

GUJ vs AND Top Picks for Today’s 11Wickets Match

Ricky Bhui has been in ominous touch with the bat for Andhra. He has scored over 250 runs at a strike rate of over 120.

Ashwin Hebbar has also been decent with the bat. He has scored 172 runs, which has come at an average of over 40.

Hardik Patel can be a decent budget pick. The Gujarat bowler has picked up 8 wickets and has maintained an economy rate of under 4 runs per over.

From the same team, Chirag Gandhi can be another decent budget option. He has scored 125 runs at an average of over 30.

Suggested Playing XI No.1 for GUJ vs AND 11Wickets Fantasy Cricket: 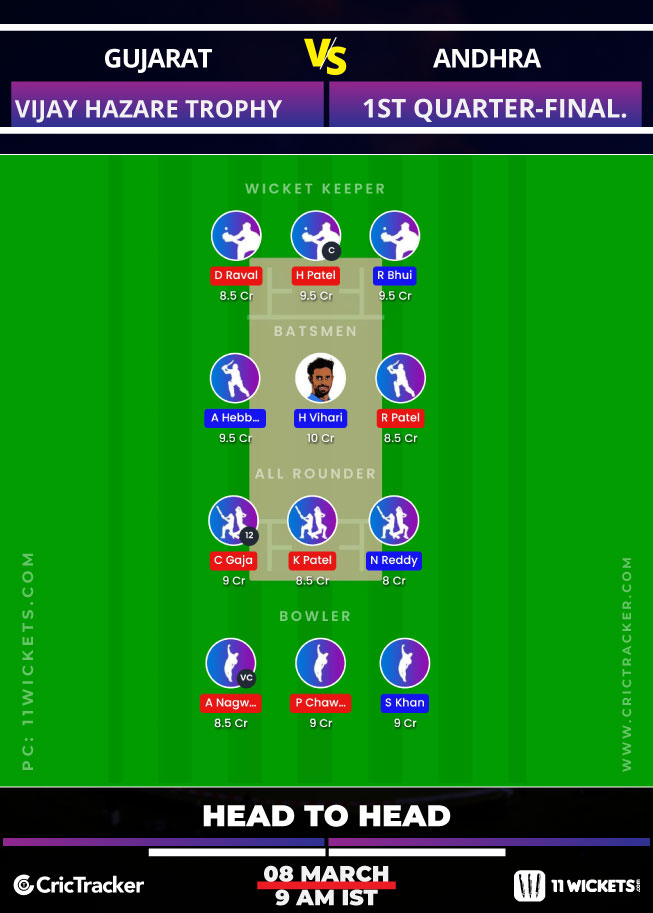 Suggested Playing XI No.2 for GUJ vs AND 11Wickets Fantasy Cricket: 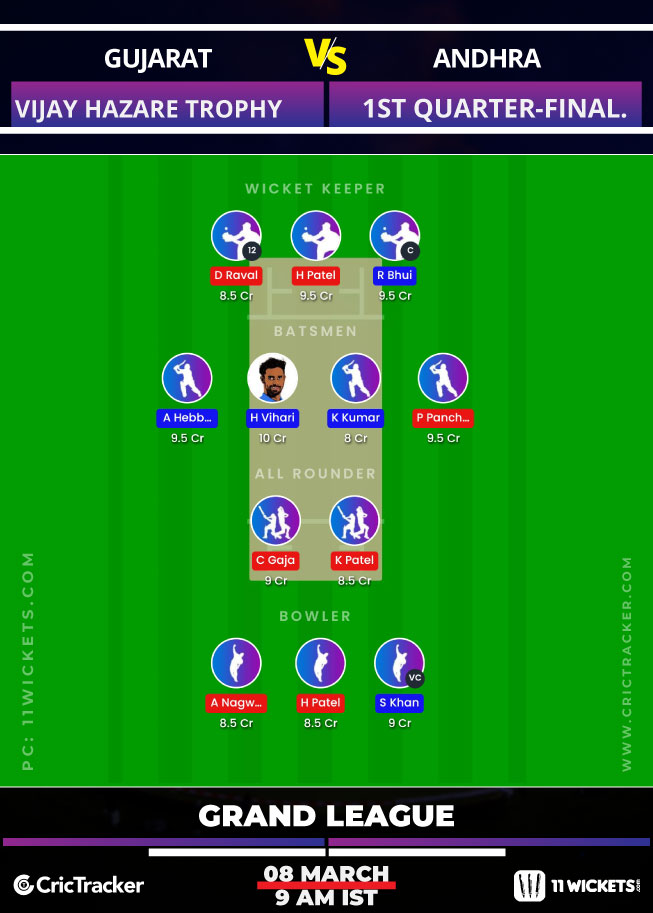 Chintan Gaja can be a good budget pick from the all-rounders. He has scored 40 runs and has picked up 6 wickets, while maintaining an economy rate of just over 4 runs per over.

Today’s GUJ vs AND Probable Winners:

Gujarat is expected to win this match.