Despite their group stage heroics, Haryana are unlikely to be able to get the better of Baroda.

The Quarter-Final 3 of the Syed Mushtaq Ali Trophy 2021 will be played between Baroda and Haryana at the Sardar Patel Stadium in Motera, Ahmedabad.

In the third quarter-final of the ongoing edition of the Syed Mushtaq Ali Trophy, two very consistent teams in Baroda and Haryana will lock horns. They both are coming into this game on the back of a fantastic group stage campaign, where they both won all of their 5 games.

However, none of that will matter tomorrow, as the first defeat of the campaign will result in the eviction of one of these two teams from the competition. Baroda are a stronger side on paper, but given how Haryana have played in the group stage, it will be foolish to take them lightly.

The temperature will be around 24 °C during the start of the game. We can expect full 40 overs of action as the chances of rain are nil.

The pitch here at the Sardar Patel Stadium is a tricky one, which was very evident after the first quarter-final. The batsmen need to get settled down first before they can go gung-ho.

Krunal Pandya missed the last few group stage games, owing to the demise of his father. His availability is not known yet. It will be important to check the team lineups after the toss.

When and Where to Watch India vs England, Live Streaming, Match Preview, Timings, and Pitch Report for 4th Test

Shivam Chauhan is currently leading the run-scoring charts for Haryana. He has scored 214 runs, which includes a half-century.

Kedar Devdhar can expect a bid in the upcoming IPL auctions, for, given his performances, he certainly deserves one. He has scored 226 runs.

Lukman Meriwala has been excellent with the ball for Baroda. He has scalped 11 wickets and has an average of just over 10.

Arun Chaprana has been the most successful bowler from the Haryana camp. He has picked up 8 wickets and has an economy rate of less than 9 runs per over.

Himanshu Rana has shown great consistency with the bat for Haryana. He has amassed 154 runs at an average of almost 40.

Also Read – Shubman Gill has got the talent but he needs to keep his head down: Gautam Gambhir

India are a tough side, I think Virat Kohli has instilled that: Nasser Hussain 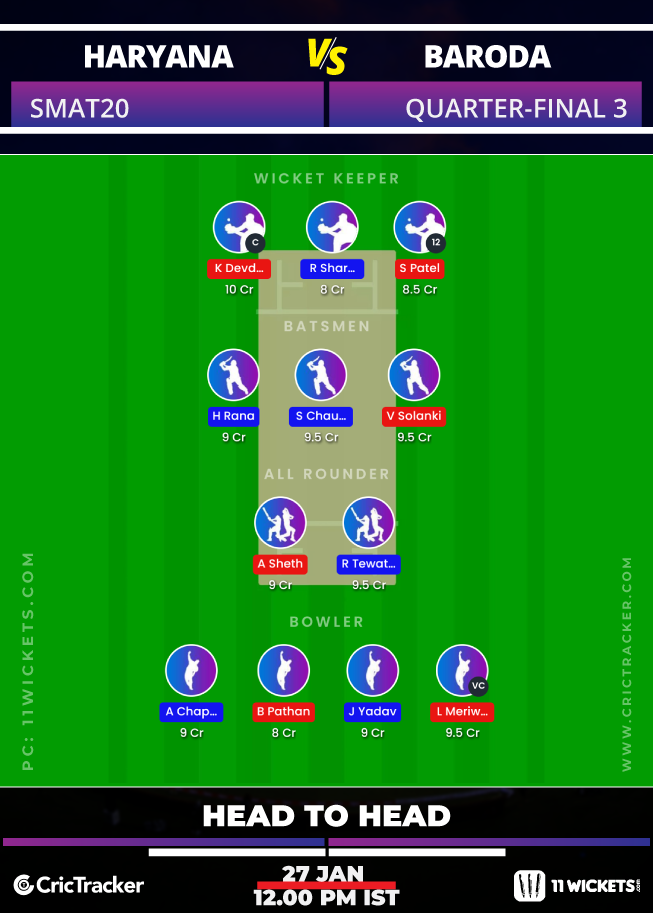 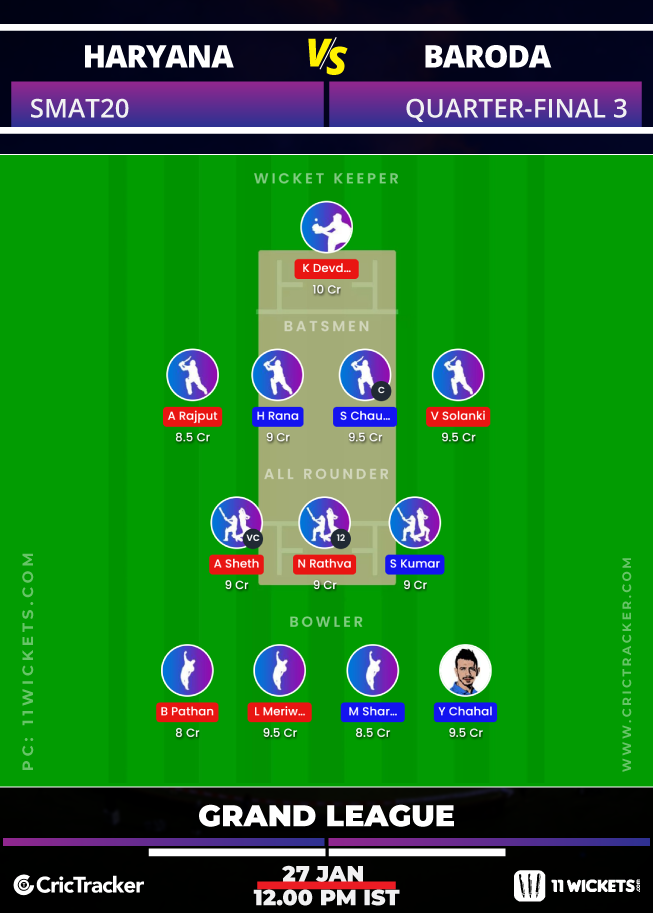 Sumit Patel can be a decent budget pick from the all-rounders. He has scalped 4 wickets and has also scored 30 runs.