Baroda are expected to make it to the semi-finals by beating Haryana.

The Quarter-Final 1 of the Syed Mushtaq Ali Trophy 2021 will be played between Baroda and Haryana at the Sardar Patel Stadium in Motera, Ahmedabad.

Haryana has been the surprise package of the ongoing edition of the Syed Mushtaq Ali Trophy. That they finished at the pole position in their group is a big achievement in itself, but that is not what makes their season spectacular. They were placed in a group with perhaps two of the most formidable outfits of Indian domestic circuit – Mumbai and Delhi.

Even then, they managed to come out on top in some fashion – winning all of their 5 games. Their opposition, Baroda have also had a similar journey, as they won all of their 5 matches as well. Given the form that both sides are in, this match can certainly be termed as the clash of the elite.

The weather will be ideal for cricket at Ahmedabad tomorrow. The temperature will be around 24 °C, while there are no chances of precipitation.

The pitch behaved in an interesting way in the first quarter-final. Karnataka batsmen struggled to acclimatize and could only score 87 runs. On the contrary, Punjab batsmen looked in complete control. Overall, we can term this pitch as a balanced one.

Krunal Pandya missed the last few group stage games, owing to the demise of his father. His availability is not known yet. It will be important to check the team lineups after the toss.

Shivam Chauhan is one of the prime reasons behind Haryana finishing first in a very difficult group. He scored 214 runs at a brilliant average of over 50.

For the opposition, Kedar Devdhar has been the most impressive player with the bat. He has scored 226 runs at an astonishing average of over 100.

As for Baroda’s bowling, Lukman Meriwala has been the star. He has scalped 11 wickets and has an economy rate of just over 6 runs per over.

Atit Sheth has been Meriwala’s partner-in-crime in Baroda’s bowling department. He has scalped 8 wickets and has and an economy rate of under 7 runs per over.

Yuzvendra Chahal is not having a great time in this competition, having picked only 4 wickets. That being said, his enormous experience still makes him a top pick. 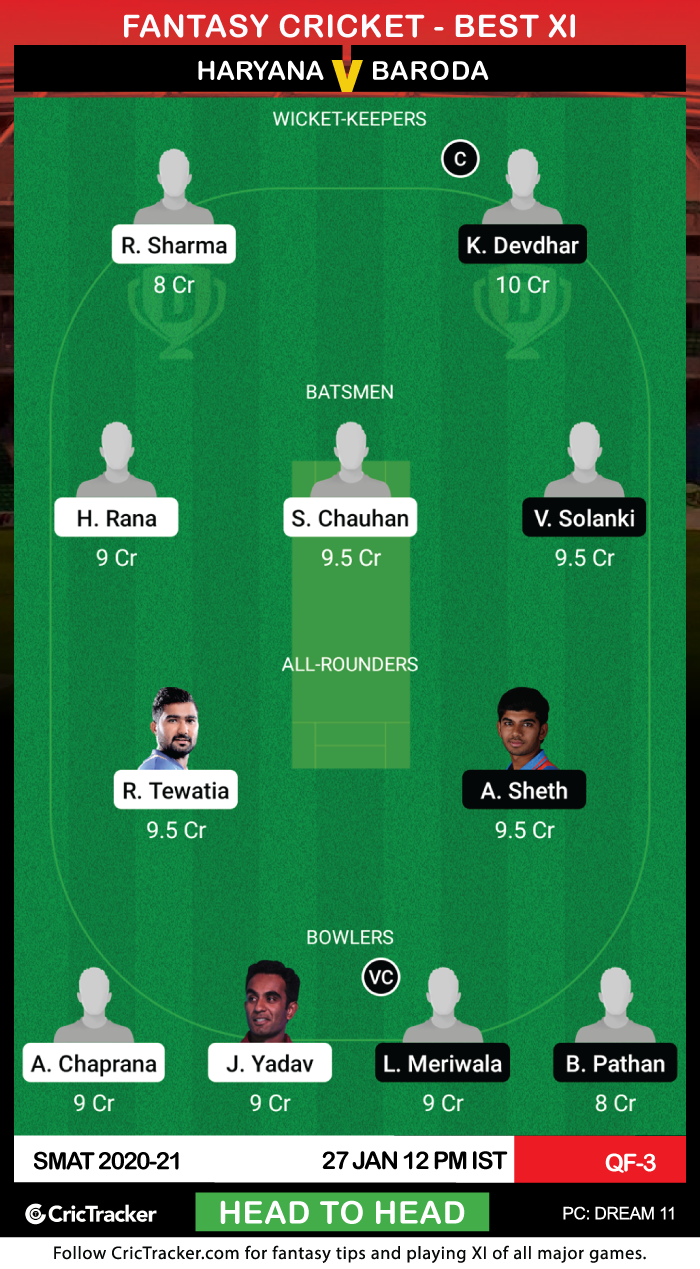 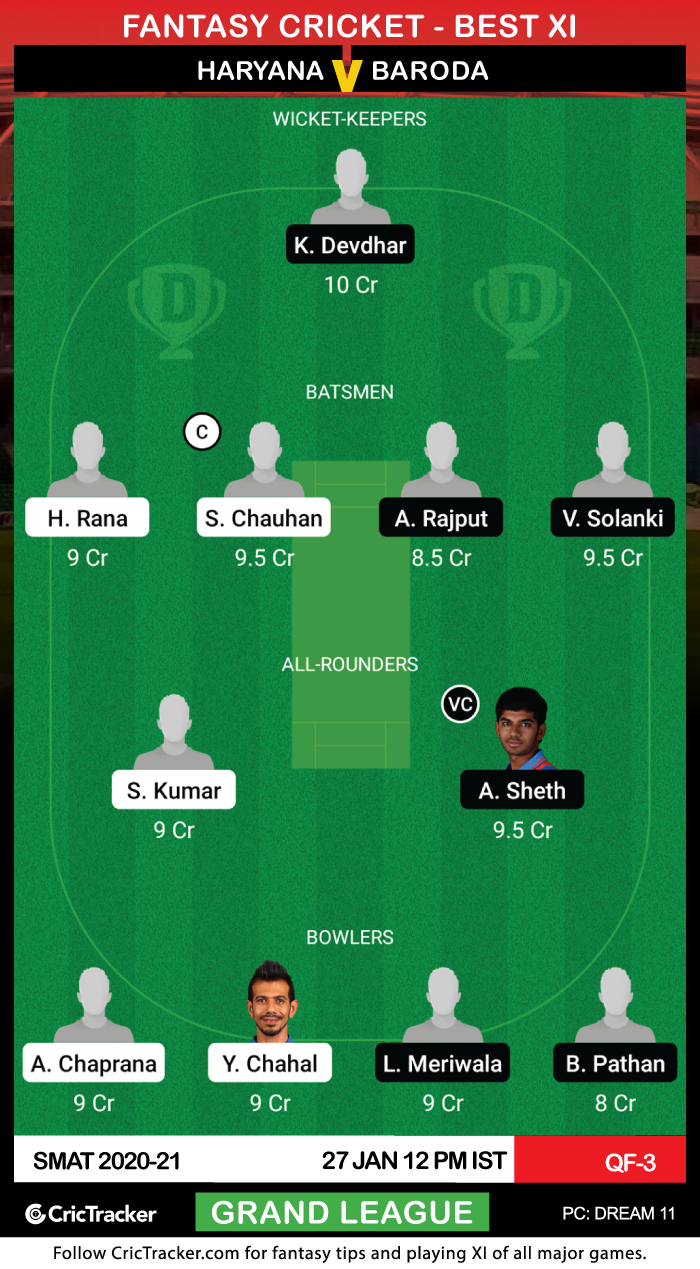 Rohit Sharma can be a clever bdget pick at 8 Cr. The Haryana wicketkeeper-batsman has scored 74 runs at an average of over 35.