Hawks CC are expected to have it easy against a lacklustre Bengali CC.

The 50th match of the ECS T10 Barcelona 2020 will be played between Hawks CC and Bengali CC at the Montjuic Ground, Barcelona on Wednesday.

In the second game of Wednesday, Hawks CC will face Bengali CC at the Montjuic Ground. Bengali CC are having a horrendous time, as they have failed to open their account in the ongoing league. After losing all the five matches, they are rooted at the bottom of the Group A points table.

Hawks CC have lost their previous encounter against Kings CC as they failed to defend a total of 82 runs. Moreover, they have won only one out of 5 matches they played in the tournament so far. They are placed at the 7th position, just above Bengali CC in the Group A points table with only two points in the bag.

The weather is expected to be partly cloudy during the course of the game, with zero chances of precipitation. The temperature will hover around 20 Degrees Celsius range.

What happened in the cricket world today - July 25

A fan points out a weakness in Ravi Ashwin's batting; cricketer comes up with a hilarious response

Muhammad Bilal has played some decent knocks for Hawks CC. He has 106 runs with 2 wickets in his bag.

Muhammad Sohail has piled up 104 runs and picked up 3 wickets in 5 games.

Umar Latif is a must-pick for your Dream11 your Fantasy teams. He bagged 5 scalps in 5 matches, which is the most by any player from Hawks CC.

Mosaraf Hossain is the leading run-getter for Bengali CC in the ongoing tournament. He has scored 108 runs, including a fifty to his name.

The skipper of Bengali CC, Riaz Howlader will be the key player for his team to get over the victory line. He has bagged 7 wickets from 5 matches and has also managed to score 84 runs for his team.

Alauddin Siddique has looked very promising with the ball in the last game against United CC Girona. He also picked up 2 wickets in that game. 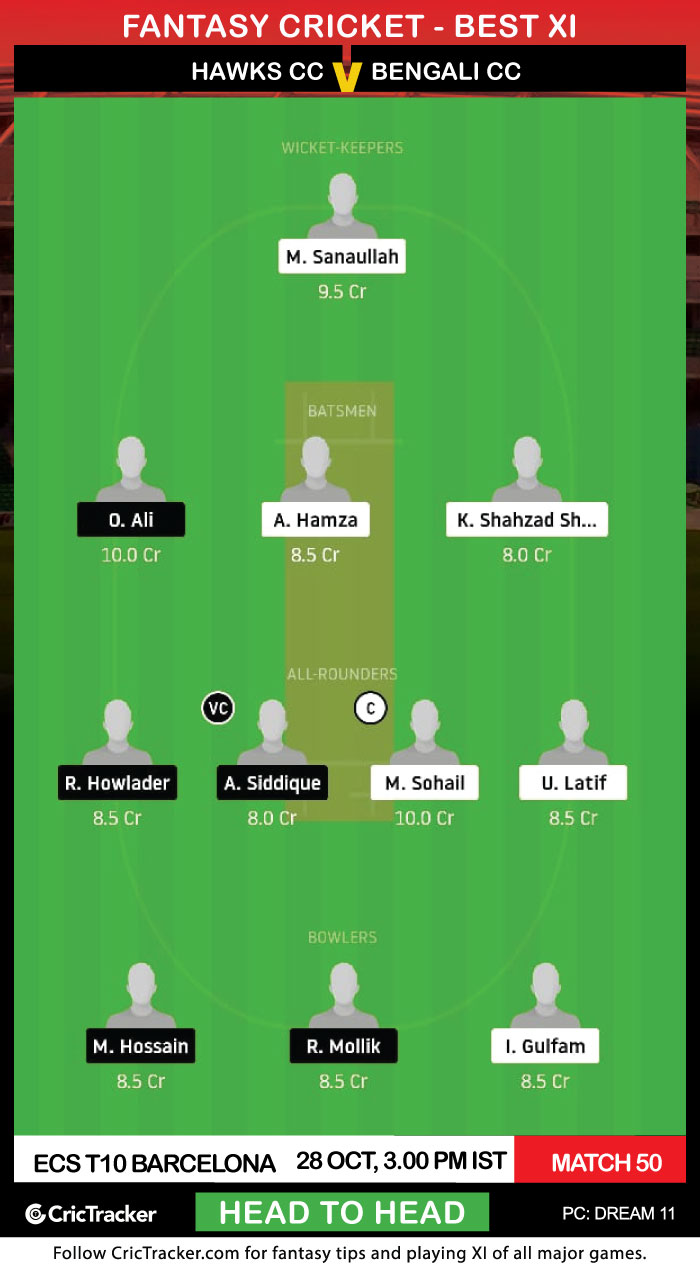 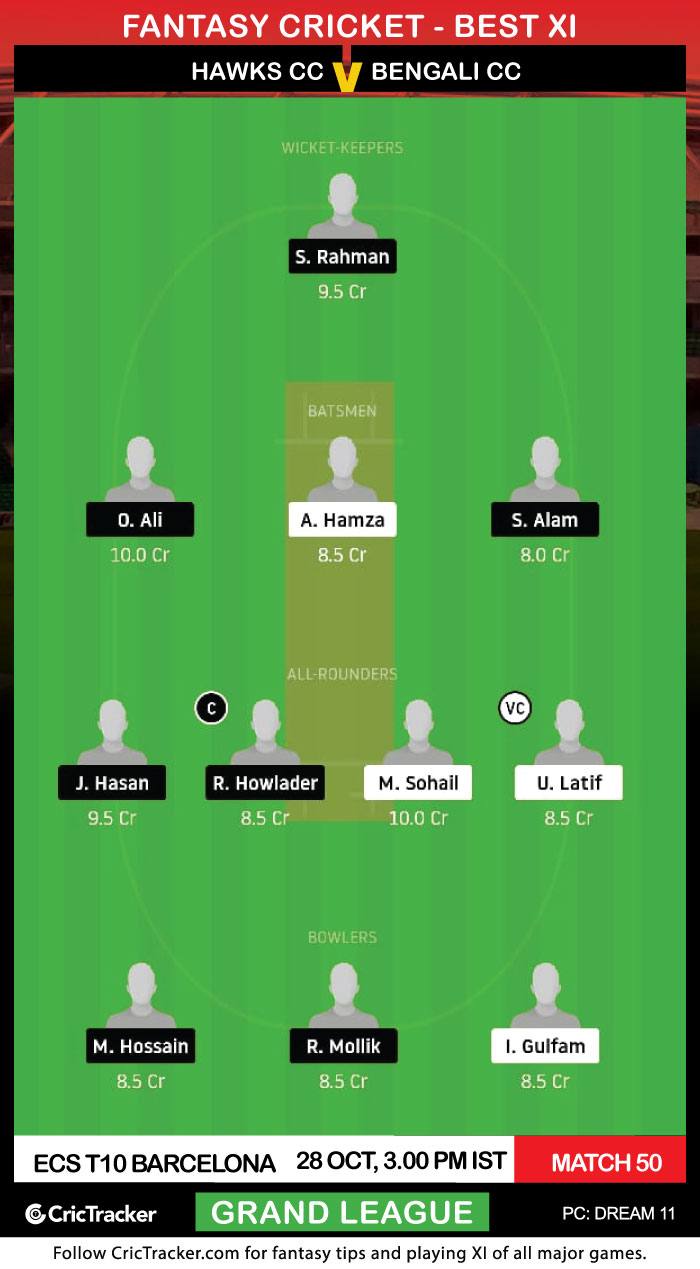 Jahid Hassan has picked up 2 wickets in the last match against United CC Girona. He is selected by less than 30% of users and and can prove to be a great differential.

Hawks CC are expected to win this match.