Raval Sporting CC are expected to cement their position in the top half by beating Hira CC Sabadell.

The 38th match of the ECS T10 Barcelona 2020 will be played between Hira CC Sabadell and Raval Sporting CC, at the Montjuic Ground, Barcelona.

In the 38th match, two teams who have struggled in the league so far will be taking on each other. Hira CC Sabadell have lost 3 out of their 4 games. However, they have momentum on their side as they got a one-wicket win in their last game against Gracia CC. They would look to continue their winning momentum in the upcoming game against Raval Sporting CC.

On the other hand, Raval Sporting CC is also coming on the back of a defeat against Falco Zalmi CC, by a big margin of 70 runs. This match is going to be the second game of the day. It is going to an extremely crucial tie for both the sides.

We are likely to have a complete game without any interruptions on Friday. The temperatures will be near the 20°C mark for the most part of the day. The chances of rain are negligible.

The track at Montjuic Ground has started to favour the batsmen a lot more than bowlers recently. However, there is still something in it for the seamers.

110 (Five matches played at this venue)

Bakhtair Khalid has piled up 119 runs to his name in 4 matches so far. He also has a wicket to his name.

Ishan Patel has grabbed 8 wickets in 5 games so far and can come in handy in this game once again.

Manish Manwani has picked 8 wickets in 5 games. Besides that, he has scored 51 runs also. He is looking in great form.

Gaurang Mahyavanshi has been good with the ball. He has picked up 8 wickets in 5 games and his economy rate of 6.80 runs per over is one of the best in the tournament.

IPL 2020: 3 Mistakes committed by the losing side in RR vs SRH 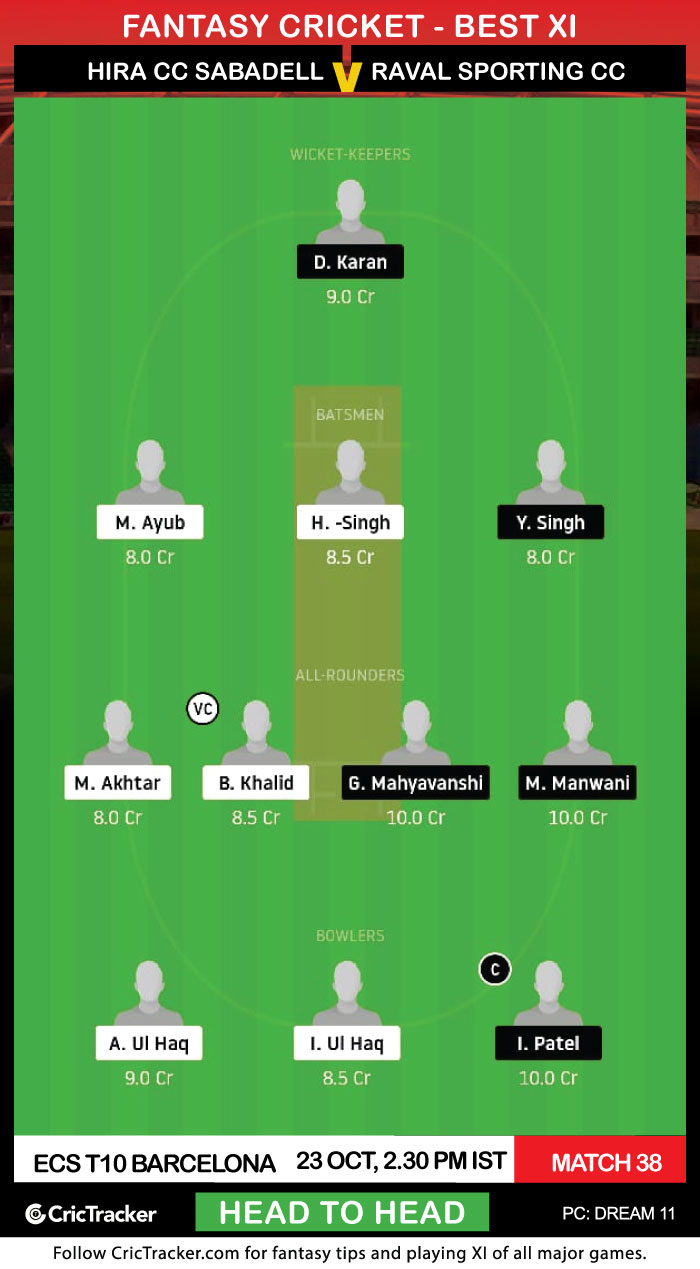 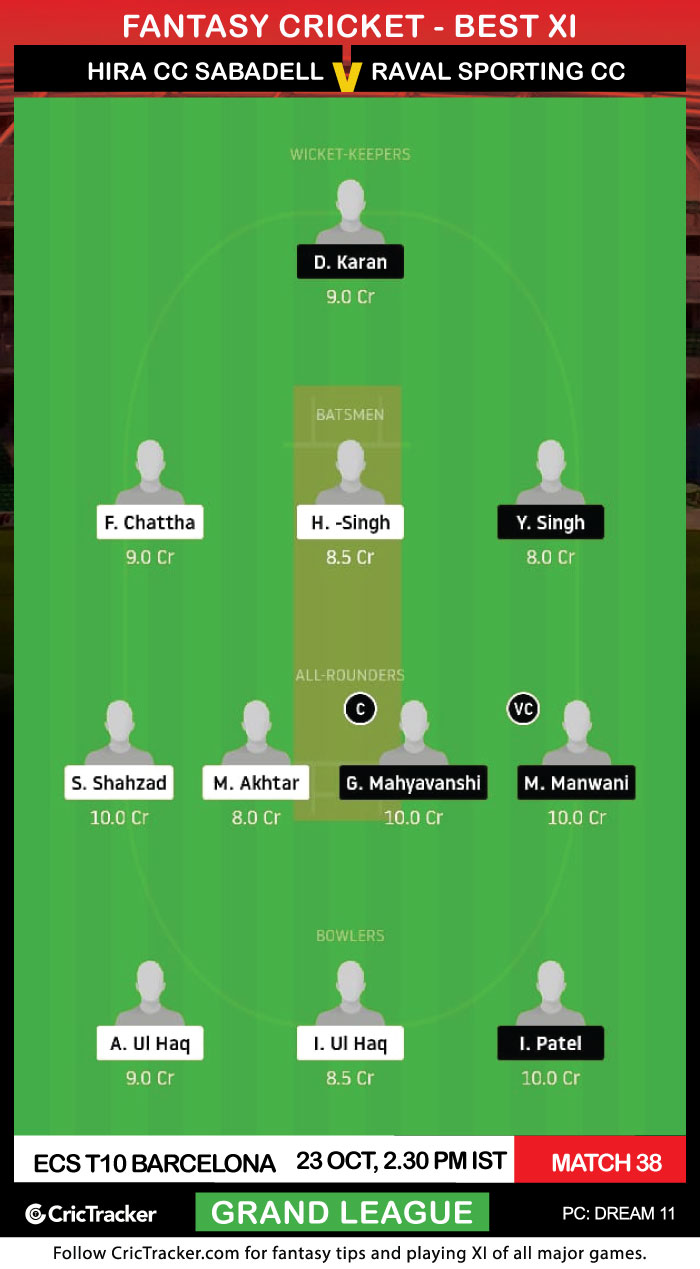 Mehmood Akhtar has picked 5 wickets in 4 games so far and is looking in great form. He is a must-pick for both of your Dream11 Fantasy teams.

Raval Sporting SC are expected to win this game.