Melbourne Stars are expected to get into the top 4 by beating Brisbane Heat. 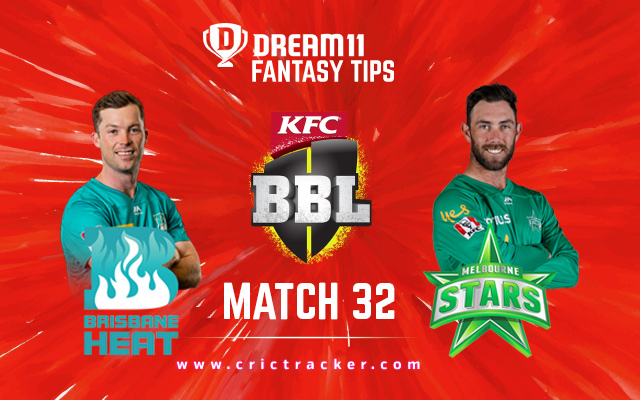 The 32nd match of the Big Bash League (BBL) 2020-21 season will be played between Melbourne Stars and Brisbane Heat at the Carrara Oval in Queensland.

This match will start at 3:50 PM IST (8:20 PM local time). It will be live on Sony Sports Network and live streaming is available on Sony LIV.

Melbourne Stars and Brisbane Heat, the two sides who will meet at Carrara Oval for the 32nd match of BBL 2020/21, are currently placed outside the top 4. The Stars are occupying the fifth position, having won 3 of their 7 games, while one game did not yield any result.

On the other hand, Brisbane Heat are sitting just behind them. They too have registered 3 wins, but have lost a game more than their opposition. While the standings might be worrying, what should comfort these two teams is that they both registered a win in their last game. Winning two on the trot, which both teams will aim for, will act as a spring in the steps.

This section is not something cricket fans will be cheerful about. There are considerable chances of the game getting washed out, as there are predictions for rain till 10 PM. However, the possibly heavy shower of the morning is likely to reduced to scattered drizzles by 3 PM, which is why we can hope for at least a rain-curtailed game.

This track will provide assistance to the batsmen. The team batting first should aim for a minimum of 170.

Jack Wood and Lachlan Pfeffer are back in Brisbane Heat’s squad, as Connor Sully and Jack Sinfield misses out.

Glenn Maxwell is having a fantastic BBL season. He has scored 255 runs at an average of over 50. Maxwell also has picked up 2 wickets.

Though Marcus Stoinis had a poor start to the campaign, he sprung to life in the last game. He scored a scintillating 97, which included 7 fours and as many sixes.

Chris Lynn batted well in the first two games but was ruled out for the next few games because of an injury. He made a comeback in the last match by scoring a crucial 30, which included 3 fours and a couple of sixes.

Mujeeb Ur Rahman has been a consistent performer in Brisbane Heat’s bowling unit. He has scalped 11 dismissals and has maintained an economy rate of just over 6 runs per over.

For the Stars, Liam Hatcher has arguably been the most lethal bowler. He has registered 10 wickets, which is the most by anyone from his team. 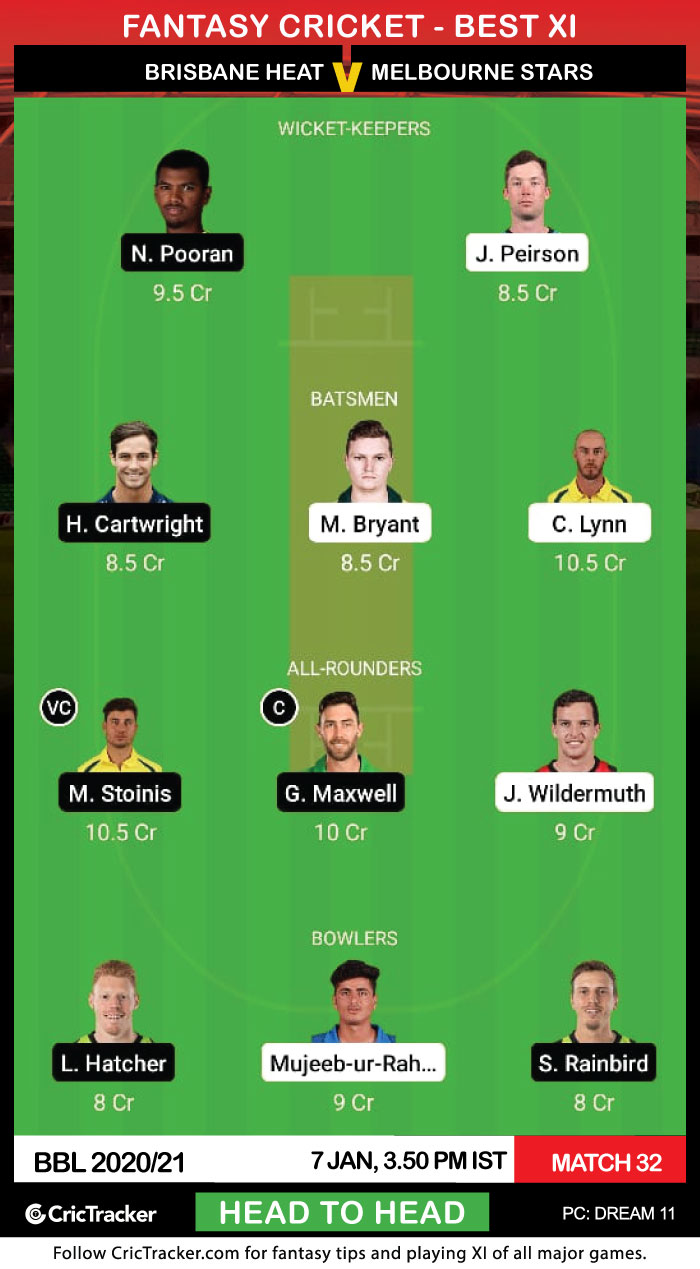 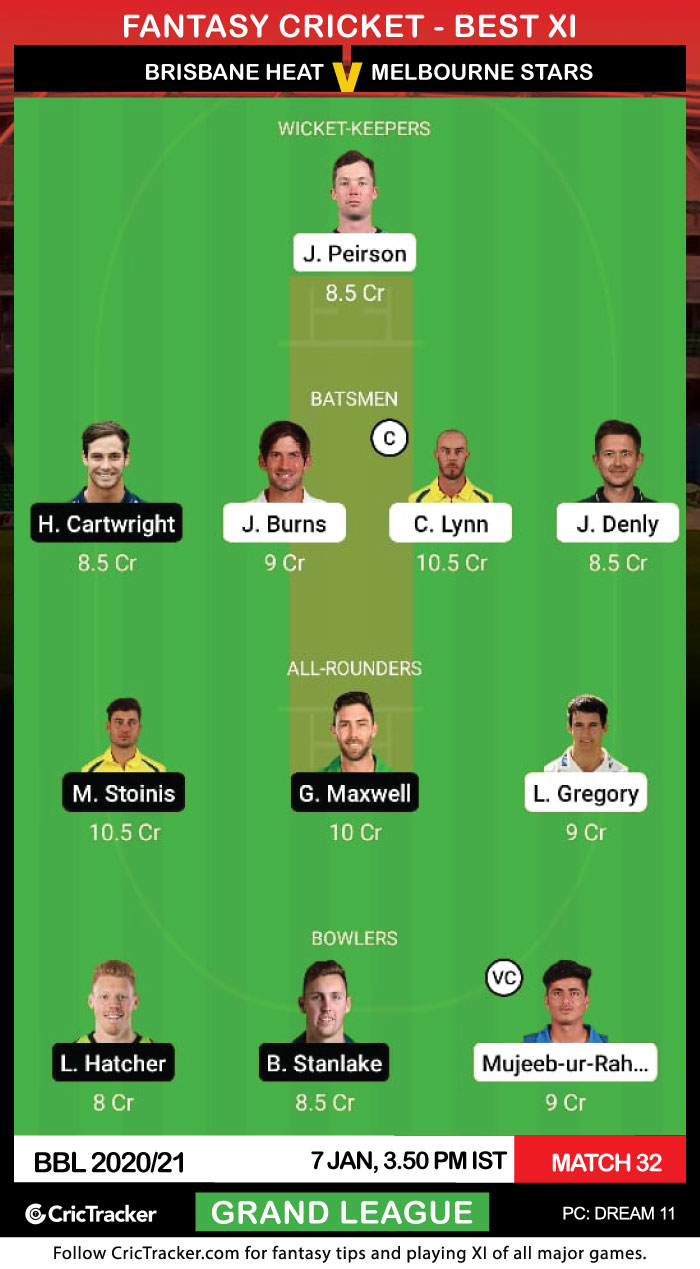 Sam Rainbird has picked up 3 wickets in the couple of matches he has played so far. He can also be handy with the bat and scored 15 runs in his lone innings. Rainbird can be a decent budget pick at merely 8.0 Cr.