iB Cricket Super Over League - All you need to know

iB Cricket Super Over League – All you need to know

iB Cricket Super Over League, will get underway on March 15 and ends on April 21.

The fans are all set to witness a never-seen-before spectacle in a game as the world’s first Virtual Reality Cricket League is in line to enthral the fans across the globe. The highly-anticipated competition, iB Cricket Super Over League, will get underway on March 15 and ends on April 21. The league phase will end on March 30 before the playoffs begin on April 6.

The tournament is just the perfect blend of slam-bang cricket and technology is bound to attract the fans of the sport not just in India but across the world. It is played in Virtual Reality wearing the VR glasses and their special equipment to bat and bowl. The players featuring are some of the biggest names from around the world.

Barring the players, who will just bat, the field, spectators, floodlights, banners as well as bowlers, fielders and umpire are all virtual but give you a feel of something as good as real. It maintains the entertainment factor as the thrill of watching epic chases and close finishes will keep the fans on their toes throughout.

iB Cricket gives the most realistic, action-packed experience of playing cricket in world-class stadiums. Enjoy the ultra-realistic graphics, advanced motion controls and breathtaking visuals to live game of cricket like never before. Step into magnificent life-like stadiums and hit sixes as the crowd cheers you on.

This vSport is the perfect destination for your teams to play together, refresh and revive. Come with your friends, take part in exciting challenges, make a dashing score, enjoy each other’s gameplay or compete as a team. There’s no limit to the incredible fun, sporting enthusiasm, and excitement of playing iB Cricket.

Predominately, two-star cricketers will compete with each other in a super over match. The upcoming tournament will have a total of 12 matches played between 4 teams and is to be aired on OTT platform Viu. 12 high-profile names will take part in it in a Round-Robin format. Each player will play a match with the player from another team. Likewise, the three players of one team compete with three players from 3 different teams. Every team will play 3 matches, thus totalling the number to 6 matches. 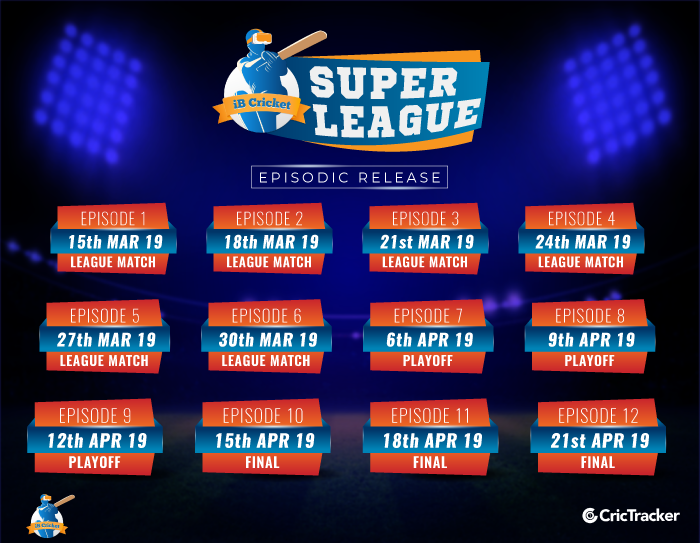