Rishabh Pant is set to make it into the Playing XI for the fourth ODI.

Skipper Aaron Finch and Usman Khawaja led the charge for Australia when they faced India in the 3rd ODI. Their opening partnership of 193 runs placed their team ahead of the opposition by miles. Even though they didn’t finish as they’d have liked, Australian bowlers have a big enough total that they could defend.

In the second innings of the game, Adam Zampa was the man who did the job for Australia. By picking up the wickets of Virat Kohli, MS Dhoni and Kedar Jadhav, he ensured that the hosts couldn’t reach the target. Ultimately, India fell short by 32 runs as Australia won their first game in this series. Both the teams, confident in their own ways, will enter into the fourth ODI. While one team will look to win the series, the other will want to level it.

The 4th game of the 5-match ODI series between India and Australia will be hosted by the PCA Stadium in Mohali.

It will be a flat track at Mohali and the dew will play a crucial part in the game. 15 out of the 24 games at this venue were won by the teams batting first.

MS Dhoni is set to be rested for the last two ODIs.

Nathan Coulter-Nile returned to Australia for the birth of his 2nd child.

His longest streak without a 50+ score vs Australia as an opener. 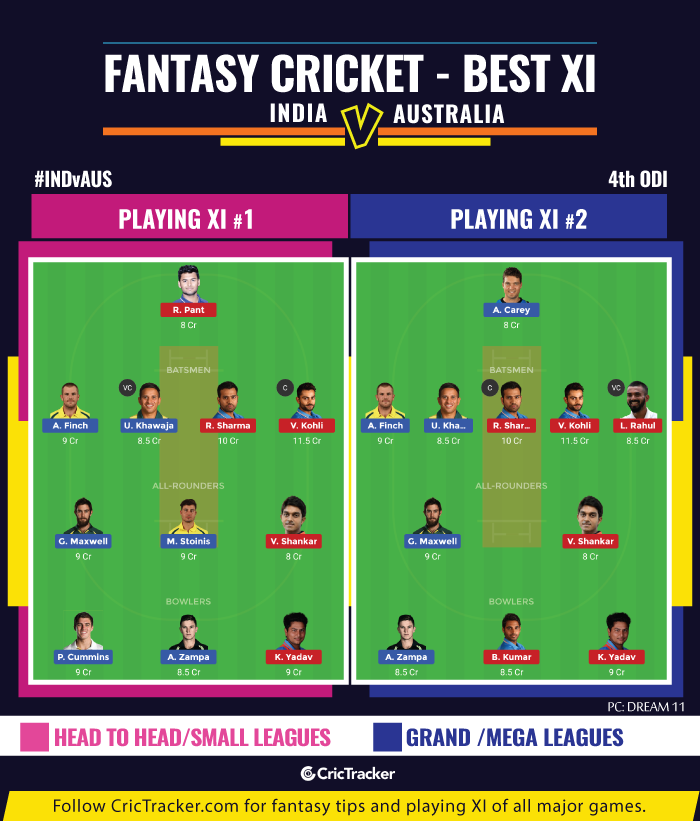 India is expected to make some experiments. KL Rahul could replace one of Dhawan and Rayudu. Chahal could get a game. So could Bhuvneshwar Kumar.

The team batting first is predicted to win the match.