The Black Caps must be high on confidence after finishing as the runners-up in the T20 World Cup 2021.

India and New Zealand are set to face each other in the first T20I of the three-match series on Wednesday, November 17 at the Sawai Mansingh Stadium, Jaipur. The series is Rohit Sharma’s first assignment as the full-time skipper of India’s T20I team and he’d like to get off to a winning start.

The Men in Blue won three matches in a row in the T20 World Cup, although they couldn’t qualify for the playoffs. The Black Caps, on the other hand, became the runners-up of the mega event, but they won’t be having the services of Kane Williamson. Tim Southee will lead the Kiwis in his absence.

Jaipur is yet to host a T20I, albeit the venue has hosted plenty of the matches in the IPL. The scores stay on the higher side at the venue and a fairly high-scoring game seems to be in store. Batting second should be the preferred option.

Rohit Sharma has looked in pretty decent touch with the bat in hand of late. Although he failed in the first two games in the World Cup, he found his mojo back in India’s last three Super 12 matches. The veteran scored 174 runs from five games at an average of 34.80. If the Indian skipper gets going, the Black Caps would be in for a lot of trouble.

Trent Boult was arguably the standout bowler for New Zealand in the T20 World Cup. The speedster was on his mark throughout the tournament as he picked up 13 wickets from seven matches. In the match against India, he picked up three wickets for just 20 runs. Boult will now be looking to make early inroads into the Indian batting in the T20I series. 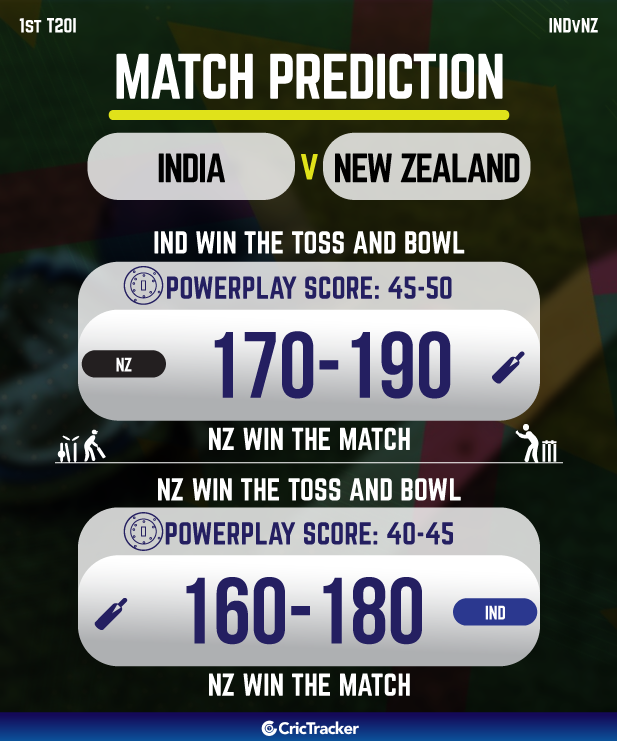