The previous T20I series between India and Sri Lanka ended in the favour of the island nation last year.

After a thumping win against West Indies in the limited-overs series, India will be facing another challenge from their neighbouring nation Sri Lanka in a three-match T20I series starting from the 24th of February. India has opted to rest big guns like Virat Kohli and Rishabh Pant for the T20I series and they will be back for the longer format. Sanju Samson has earned a recall into the side as a backup wicketkeeping option for Ishan Kishan and the series is expected to be a big opportunity for the youngsters.

Meanwhile, Sri Lanka is coming off a 1-4 loss in Australia and they managed to string some positives together towards the end of the series. Pathum Nissanka had an excellent series with the bat while Lahiru Kumara with his pace was very much impressive. They will miss the services of their match-winner Wanindu Hasaranga due to Covid-19 as he can turn around games with both bat and ball. The previous series between these two sides ended in the favour of Sri Lanka last year.

The wicket has been suitable to fast bowling so far and both teams will be looking to stack their bowling department with pace. Batting first has produced better results on the wicket and the captain winning the toss might be tempted to put a score on the board despite the dew factor coming in.

IND vs SL Head to Head

Shreyas Iyer was in and out of the side for the West Indies T20Is and it was unfortunate that he had to be benched in the first two games. He did get his chance in the third game but could manage just a quickfire 25 off 16 balls despite looking good in the limited time he was out in the middle. The right-hander will be looking to prove his credentials with the bat with Suryakumar Yadav missing out for this series and there aren’t many spots in the Indian side available at the moment once the regulars return.

Harshal Patel has been a revelation ever since coming into the Indian side and has made a strong statement for his selection with the T20 World Cup coming up this year. The Haryana all-rounder was one of the biggest positives for India from the West Indies series and he has handled pressures really well despite being new to international cricket. The 31-year-old will be very tough to cope with for the Sri Lankan batters because of the variety he possesses. 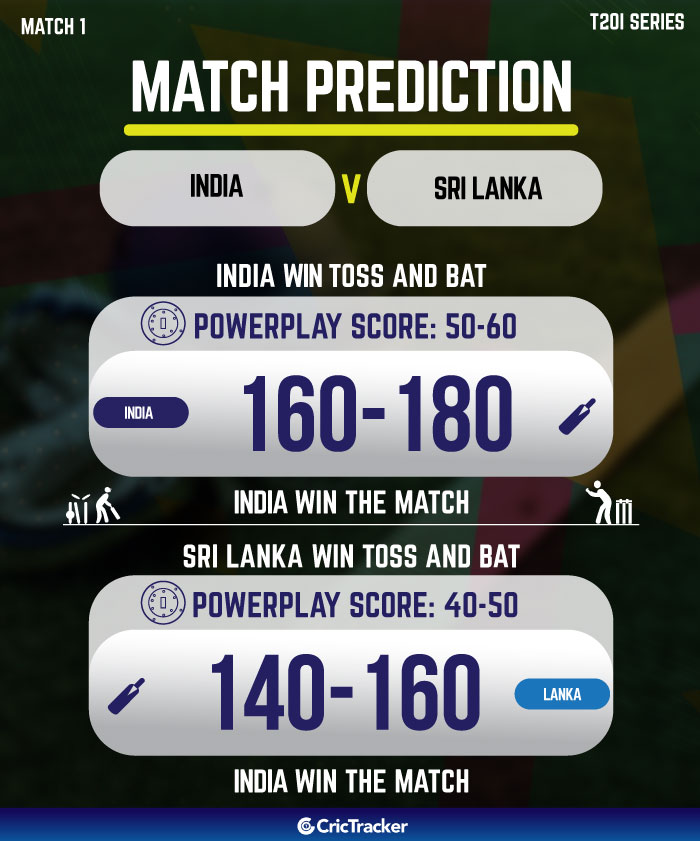