Here is all you need to know for both the teams before picking your Fantain XI and Dream11 for Kolkata vs Mumbai.

Mumbai and Kolkata will meet for their double-header in the last league game of Indian T20 League 2019. Kolkata, after a 7-wicket win over Punjab, are still in the race of the playoffs, but if Hyderabad beat Bangalore, Kolkata are likely to get disqualified. Mumbai, on the other hand, will go out all guns blazing to ensure that they remain on top 2 to get a better chance to play the finals.

Although Kolkata beat Mumbai in their first game of this season, their overall record against Mumbai is very poor, and beating the Rohit Sharma led side at the Wankhede will definitely not be an easy task. Here is all you need to know for both the teams before picking your Fantain XI and Dream11 for Kolkata vs Mumbai.

After making a lot of experiments, Kolkata seem to have finally struck the right chords. Sandeep Warrier in place of Prasidh Krishna is doing fine, and Shubman Gill is doing good as well as an opening batsman, in place of Sunil Narine, who now comes out to bat on no. 5. Also, Andre Russell has been promoted to no. 3.

Mumbai will also more or less go with the same team combination. Rohit Sharma, who has a good record against Kolkata, will be hoping to make it count this time around 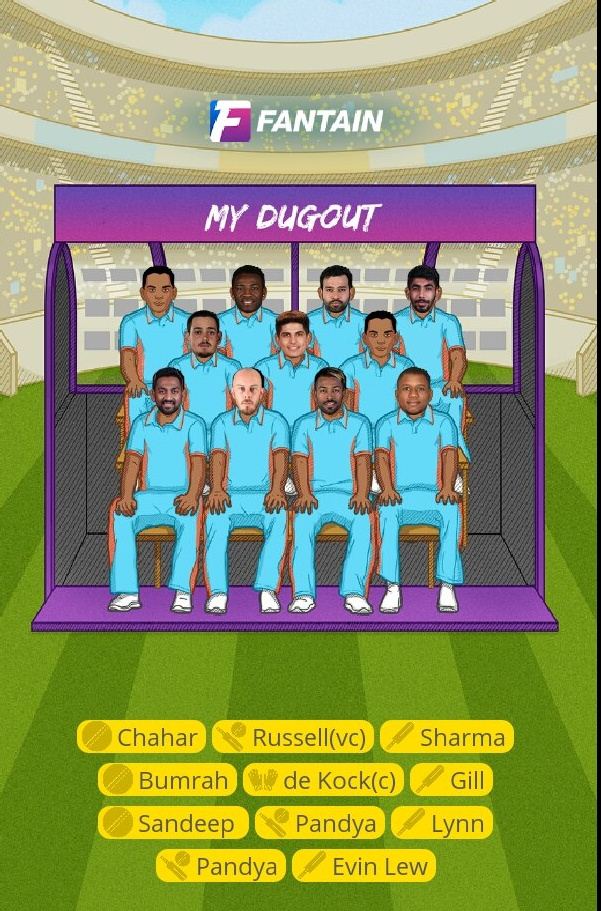 Captain Rohit Sharma did not do anything substantial in the first meeting with Kolkata this year and was also dismissed very early in Mumbai’s last game against Hyderabad. However, he has an overall good record in both Wankhede as well as against Kolkata and will be looking to lead from the front in this crucial encounter through which they can remain on Top 2. For your Fantain captain, Sharma is a good candidate.

Andre Russell, Kolkata’s MVP, who was also the star player in the previous Kolkata vs Mumbai encounter, befittingly is a good option for the vice-captain slot.

Fantasy Tip – Sandeep Warrier replaced Prasidh Krishna in the playing XI in the last two games, and was Kolkata’s best bowling performer in both the games. Among Kolkata’s lacklustre bowlers, Sandeep will once again have to do his best at the Wankhede. 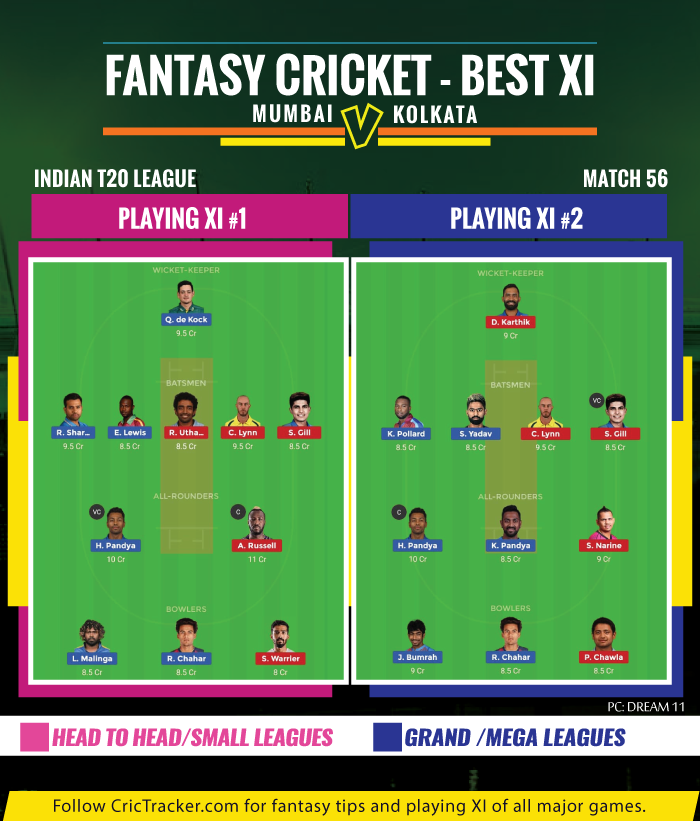 Fantasy Tip – Chris Lynn has been in good form with two back to back crucial knocks. In what is a do-or-die game, the big hitter will be giving his cent per cent on the crease.