David Willey has pulled out of the IPL due to some family reasons.

Chennai Super Kings (CSK) have started this edition’s Indian Premier League (IPL) on a grand note with a couple of victories against Royal Challengers Bangalore (RCB) and the Delhi Capitals (DC). The team is currently in the second position of the points table with only Kolkata Knight Riders (KKR) above them. Their next game is against the Rajasthan Royals (RR), who have made a poor start to this season.

The game would be played at the MA Chidambaram Stadium in Chennai, the pitch of which turned out to be slow and slow in the tournament opener. The Royals are languishing at the bottom half of the points table with defeats in their first two games. Overhauling CSK’s class and venom in the latter’s den won’t be a cakewalk for the Ajinkya Rahane-captained team by any stretch of the imagination.

The 12th game of the IPL between CSK and RR will be hosted by the MA Chidambaram Stadium in Chennai.

The conditions will be taxing for the players as the temperatures will be around the 35-degree mark. Even the humidity will be on the higher side, hovering around the 70 percent mark. It goes without saying that the players need to stay hydrated in order to be up and running.

David Willey has pulled out of the IPL due to some family reasons. 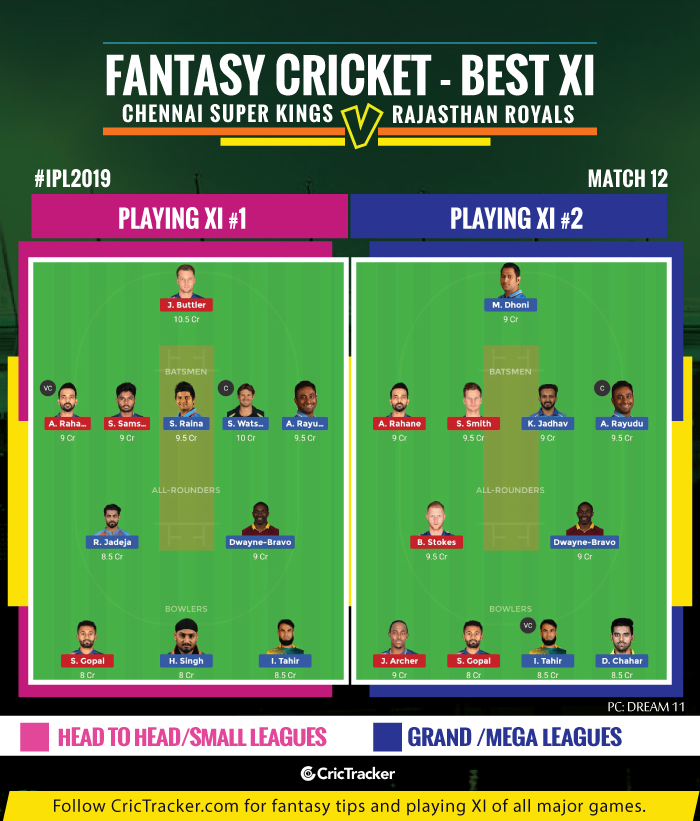 The Chennai track was a spinner’s paradise last time around when CSK played RCB. Hence, one may try and pick as many spin bowling options in the lineup.