The way Shreyas Gopal bowled in the match was great to watch.

By winning the game against the Royal Challengers Bangalore, the Rajasthan Royals finally got off the mark in IPL 2019. Even though they performed well and came close in their first three games, they failed to get past the line. But against RCB, they ensured that they get through and added two points to their tally. Shreyas Gopal was the star for the home team in this game.

He picked up three wickets in the match including the likes of Virat Kohli, AB de Villiers and Shimron Hetmyer. In the chase, Jos Buttler found his touch back after consecutive failures in the last two games. RCB never had the bowlers to defend a below-par total and they continue to slump at the bottom of the points table.

Virat Kohli and his men were put into bat first in this match. Marcus Stoinis was roped into the eleven along with Akshdeep Nath and Navdeep Saini. However, it was the skipper who walked out to bat along with Parthiv Patel. Kohli had a miserable stay out in the middle and struggled his way through to 23 off 25 balls. Shreyas Gopal, with a beautiful googly, got through his gate and bowled him out.

AB de Villiers also failed to pick the googly from Shreyas Gopal and returned a straight forward catch to the bowler. Meanwhile, Shimron Hetmyer edged one to the keep off the leg-spinner’s bowling. Parthiv Patel was the lone warrior for the visitors. He played great cricketing shots and hit nine fours and one six in his inning.

However, he got out in the 18th over of the match when he tried to hit Jofra Archer for a six. Marcus Stoinis crawled his way to 31 off 28 balls while Moeen Ali played a handy cameo of 18 from 9 balls. RCB finished with 158/4 on the board after 20 overs.

Jos Buttler sets the tone for RR in the chase

Rajasthan Royals’ skipper Ajinkya Rahane got out for just 22 runs in the chase. Yuzvendra Chahal dismissed the opener leg before wicket. However, his partner Jos Buttler played a great knock. Like he usually does, he took the attack to the bowlers and scored a valuable 59 which came off just 43 balls. He hit 8 fours and 1 six before the same bowler, Chahal, dismissed him.

Steve Smith then decided to play cautious cricket and kept the required run-rate under check. He still has got heavy strapping around his elbow and isn’t able to manufacture shots with full power. Yet, he made 38 off 31 balls before he got out in the penultimate over of the game. 5 runs were needed off the last over and the game went down till the last ball. Rahul Tripathi finished things off in style with a six as RR registered a 7-wicket win.

Man of the Match: Shreyas Gopal 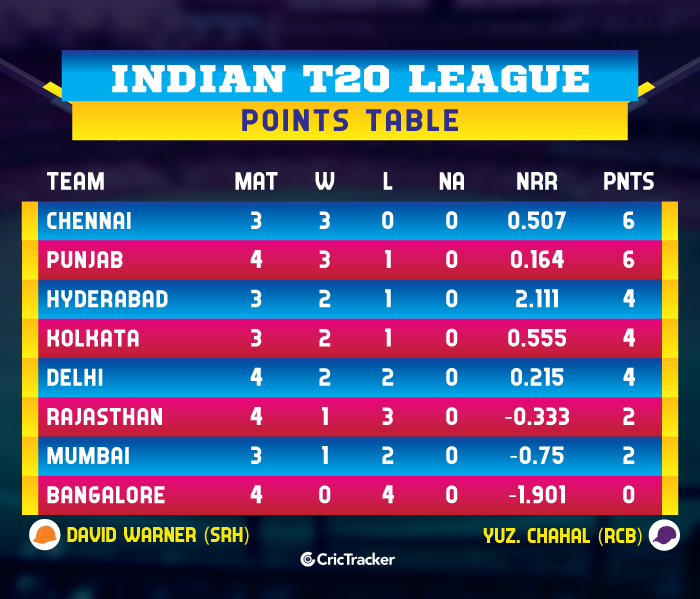