IPL 2019: Match 32, KXIP vs RR, Review – All-round Ravi Ashwin leads his side to an excellent win

IPL 2019: Match 32, KXIP vs RR, Review – All-round Ravi Ashwin leads his side to an excellent win

The match between the Kings XI Punjab and Rajasthan Royals was an impressive one. Even though it was in favour of the home team for the most part of the game, the visitors gave some excitement with some good batting towards the end. However, Kings XI Punjab was always in control. Skipper Ravichandran Ashwin led his team from the front in this game.

He scored 17 runs off 4 balls with the bat and picked up two wickets as well. With assistance from KL Rahul, David Miller and the other players, Kings XI Punjab won the match comfortably by 12 runs. The Royals experimented a lot with their eleven as well as the batting order which backfired. This is the fifth win of the tournament for Ravichandran Ashwin and his men.

Moises Henriques was set to make his debut for the Kings XI Punjab in this match. However, minutes before the toss, he twisted his ankle and hence David Miller had to walk in as a last moment replacement. It was Ajinkya Rahane who got the call right and elected to bowl first. After the initial blitz, Chris Gayle got out to Jofra Archer for 30 runs.

Number three batsman Mayank Agarwal tried to take the attack right from the first ball. He hit two sixes and one four in his innings before he took the long walk back to the pavilion after piling on 26 runs. Miller was impressive in this game. However, just like earlier, he failed to convert his start and got out after scoring 40 runs from 27 balls.

KL Rahul played an uncharacteristic knock. He started extremely slow and then might have wanted to accelerate at the end. However, he could only make up for the balls he consumed early on and was dismissed for 52 off 47 balls. Ravichandran Ashwin finished the innings well for Punjab by hitting two sixes off the last two balls. KXIP had a good score of 182/6 at the end of 20 overs.

The Royals lack the firepower at the end

Instead of Ajinkya Rahane, it was Rahul Tripathi who was given the chance to open the innings with Jos Buttler. After the ‘mankading’ incident in the last match between these two sides, fireworks were expected from the English cricketer. However, he failed to deliver and could only get 23 runs from 17 balls in an innings that included two sixes and one four. Sanju Samson walked out at three and scored 27 runs before Ravichandran Ashwin got him clean bowled.

Rahul Tripathi played a knock very similar to that of KL Rahul. He took 45 runs to score 50 runs and got out immediately after he got to the milestone. 56 runs were required off the last four overs when the debutant Ashton Turner walked into the bat. He had skipper Ajinkya Rahane for company. However, the Australian registered a first-ball duck and there were no Mohali heroics this time around.

Between overs 10 and 17, the visitors could only score 48 runs and lost 3 wickets. The equation was thus down to 50 required from 3 overs. Even though Stuart Binny tried hard with an unbeaten 33 from 11 balls towards the end, his efforts fell short. It was the death bowling which ultimately cost RR the game.

Man of the Match: Ravi Ashwin 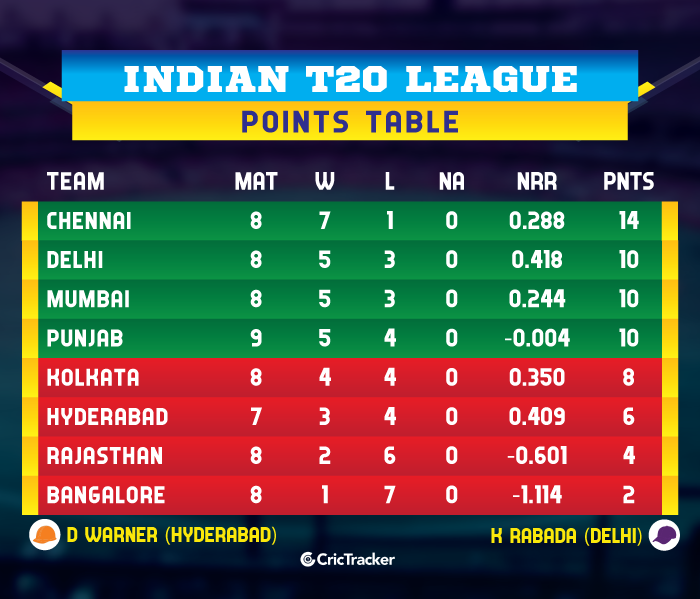