IPL 2019: Match 39, RCB vs CSK, Review – Hosts survive the MS Dhoni scare to live on to fight on another day

IPL 2019: Match 39, RCB vs CSK, Review – Hosts survive the MS Dhoni scare to live on to fight on another day

The way Deepak Chahar and MS Dhoni set Virat Kohli up was one of the highlights of the match.

The Chennai Super Kings (CSK) have made it a habit to take games into the last over and give the fans a heart attack. However, it wasn’t their night to prevailed in this match. The Royal Challengers Bangalore (RCB) brought out what could be possibly deemed their best performance of this season. This match went right till the final ball.

CSK needed 26 runs to win the match and MS Dhoni tried his level best to take the team over the line. Just two runs were required off the final ball but the wicketkeeper-batsman could not connect. Parthiv Patel pulled off a brilliant run out to dismiss Shardul Thakur on the last ball. Despite the loss, Dhoni proved that he has still got a lot left in him.

At the halfway mark, Chennai was never in the game. But to have the game that close was something very special from MSD, who also registered his highest score in the IPL.

Parthiv Patel helps RCB get to a decent total

The Chinnaswamy is a batting paradise and CSK had no doubts about choosing to field after winning the toss. MS Dhoni and Deepak Chahar set up Virat Kohli extremely well and got the big fish early on. The pacer attacked in the 6th or 7th stump line with a gully fielder and no third man. Thus, Virat was forced to go for the drives rather than diverting the ball to the third man. The gamble worked. First, he edged one and got a four. But the next ball carried straight into the gloves of MSD.

AB de Villiers and Parthiv Patel tried to attack during the powerplay. The South African got out to Ravindra Jadeja after scoring 25 runs. Akshdeep Nath also played an exactly similar shot and holed out to long-off after scoring 24 runs. With Marcus Stoinis and Parthiv Patel also being dismissed for 14 and 53 runs respectively, RCB was in a slight bit of pressure. But Moeen Ali finished things well with a 16-ball 26 as RCB got to 161 in 20 overs.

Dale Steyn seems to be hungrier than ever for wickets and bowled one of his best IPL spells in this match. He dismissed both Shane Watson and Suresh Raina in the first over of the game bringing CSK down to 6/2. His energy rubbed off on the other bowlers as well as Umesh Yadav picked up two. Faf du Plessis and Kedar Jadhav played poor shots and couldn’t handle the pressure well. They got out for 5 and 9 runs respectively as Chennai was brought down to 28/4.

At this point, MS Dhoni and Ambati Rayudu built up a watchful partnership. Just as he was looking set and dangerous, Yuzvendra Chahal got rid of the latter for 29 runs. The CSK skipper then took things under his control. Even though he started slow, he shifted gears at the right time. However, after the kind of start that they got, the required run rate scaled sky high. The game went deep and 26 runs were needed of the last over and Dhoni was the only recognised batsman in the middle.

He started the over with a four and followed it up with two sixes off the bowling of Umesh Yadav. Two runs came off the fourth ball over the over. This brought the equation down to 8 from the last two balls. MS Dhoni hit a six off the second last ball but couldn’t hit the last ball out. Shardul Thakur tried to sneak a bye but was run out by Parthiv Patel as RCB won the match by 1 run.

Man of the Match: Parthiv Patel 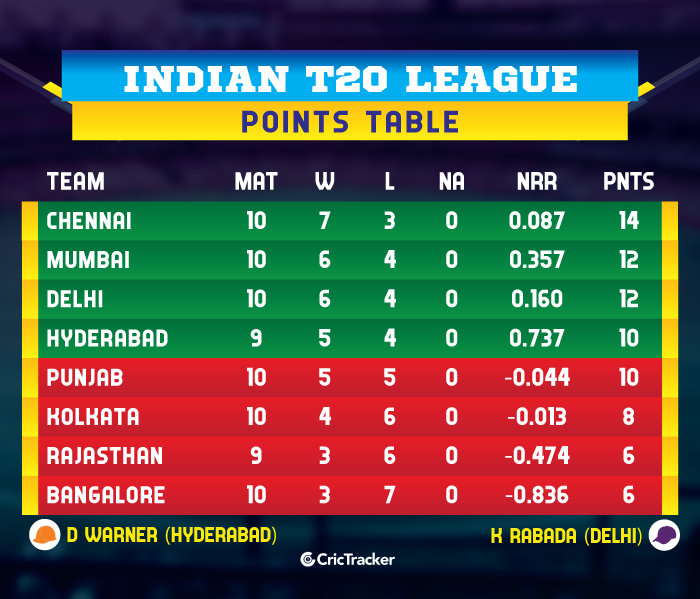