RCB will be without Dale Steyn and Moeen Ali hereon in the tournament. 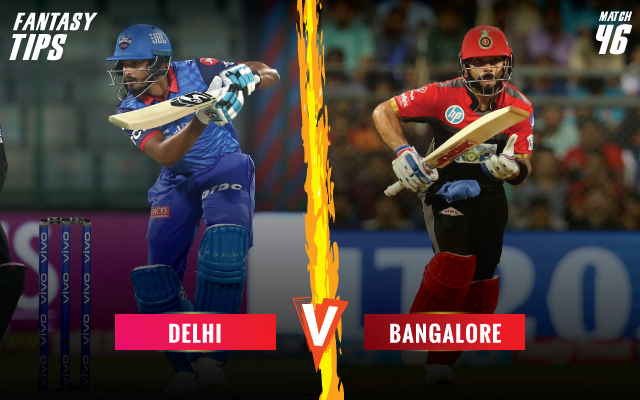 The Royal Challengers Bangalore (RCB) won their third match in succession, their last victory coming against the Kings XI Punjab (KXIP) at the M Chinnaswamy Stadium in Bengaluru. Even after six defeats in their first six games, the Virat Kohli-captained teams still remain in the hunt for a berth in the playoffs. Their next game is against the in-form Delhi Capitals (DC) at the Feroz Shah Kotla in New Delhi.

The Capitals, on the contrary, started slowly but picked up gradually. Two days ago, a blistering knock from Rishabh Pant took them over the line against the Rajasthan Royals (RR) in Jaipur. That victory also took them to the top of the points table before being pushed down to number three. However, Shreyas Iyer & Co again have the chance of reclaiming the top spot, if they manage to roll over RCB.

The 46th game of the IPL between DC and RCB will be hosted by the Feroz Shah Kotla in New Delhi.

According to Accuweather, the temperature will start at 43 degrees Celsius at 4 pm and will come down to 36 degrees Celsius by the time the game ends. The humidity won’t be on the higher side with the number below the 20 per cent mark. The players have to stay hydrated in the hot conditions.

The track at Kotla has mostly been merciful to the team, batting second. But all the previous matches were played under the lights with dew playing its part. The conditions in the upcoming game will be different. The pitch has shown signs of spin and under the sun, the tweakers may have a bigger role to play, especially in the first half. Teams may again choose to field first.

Dale Steyn has been ruled out of the tournament due to a shoulder injury. 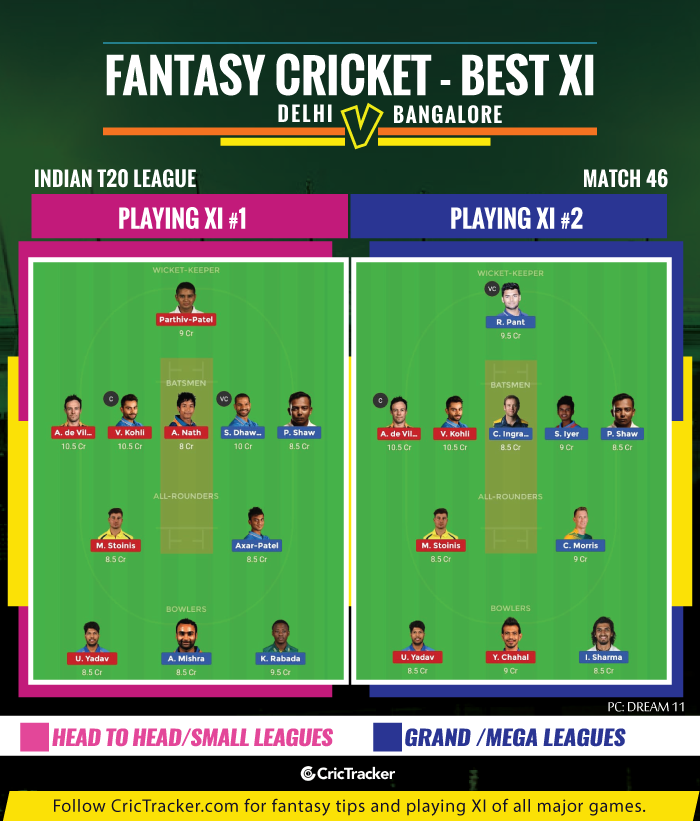 It is advisable to go for more spinners than pacers, keeping in mind the playing conditions.

The Capitals are likely to beat RCB and win the match.