Make the wicketkeeper you pick, either captain or vice-captain for this game. 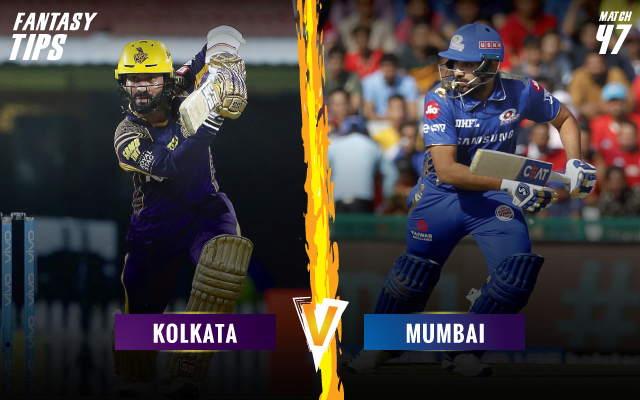 If there was one thing to avoid, Kolkata Knight Riders (KKR) would’ve hoped to skip playing with Mumbai Indians (MI). Their record against the Rohit Sharma-led side is not so good and play them twice out of the three games left in the league stage. While MI look set to qualify for the playoffs, KKR are struggling completely with a six-match losing streak. They need to win their remaining three matches and then hope for other results to go their way to have a chance of going through.

It seems like KKR’s woes are not ending any time soon. They botched up a strong position against the Rajasthan Royals (RR) and can now become the first team to be knocked out of the tournament. The changes in their line-up look inevitable and Kuldeep Yadav is likely to come in for Prasidh Krishna after a two-game break. Matt Kelly might also make his IPL debut at the expense of Carlos Brathwaite whose role doesn’t seem to be clear at the moment. MI will most likely go unchanged after their victory over CSK at the Chepauk.

The 47th game of the IPL between RR and SRH will be hosted by the Eden Gardens in Kolkata.

The temperature will be hovering around 29-30 degrees Celsius in Kolkata during the game. There will be a lot of humidity and the dew will also play an important role, especially in the second innings. Whichever team bats first, they will have to score 20 runs more in order to negate the effect of dew. No wonder, the team winning the toss will opt to field.

The Eden wicket looked different in the previous encounter. The new ball moved around but the conditions got easier to bat on after the first few overs. Teams have to plan accordingly and if they manage to do that, another high-scoring game will be on the cards. Chasing will be preferred without a doubt.

Beuran Hendricks joined the MI camp ahead of their previous game. 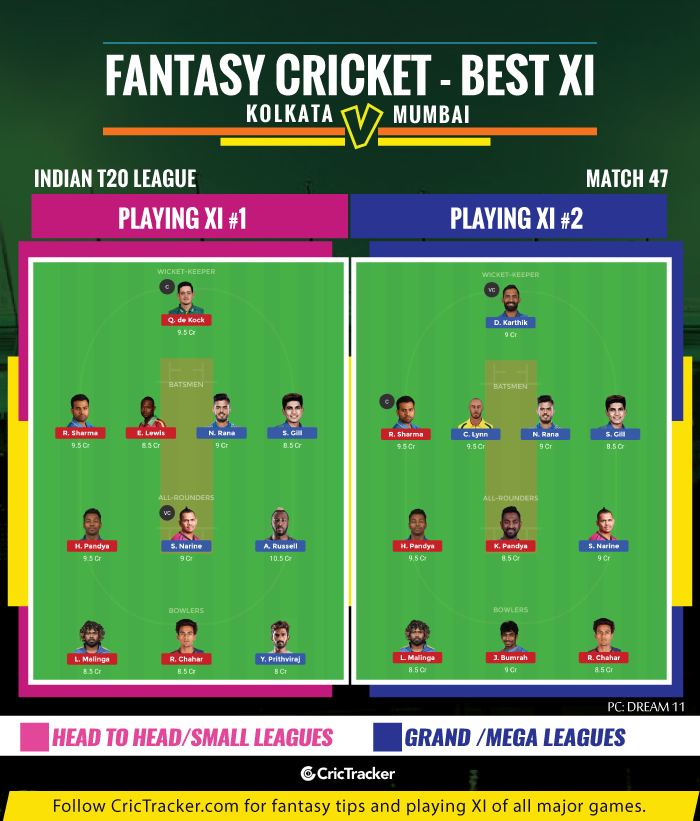 Whichever wicketkeeper you pick, make him either captain or vice-captain.

Shubman Gill is a great talent and a good knock might be just around the corner for him. If you fancy taking a risk, then make him captain in grand league. Chris Lynn is also a good option for the multiplier.

MI have always had a lid over KKR and they have an excellent 7-2 record at the Eden. The trend of Mumbai winning should continue given the Knight Riders’ current form.