Among Rahul, Gayle and Warner, who would you make captain or vice-captain? 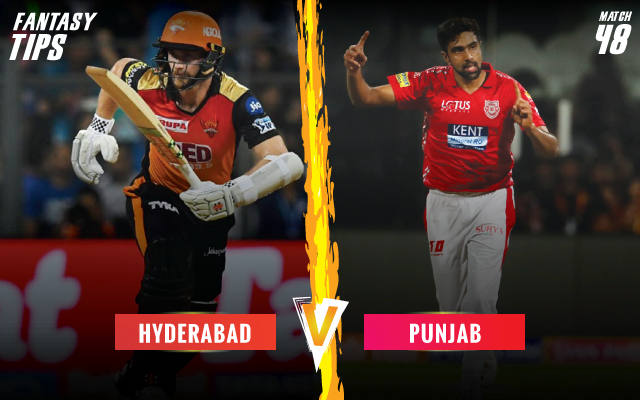 The Sunrisers Hyderabad (SRH) following their defeat against the Rajasthan Royals in Jaipur now finds themselves in a must-win scenario for the remaining games. Jonny Bairstow’s departure has hurt them severely, though the middle-order is starting to find its feet. The team would be in grave trouble if they manage to lose their upcoming match against the Kings XI Punjab (KXIP) at home in Hyderabad.

Meanwhile, Punjab is in a similar situation as SRH, having won five of their 11 matches in the T20 championship. Moreover, Ravi Ashwin & Co. need to take care of their Net Run Rate which is currently at -0.117. KXIP edged past the Sunrisers in Mohali and they will be looking to do the same in the away fixture as well. It can be said that the teams are fighting for the fourth spot in the table.

The 48th game of the IPL between SRH and KXIP will be hosted by the Rajiv Gandhi International Stadium in Hyderabad.

According to Accuweather, the temperature will hover between 31 degree Celsius and 34 degree Celsius. The humidity will also be on the lower side with the numbers between 31 and 36 per cent. There will be a bit of dew, but it isn’t expected to affect the game much.

The track at this venue has been decent enough for batting but has shown signs of slowing down with the progression of the game. The spinners have tasted success and it goes without saying that the batting team needs to make optimum utilization of the mandatory powerplay after which batting may get a little tough. As of now, the team batting first and batting second have tasted three wins each.

(Will be updated when there is one) 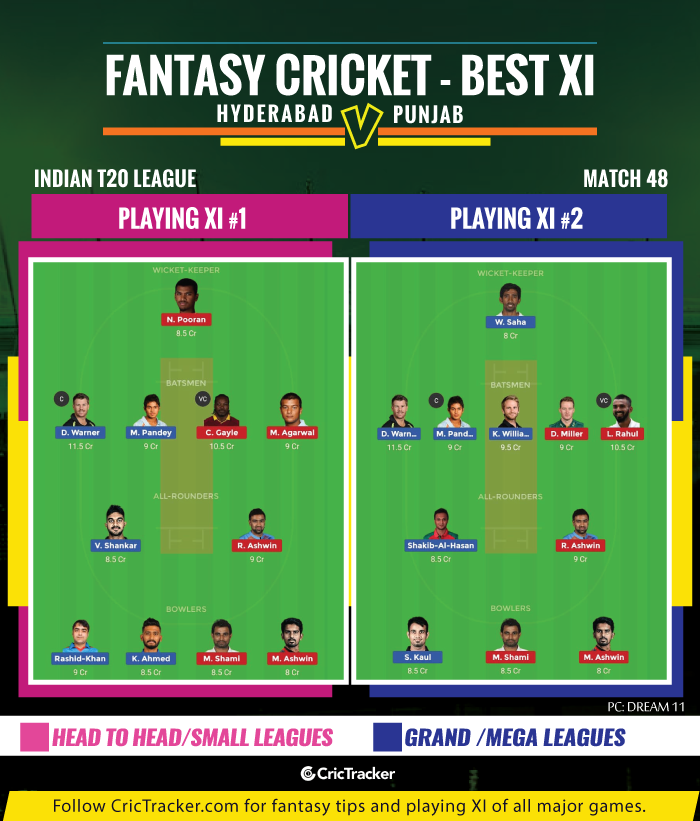 All of Warner, Rahul and Gayle have credits of above 10 and has an aggregate of 32.5 credits. Going by recent form, Warner shouldn’t be left out. In that scenario, any one of Gayle and Rahul can be picked.

The team batting second should be able to get over the line.