Evin Lewis, Colin Ingram and Munro were few of the top names to go unsold.

Like every year, even this time around, the Indian Premier League (IPL) auction managed to stun many. A total of 338 players were shortlisted to go under the hammer but many players’ name didn’t even pop up during the event which took place in Kolkata. Out of the 73 available slots, 62 were filled among which 29 were foreign players and as many as 64 players went unsold with 212 players’ names not coming up during the event.

Yusuf Pathan, Colin de Grandhomme, Cheteshwar Pujara, Hanuma Vihari and Stuart Binny were the first ones who didn’t find any bidders in the first set of the day. Yusuf played for the Sunrisers Hyderabad (SRH) in the previous season and returned with not-so-good numbers after which the franchise released him and unfortunately, he won’t be part of the IPL next year.

De Grandhomme, the Kiwi all-rounder, didn’t have fruitful outings for the Royal Challengers Bangalore (RCB) after playing for the last couple of years. And it didn’t surprise many that he went unsold in the auction.

Lewis, Ingram, Munro among few others to find no bidders in IPL auction

Interestingly, Bangladesh’s Mushfiqur Rahim went unsold who had put his name in the auction only after one of the franchises had requested him to do so. Rather the veteran had pulled out of the event earlier. Among the shortlisted Afghanistan players, only Zahir Khan and Noor Ahmad got a chance to go under the hammer and even they couldn’t attract any bids.

Few surprises were in store for the capped batsman set later in the day where the likes of Colin Munro, Evin Lewis and Colin Ingram went unsold. Munro and Ingram were with the Capitals until the last season and the duo returned with 84 runs (4 innings) and 184 runs (12 innings) respectively. This led to the DC parting ways with them and they won’t be featuring in the upcoming IPL edition.

Evin Lewis, on the other hand, played only three matches for the Mumbai Indians in IPL 2019 and was injured for the most parts. He did well in the recent T20I series against India but it didn’t work for him in attracting the bidders. Mustafizur Rahman also went unsold and was one of the many players to be in that category, unfortunately. 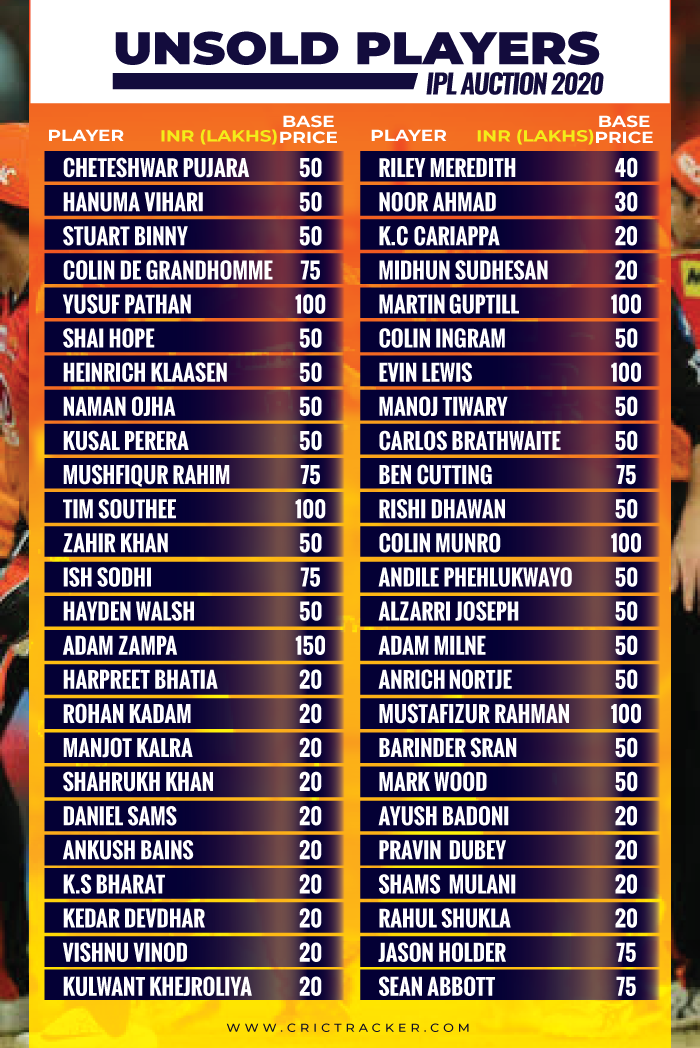 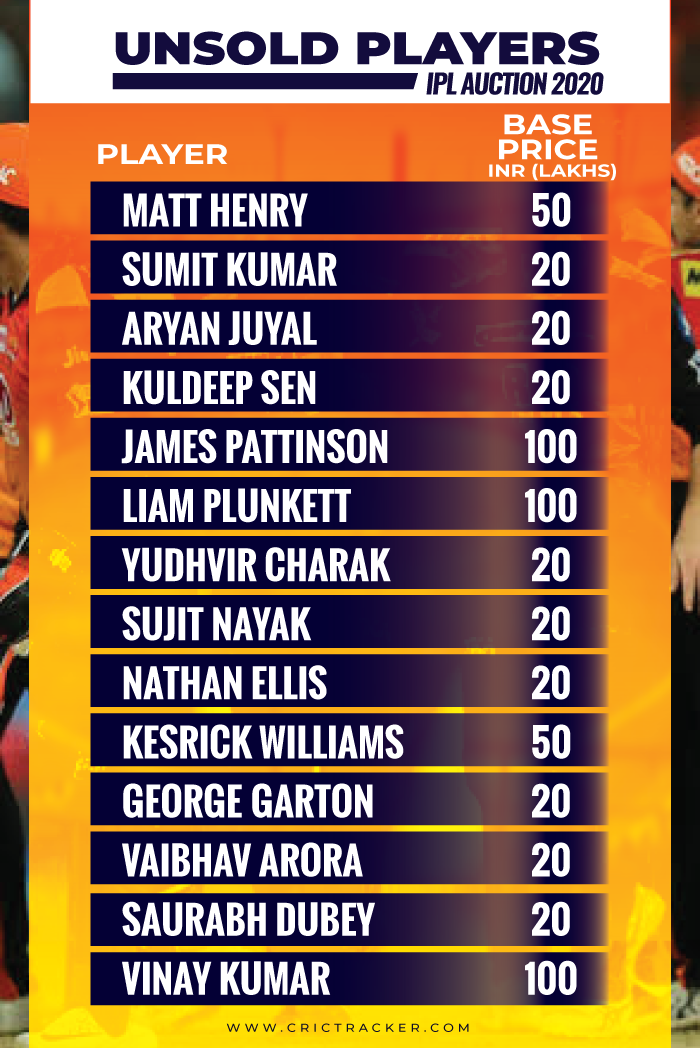