Chennai Super Kings got the better of Mumbai Indians by five wickets in the tournament opener.

Odds were stacked up against Chennai Super Kings coming into the 2020 IPL as they lost the services of their senior Indian players in form of Suresh Raina and Harbhajan Singh. CSK’s primary death bowler Dwayne Bravo also picked up a knee injury in the CPL and is away from bowling for a couple of weeks. But within the given resources, the Super Kings pulled off what looked like a comfortable win thanks to a collective team effort.

Sam Curran was the star of the match as per CricTracker’s model of Match Impact Ratings for T20 matches. The England all-rounder’s performance earned a match impact rating of 17.6 which includes a rating of 14 for his 6-ball 18. Curran walked in to bat when CSK needed to score 29 runs from 17 balls with an over from Jasprit Bumrah still remaining. The southpaw faced six of the next seven balls to bring down the equation to run-a-ball before being dismissed.

However, it was the knock of Ambati Rayudu which earned the highest impact rating in this match. Rayudu smashed 71 from 48 balls with six fours and three maximums during his 115-run partnership for the 3rd wicket with Faf du Plessis. CSK’s required rate hung around nine an over from the point of Rayudu’s arrival. The veteran batsman scored runs at exactly the same pace which helped him to earn a match rating of 16.4. 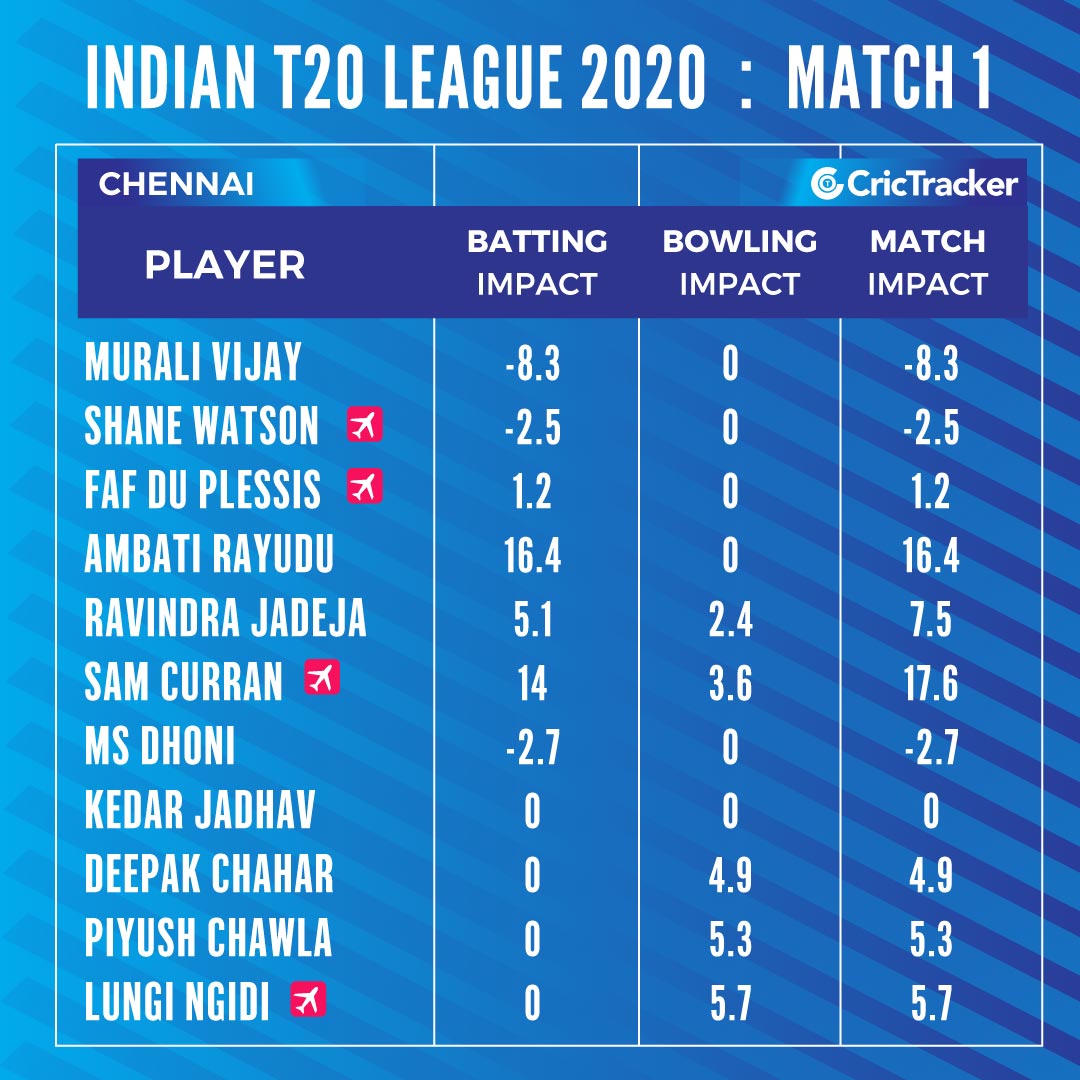 Quinton de Kock earns the best match ratings for the Mumbai Indians thanks to his quick-fire knock during the powerplay. The keeper-batsman was pro-active in the crease during his 20-ball 33 which included five fours. De Kock’s inning earned a rating of 7.8 as per the CricTracker’s Match Impact model. James Pattinson made a decent start to his IPL career as he earned a rating of 3.8 with both bat and ball. Pattinson struck a couple of boundaries batting at No.8 and conceded only 27 runs in his four overs.

All the ten players who got to bowl on Saturday ended up with a wicket but Jasprit Bumrah was the only bowler to earn a negative match rating. The speedster conceded 43 runs in his four overs and picked a wicket after the required rate went below six. Kedar Jadhav is the only player across both the teams to not have batted or bowled for even one ball. This left his match impact rating read 0 while even MS Dhoni got a rating for the two dot balls he faced in the penultimate over. 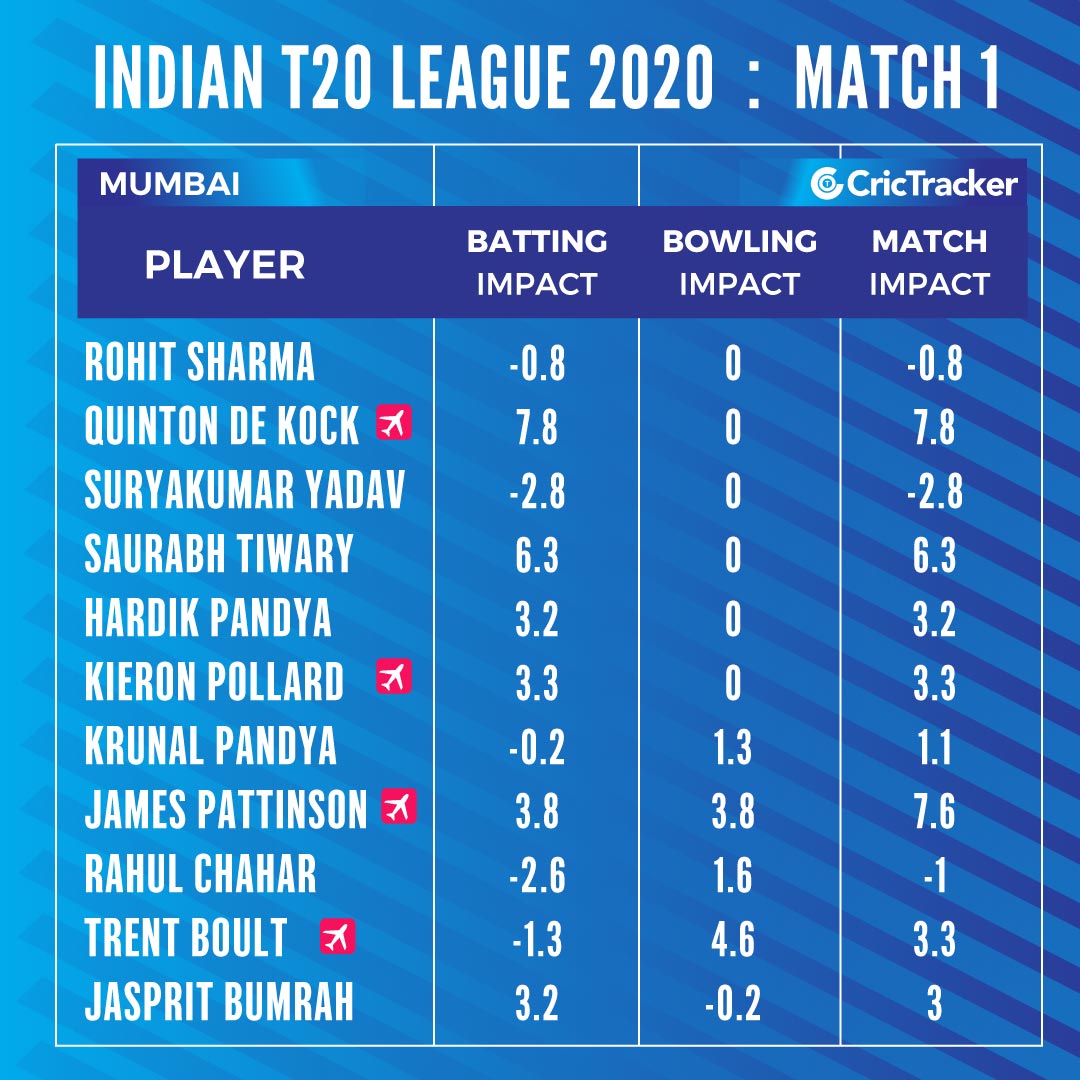