Can Virat Kohli find back his form in the game against Mumbai Indians?

Dubai will witness the battle between India’s limited-overs captain and vice-captain on Monday who will be leading Royal Challengers Bangalore and Mumbai Indians respectively. The Rohit Sharma-led side has been dominant with both bat and ball as they lost a close game against Chennai Super Kings before registering a thumping with over the Knight Riders. RCB, other the hand, sneaked in a 10-run win against Sunrisers but a collapse against KXIP handed them a big defeat.

Will Krunal able to bounce back?

Krunal Pandya’s performance with the ball has probably been the only worrying factor for Mumbai Indians in this tournament thus far. But RCB is the type of opposition against which Krunal has always succeeded. He has picked up nine wickets in eight IPL matches against them at an economy rate below 6.5. Four of those nine wickets have been of RCB’s stalwart AB de Villiers. 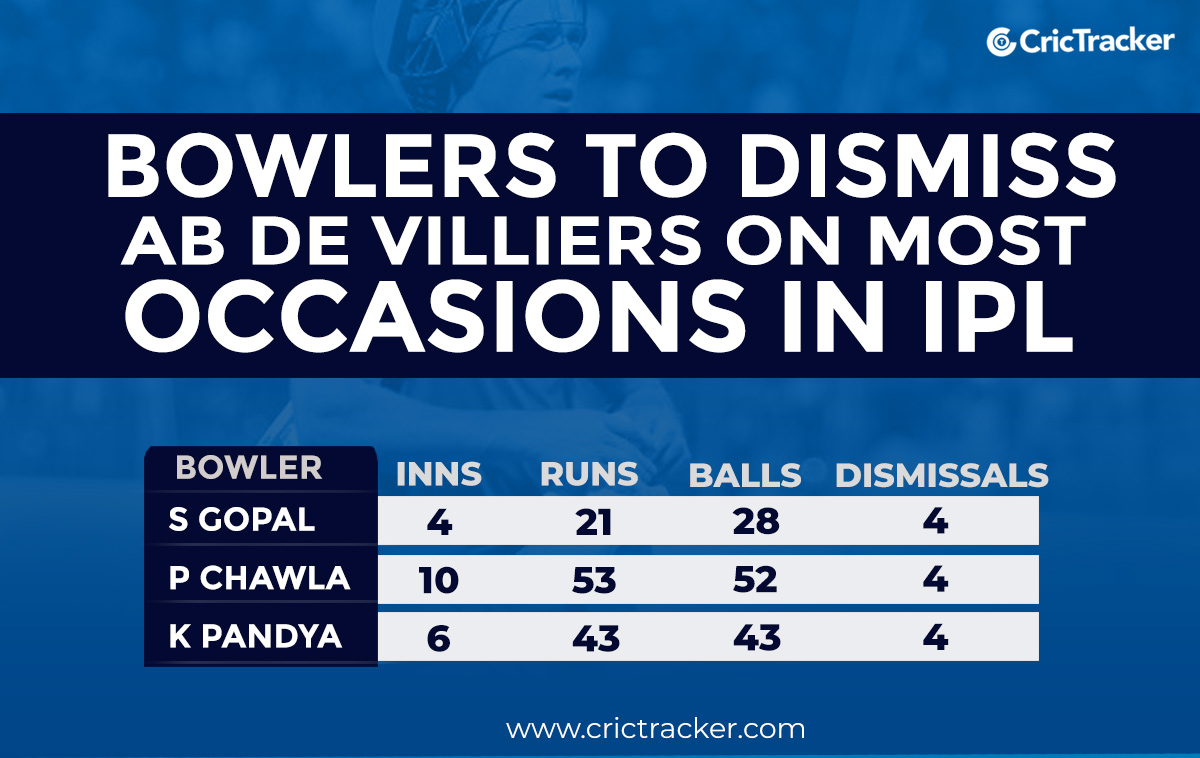 The left-arm spinner has been able to get the better of the South African four times in six meetings in the IPL. The four dismissals are the most for any bowler in the league against De Villiers. The veteran batsman has been dismissed four times each against Shreyas Gopal and Piyush Chawla as well. Bowling at the stumps and cramping ABD could help Krunal extend his dominance.

Can Chahal stop the Pollard force?

Kieron Pollard is going to be a striking force against the Kohli-led team due to Royal Challengers Bangalore’s performance at the death in the last game. Pollard is in great form thanks to his exploits on low-scoring tracks in CPL. The only way which RCB can stop Pollard towards the end is Yuzvendra Chahal. 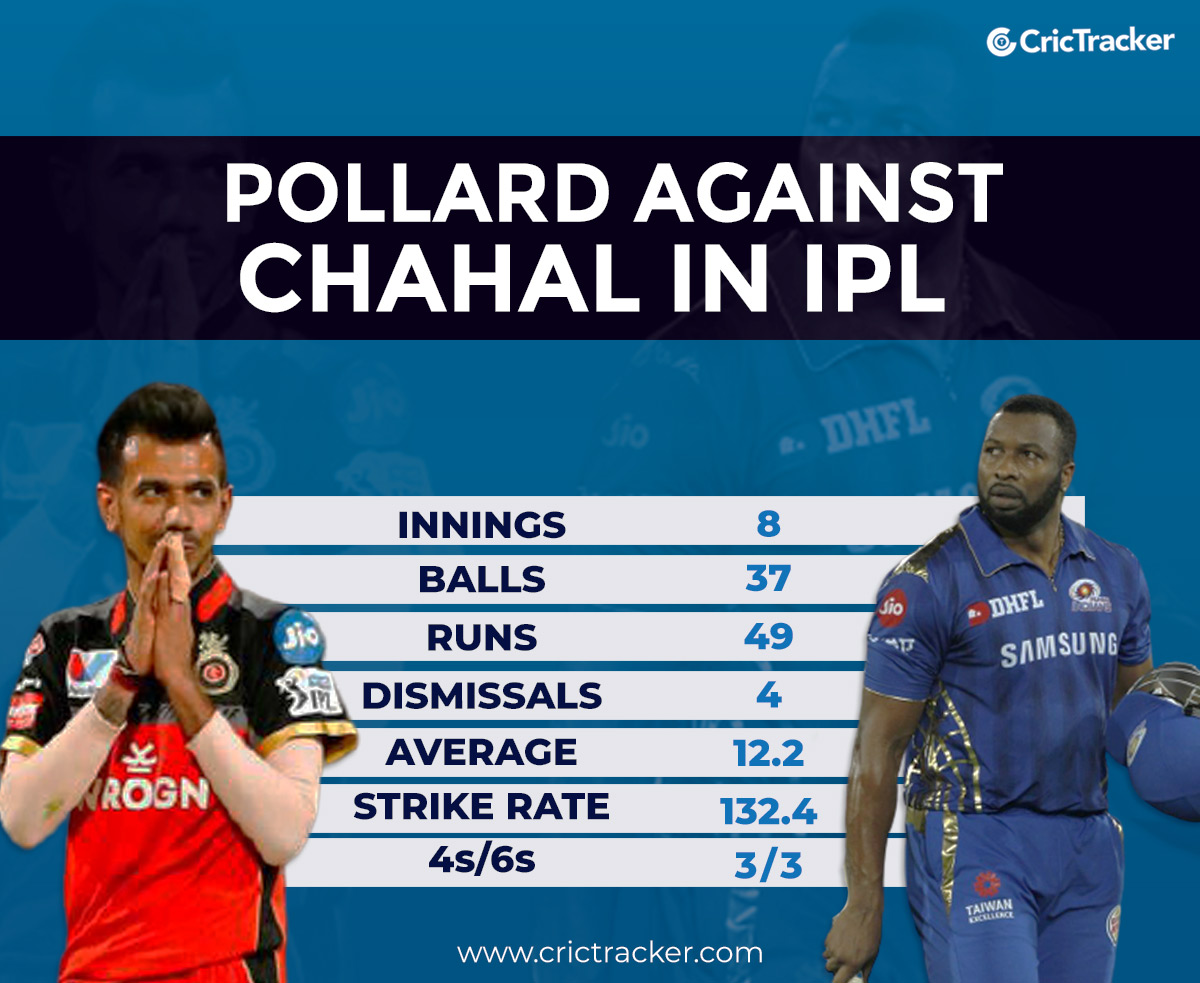 Pollard got out four times in the IPL against the RCB leg-spinner; the most against any bowler in the league. Two of those four dismissals came after 16th over across seven deliveries at the cost of nine runs. Even Hardik Pandya has not been up to the mark against Chahal in IPL which means RCB can schedule an over of Chahal deep into the innings.

Virat Kohli, thus far, has been quiet with the bat scoring 15 runs in two matches this season. But Kohli has regularly found success against Mumbai Indians in the IPL and will be hopeful about bouncing back. The one player who has often got the better of Kohli in MI jersey was Mitchell McClenaghan. In eight meetings since the start of 2015, the New Zealand pacer claimed Kohli wicket on four occasions. Three of those four dismissals came even before Kohli faced 20 balls in the match. 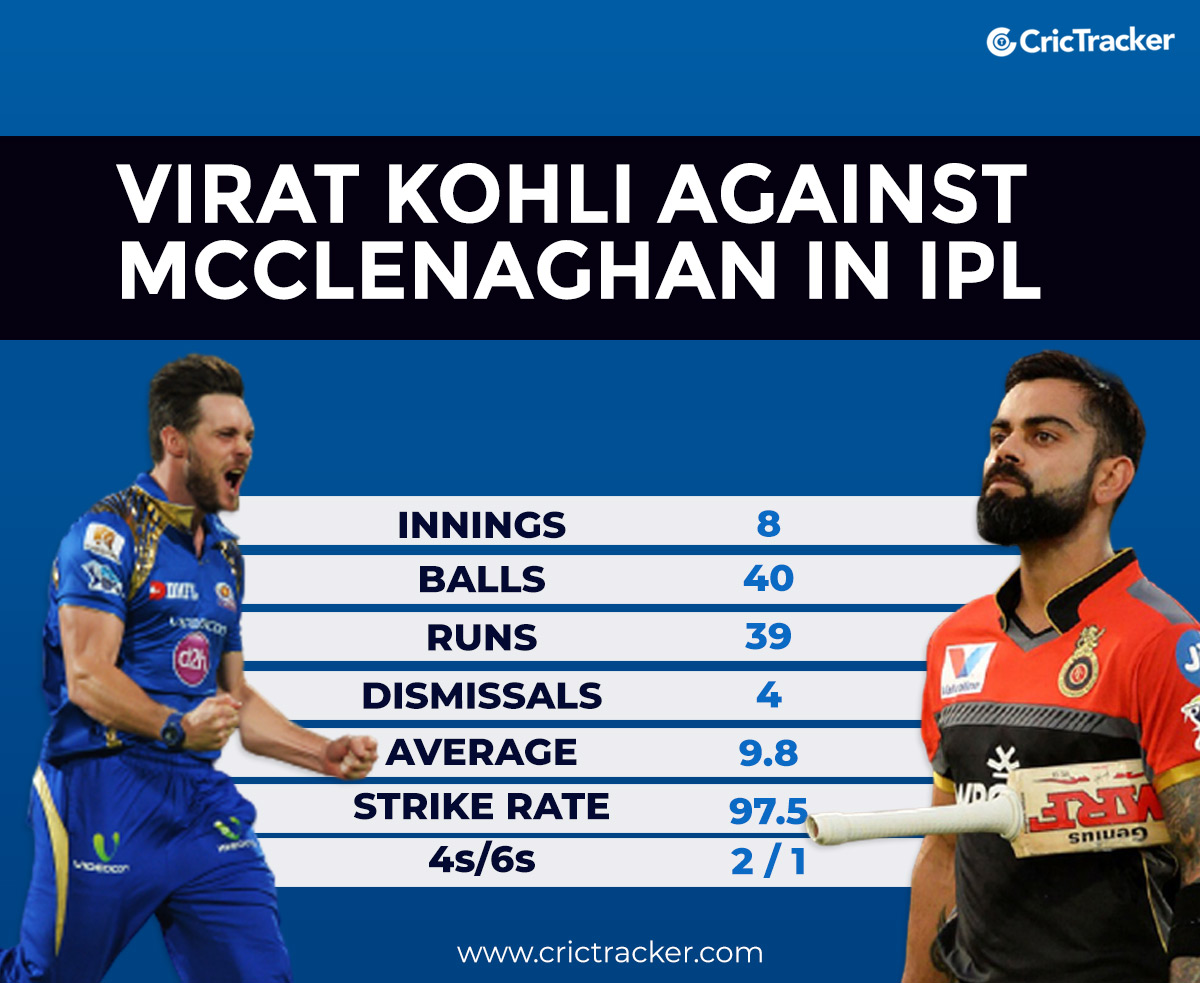 Kohli recorded unbeaten 80+ scores in two of the four meetings after surviving the left-arm pacer. Given this success, Mumbai Indians can try McClenaghan for the game against RCB but at the cost of Trent Boult. Boult is a traditional new-ball bowler but his success with the same in the IPL been quite limited. The swing on offer with the new ball under the lights has helped Boult to record his best economy and average in the powerplay during an IPL season. 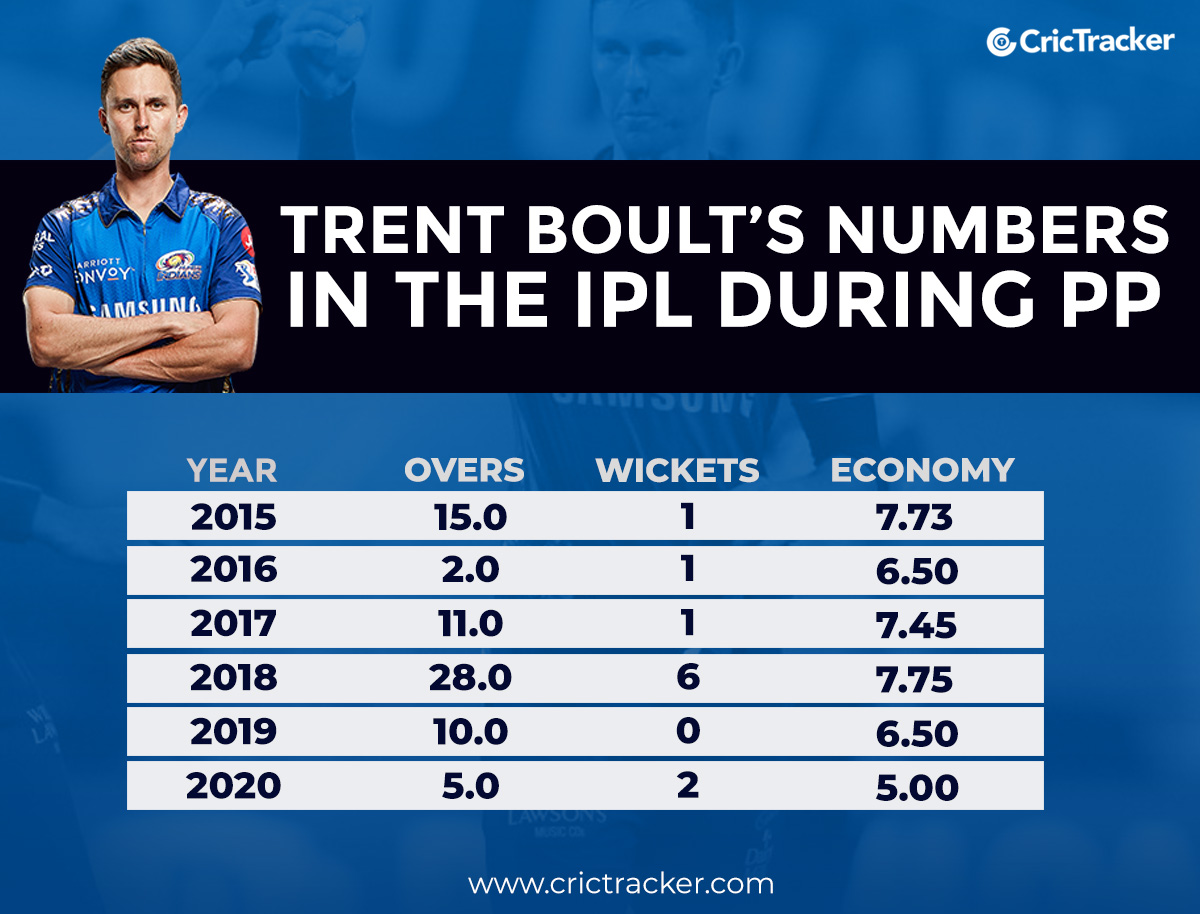