Can Kagiso Rabada stop the duo of David Warner and Jonny Bairstow?

Tuesday will witness a battle between the top and bottom teams in the points table of IPL 2020 as Delhi Capitals takes on Sunrisers Hyderabad in Abu Dhabi. The Delhi team were successful in earning four points after two games thanks to a Super over win against KXIP and a huge win over CSK last week. The Sunrisers, on the other hand, have suffered defeats in both matches they played largely due to an inconsistent middle order and a toothless bowling unit.

When should SRH use Nabi?

In the two matches, Sunrisers Hyderabad has played thus far witnessed the lack of tight spells of bowling in the powerplay overs. Mohammad Nabi has been a handy customer when it comes to bowling in the first six overs but was introduced in the 8th over against KKR. Nabi has bowled more than 40% of his IPL career in the powerplay only where he picked up seven wickets at an average of 17.6 and went at an economy of 5.59. Hence, there should be no issue for the Sunrisers to hand a couple of overs with the new ball for Nabi. 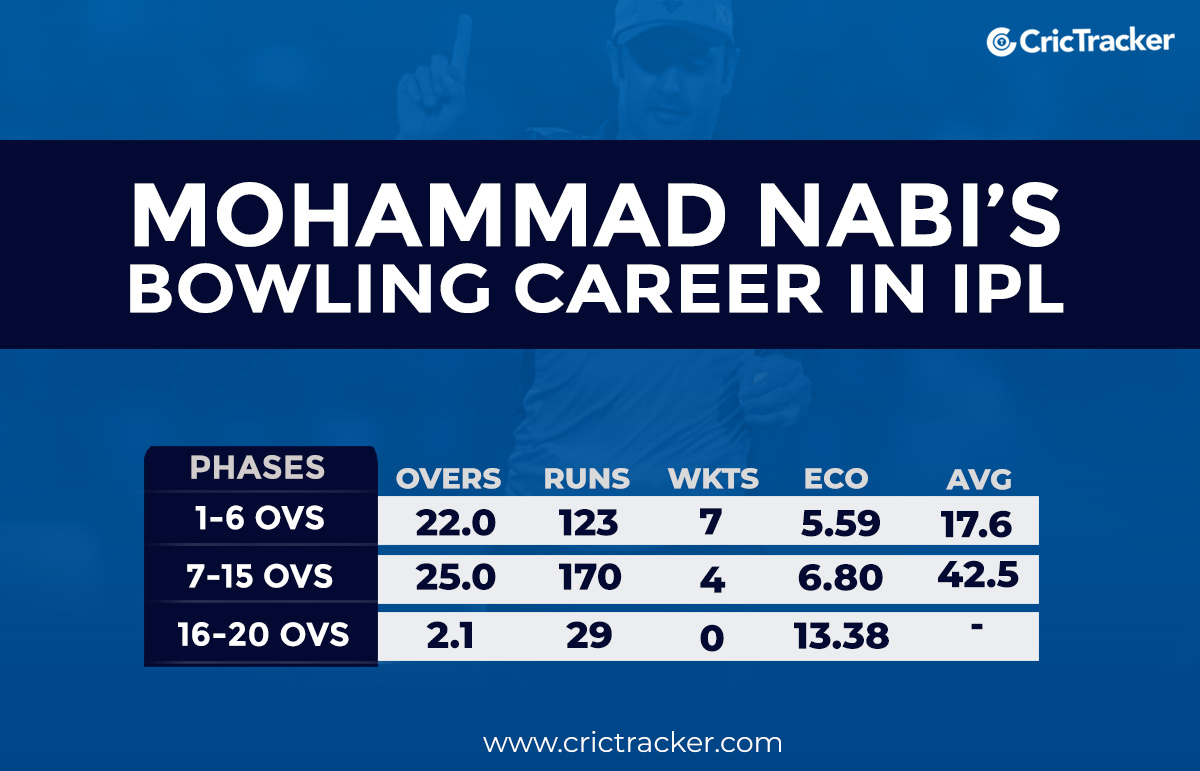 The much-awaited battle during the game between Sunrisers and Capitals will be the clash of David Warner and Kagiso Rabada. The South African has often got the better of the Australian opener in Internationals. During the last IPL, Warner was dismissed by Rabada in both meetings. The 25-year-old pacer has been unsettling Warner with his pace and so is the case while bowling to Jonny Bairstow. 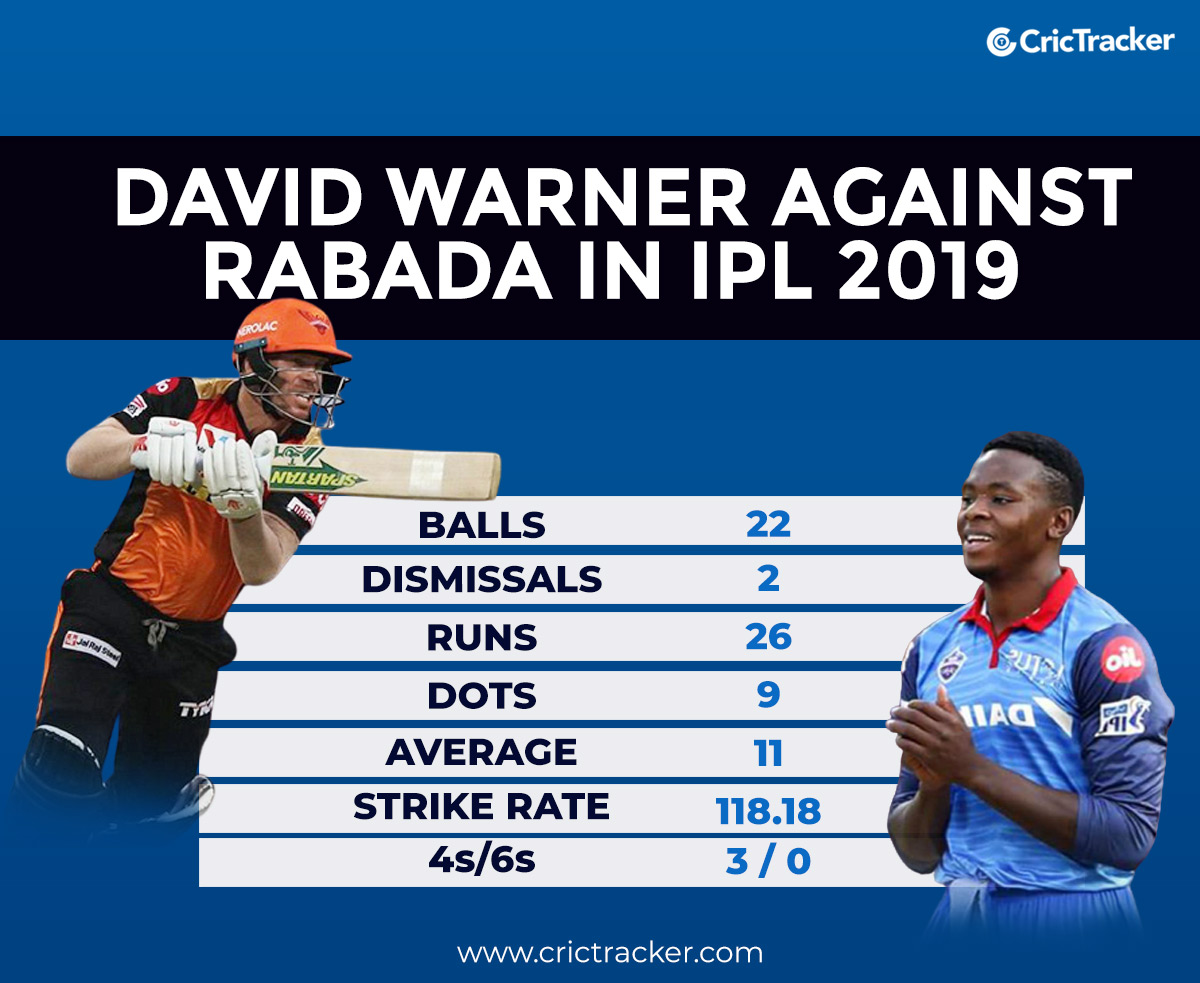 The other SRH opener also struggled while facing Rabada, especially in the longer format. Given the way Pat Cummins troubled the SRH’s opening pair in the previous match, we can expect Delhi Capitals to have an extended spell of bowling from Rabada and Anrich Nortje early on. In case if both Warner and Bairstow get dismissed in the powerplay, it could well be curtains for the Sunrisers’ batting.

Manish Pandey made a decent start to the IPL 2020 with a 30 odd in the first match and a fifty in the previous fixture. He is expected to take the SRH’s middle-order forward which has been quite rusty and inexperienced one. A big knock will be in expectations from Manish in the match against Delhi Capitals. However, the Karnataka batsman has to deal with Axar Patel against whom he has struggled big time. 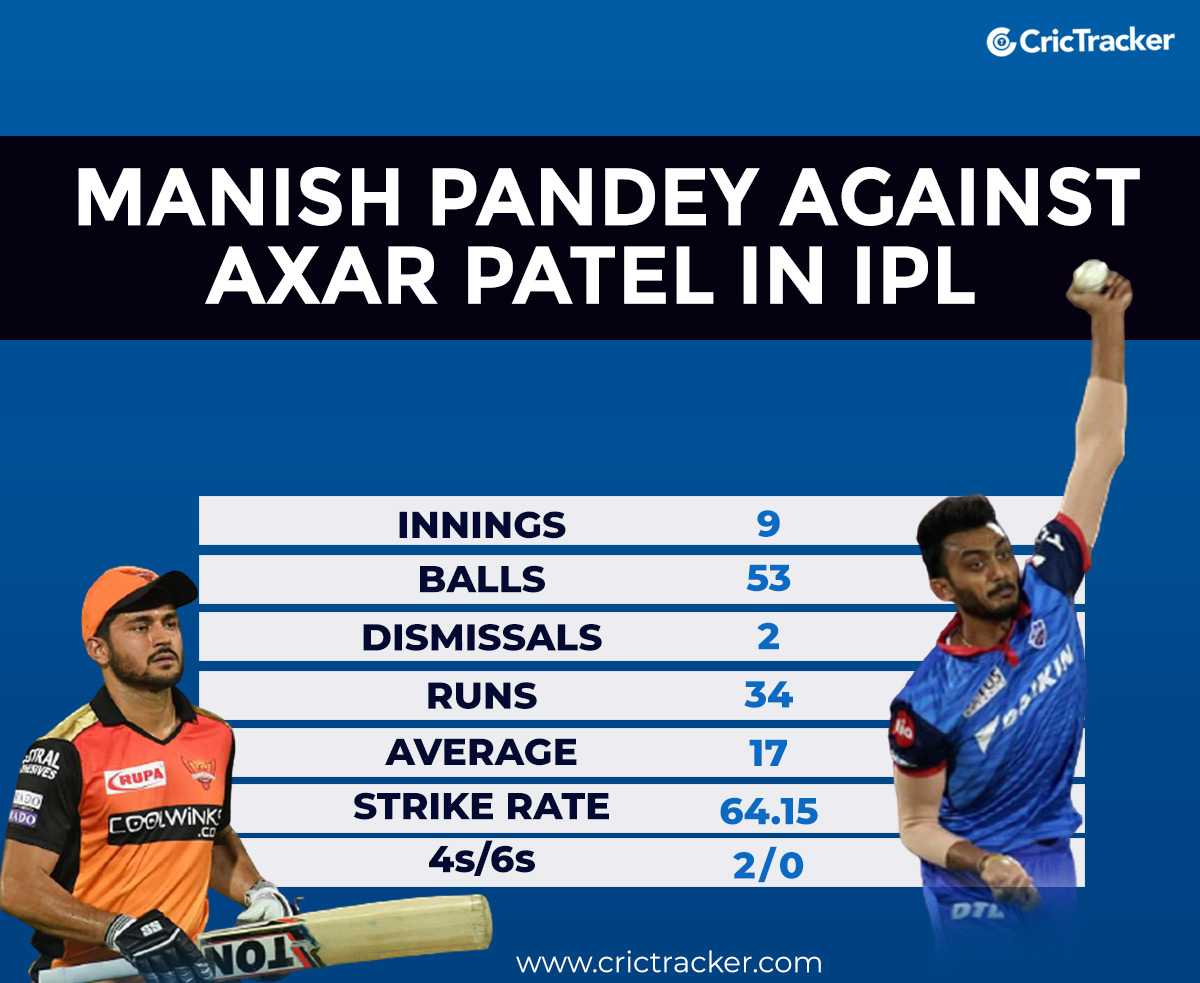 The two players faced off in nine IPL innings where the left-arm spinner found success on two occasions. The bigger picture in this match is the strike rate of Pandey which reads 64.15 against Gujarat bowler. Manish could be seen struggling to find quick runs on Tuesday if Shreyas Iyer plans Axar’s overs keeping the match-up in mind. Axar Patel bowled an economical spell in the previous match against Chennai Super Kings and is in a good form.