The drama in the 13th edition of Indian Premier League (IPL) began on the very second day where the Delhi Capitals edged past Kings XI Punjab in the Super Over. The match seemed to be going in the KXIP’s direction until Marcus Stoinis’ whirlwind inning at the end which lifted the Capitals to 157/8. The Kings XI were in doldrums before a calm Mayank Agarwal smashed biggies against the Delhi bowlers before getting out in the last over. Kagiso Rabada’s sensational bowling kept Punjab team to just two runs in the super over.

Sunday seemed to be a lucky day for the Delhi Capitals’ all-rounder Marcus Stoinis who found everything going in his way during the game. First, it was his batting effort that saved the Delhi franchise from an embarrassment. Stoinis aggregated 49 runs in the last three overs including 38 in the final two overs. Chris Jordan, who bowled the last over, became the first bowler to give away as many as 30 runs in the 20th over. 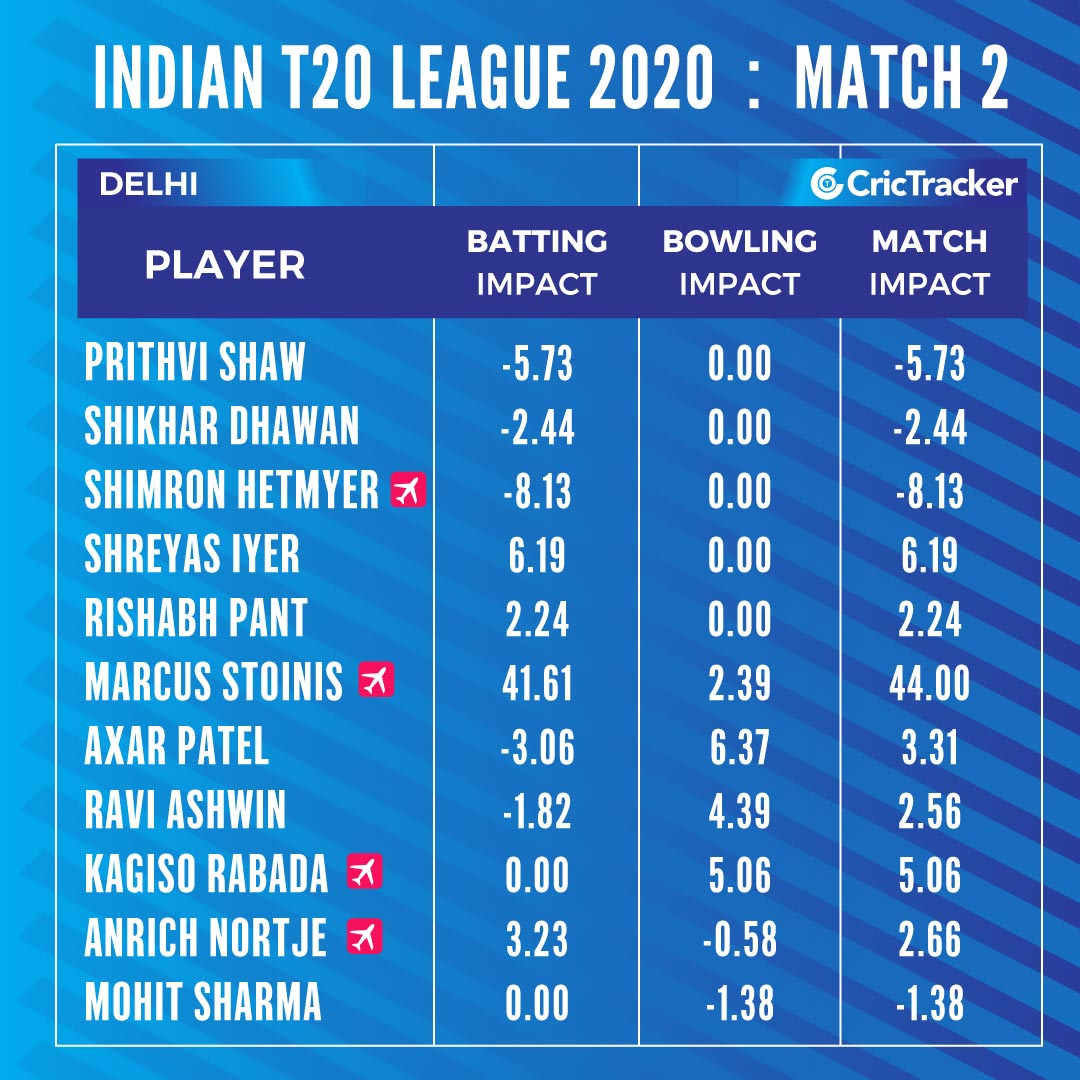 This knock from Stoinis earned a rating of 41.61 as per CricTracker’s Match Impact Rating model for T20 cricket; by far the highest for any player. In addition to it, his two wickets got a rating of 2.39 taking his Match Impact to 44. The player with next highest rating in this game was Mayank Agarwal who smashed 89 to take KXIP close to winning. This was also Mayank’s highest score in his IPL career. Mohammed Shami was crucial in keeping the Delhi Capitals team down to a lower score until Stoinis’ blitz. 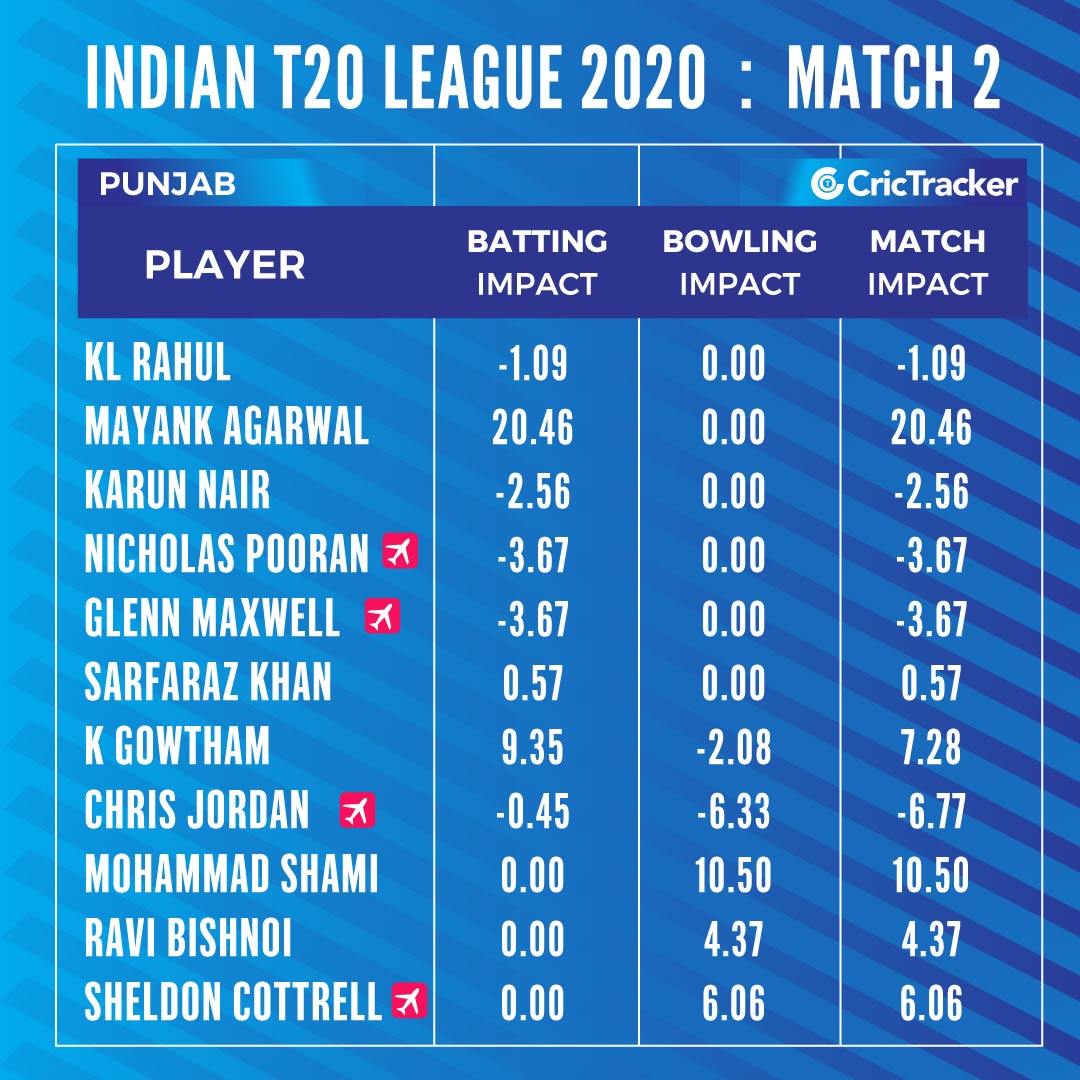 The Indian pacer picked up the big wickets of Prithvi Shaw, Shimron Hetmyer and Shreyas Iyer. Hetmyer scored seven runs from 13 balls which earned him a negative rating of 8.13 which is the lowest for any player in this match. With the ball, it was Chris Jordan who returned with worst match rating due to an expensive bowling performance. The England pacer gave away 56 runs in his four overs and bagged a match rating of -6.33 for it.