Nicholas Pooran fought in vain for the Kings XI Punjab with a 17-ball fifty.

Kings XI Punjab continue to stay at the bottom of the table following their 69-run defeat to Sunrisers Hyderabad in Dubai. The SRH vs KXIP was probably decided when Jonny Bairstow began accelerating towards the end of the powerplay. The Sunrisers got 58 runs in the powerplay and raced to 100 in only ten overs. They were set for a huge total at the second strategic timeout scoring 160/0 in only 15 overs. A routine middle-order collapse of SRH saw them end up without only 201/6.

Jonny Bairstow smashed 97 from only 55 balls with help of six maximums and seven fours. The English keeper’s knock held an impact of 25.10 during this SRH vs KXIP which was the highest for Sunrisers. His opening partner, David Warner scored 52 from 40 balls but got a rating of only 2.68. The SRH captain was quite conservative in his approach and took the second fiddle while Bairstow kept attacking after initial overs.

Kane Williamson and Abhishek Sharma’s cameos played a key role in taking SRH past 200-run mark after the collapse as they earned a rating of 7.7 and 4.03 respectively. For Kings XI Punjab, Ravi Bishnoi and Arshdeep Singh played a major role with the ball in ensuring SRH’s total didn’t go to 220. The leg-spinner Bishnoi took three wickets including that of both Warner and Bairstow in the same over. 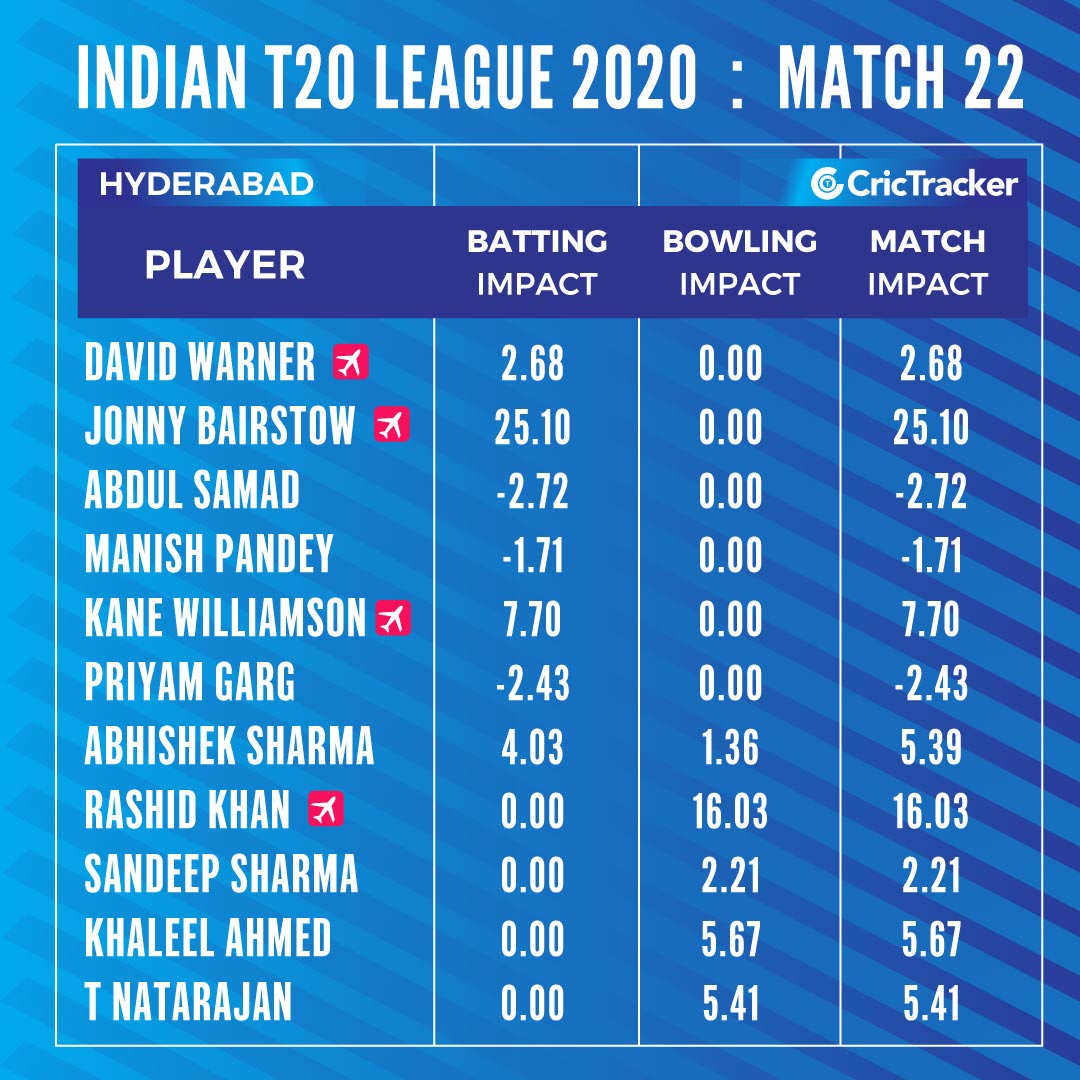 Arshdeep claimed two wickets but more importantly, gave away only 33 runs in a total of 201 even after an expensive 14-run final over. The young bowlers earned an impact rating of 8.36 and 7.42 respectively. Kings XI Punjab’s chase was all about only one name, Nicholas Pooran. The Caribbean batsman smashed seven maximums and five fours on his way to a 37-ball 77.

Pooran got to his fifty in only 17 balls to keep KXIP in the hunt for a brief period but lack of depth in the line-up saw them bowled out for 132 in 16.5 overs. Pooran’s knock hard the highest impact in the SRH vs KXIP as he earned 39.62 as per CricTracker’s Match Impact Ratings. Rashid Khan produced the most impactful performance with the ball as his analyses of 4-1-12-3 earned an impact rating of 16.03. KL Rahul (-16.37), for the third time in four games, returned with a negative impact of more than -15. 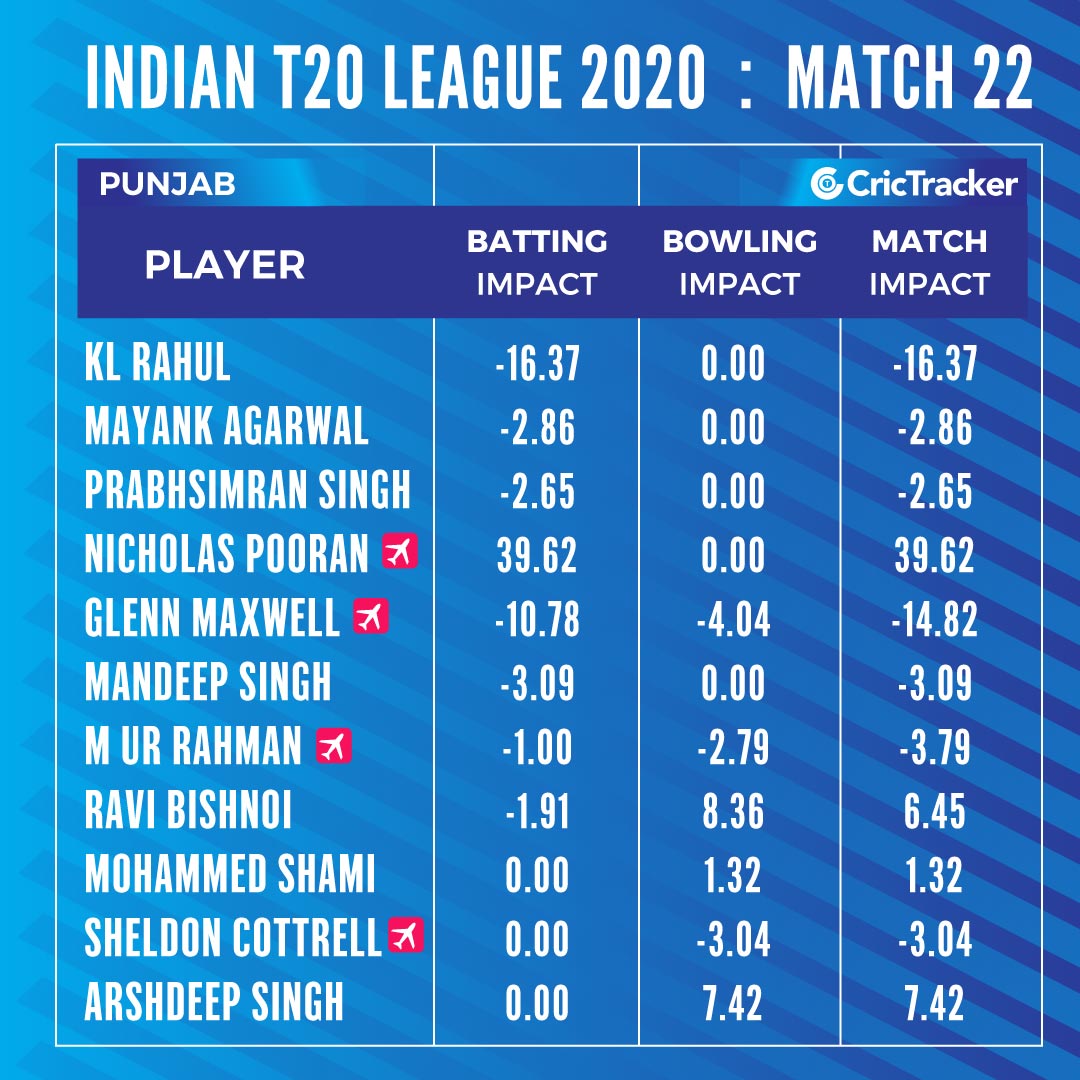