Stats: Nicholas Pooran scores the second-fastest fifty for KXIP in the IPL

Stats: Nicholas Pooran scores the second-fastest fifty for KXIP in the IPL

Pooran scored 77 off 37 against Sunrisers Hyderabad.

Nicholas Pooran came into the 2020 Indian Premier League (IPL) on the back of a stupendous century for the Guyana Amazon Warriors in the 2020 Caribbean Premier League (CPL). In the first few games of the IPL in the United Arab Emirates (UAE), he threatened to get away with the game. However, somehow, the left-hander couldn’t convert the starts into big scores.

However, on Thursday, October 7, the southpaw was at his very best in the match against Sunrisers Hyderabad (SRH) at the Dubai International Cricket Stadium. In the first innings, SRH, led by David Warner, managed 201 for the loss of six wickets. Warner scored a half-century, but it was Jonny Bairstow’s 97 that took the Orange Army to the massive score on the board.

Pooran came to bat after KXIP lost the early wickets of Mayank Agarwal and Simran Singh. The required-rate was around d 10 runs per over and a lot was expected off Pooran. He didn’t die wondering and started carting the ball all across the park. He started his knock with a four off Khaleel Ahmed. Then he smashed left-arm pacer T Natarajan for a six.

In the first over after the powerplay, he laid into Abhishek Sharma and smashed him for back-to-back over-boundaries. In the ninth over, however, Pooran picked the bones out of the 18-year-old Abdul Samad. Pooran smacked the youngster for four sixes and a boundary and garnered 28 runs off the over. In the same over, he notched the second-fastest fifty for KXIP in the IPL.

David Miller, who is currently with the Rajasthan Royals (RR), has the fourth fastest fifty to his name. As far as Pooran goes, KXIP will be pinning hopes on him after what he did against the Orange Army with his strength and brute force. 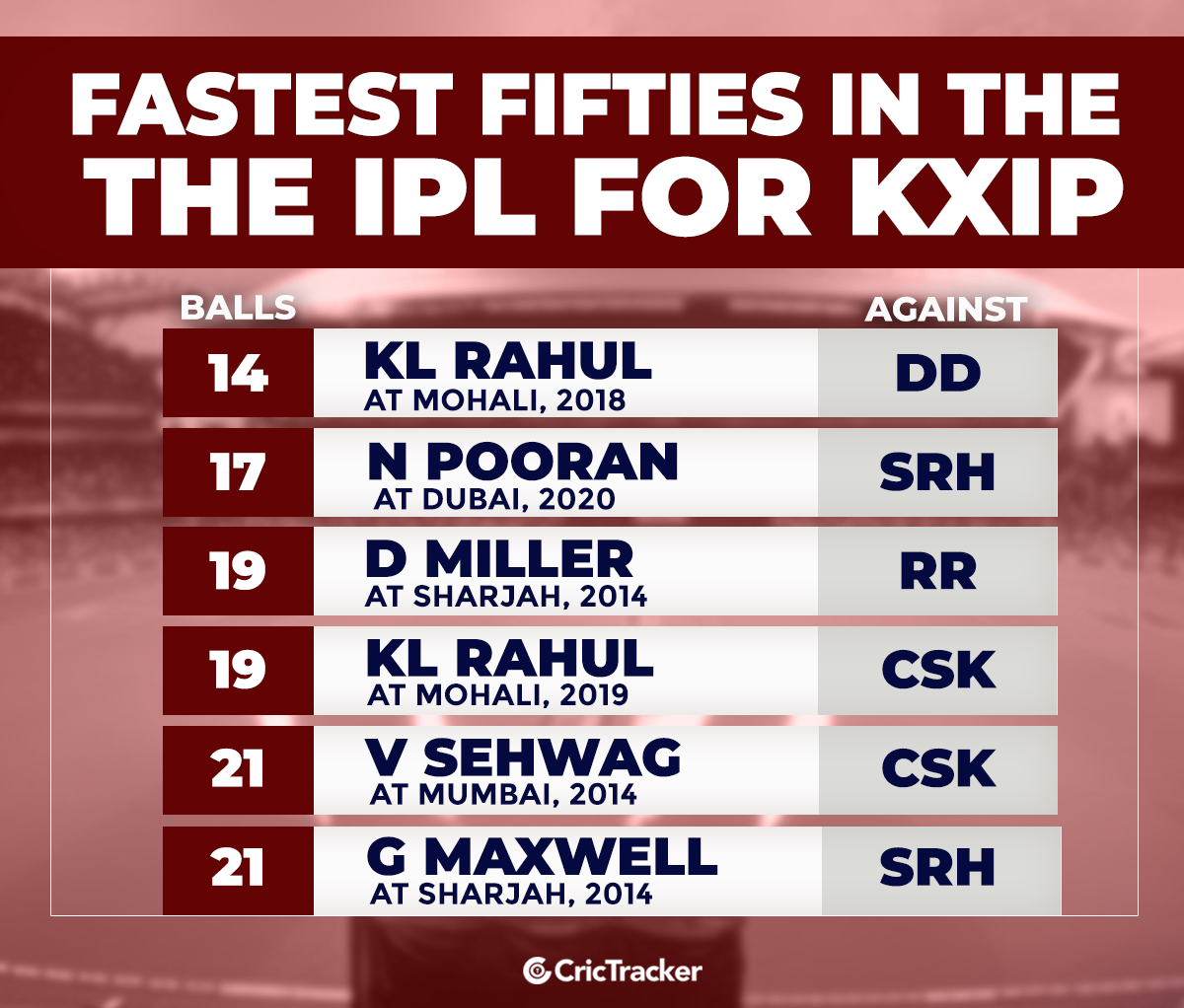