Virat Kohli, AB de Villiers and Shane Watson will be key during CSK vs RCB

An interesting battle awaits between the Chennai Super Kings and Royal Challengers Bangalore who are respectively, led by the former Indian skipper MS Dhoni and current Indian captain Virat Kohli. Though CSK has often held the domination among the two teams, the closely contested games and big names on either side has made this fixture a mouth-watering one. Both the teams are placed in the bottom half of the table and will be looking closely at matchups which could help them succeed on Saturday.

Deepak Chahar’s career was built on his success in the powerplay overs for the Chennai Super Kings. His consistency at taking wickets with the new ball got him the Indian jersey for T20Is and even in ODI format. During the powerplay overs, Deepak picked up 10 wickets in 2018 IPL at 23.6 average and another 15 scalps at 24.5 average in 2019. 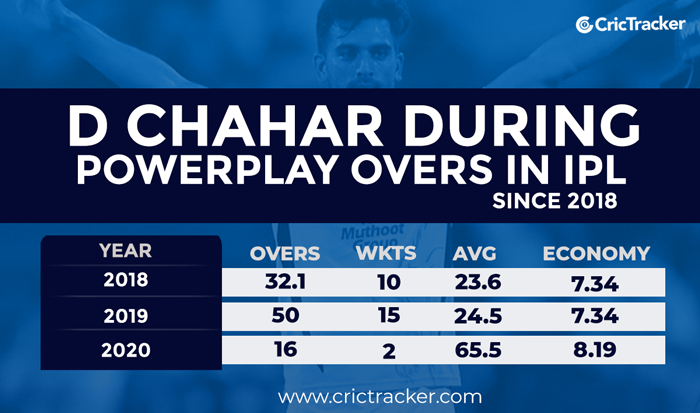 His economy rate in those two seasons read 7.34 and stood out as Dhoni’s go-to bowler. However, in 2020 thus far, Chahar’s numbers have gone wayward as he took just two wickets in 16 powerplay overs at 65.5 average. Deepak’s economy is well over 8 which is surely a concern for CSK who are still finding ways to survive with the ball in the absence of a speedster, unlike other teams.

Will CSK bring back Chawla?

Chennai Super Kings left out Piyush Chawla in the previous match and brought Karn Sharma, a move did seem to have worked for them. However, on Saturday, they will be up against RCB’s Virat Kohli and AB de Villiers who have been dismissed by Chawla quite often. The former KKR spinner had dismissed both the batters on seven instances collectively in the IPL. 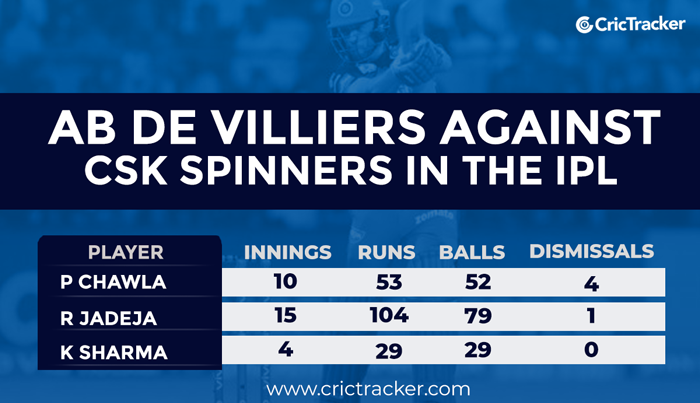 AB de Villiers, especially, got out on four occasions; the most any player has dismissed him in the IPL. Both the RCB’s key batters have done well against Karn Sharma and are yet to be dismissed in his bowling. Kohli has got a great record against Karn smashing him for 79 runs in only 36 balls. Going by the past records, CSK could well rope in Chawla for CSK vs RCB to restrict the star duo. 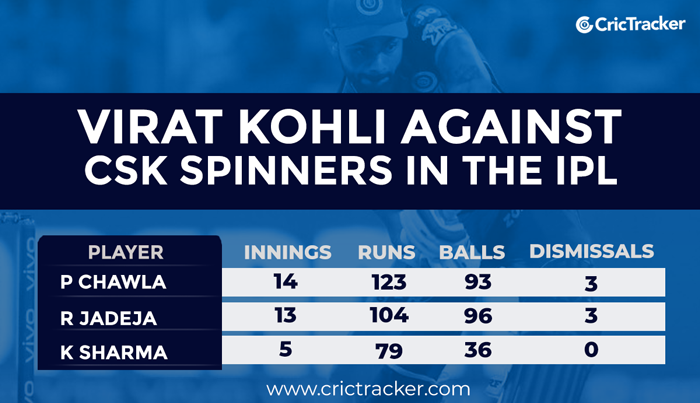 Shane Watson looks to be man CSK can bank upon to guide them to win against RCB. The Bangalore franchise does have Yuzvendra Chahal to neutralize this threat in CSK vs RCB. Captain Kohli can give at least one over to Chahal in the powerplay to bowl against Watson. The Australian has struck fifties in the previous two matches and is quite dangerous if he gets set. KKR missed the trick of bowling Sunil Narine early on but the move didn’t backfire as CSK struggled to close an easy chase after Watson’s dismissal. 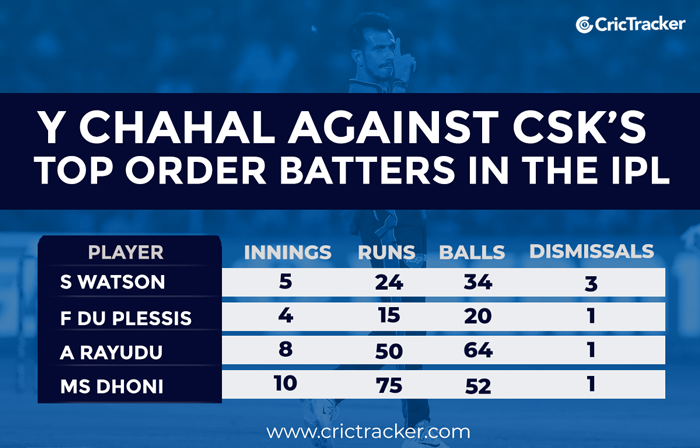