Which team is the most followed on social media when it comes to the IPL? 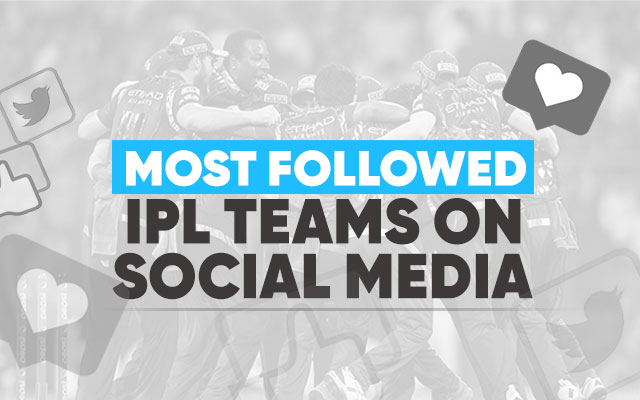 The thirteenth edition of the Indian Premier League (IPL) concluded successfully recently. The T20 league, which is undoubtedly the most followed cricket league, was played in UAE due to the ongoing COVID 19 situation in India. UAE not only has previous experience of hosting IPL but was also capable of providing a bio-secure bubble to ensure the players’ safety.

The support of the fans encourages the teams’ morale which boosts the confidence of the players and they are always delighted to perform before their fans. Fans are the most important part of IPL and every year they bring many innovations to uplift their team. As this year the matches were played behind closed doors in UAE, the only way the fans were able to connect with the teams was through social media.

Since the inception of the IPL, all franchises have been striving to develop a connection with the fans by building a community on social media platforms. All the teams’ official accounts and handles keep their fans up to date with the happenings regarding their team, may it be the team announcements, injury updates, or new signings.

Here we will be ranking all the IPL teams on the basis of their followers on social media: 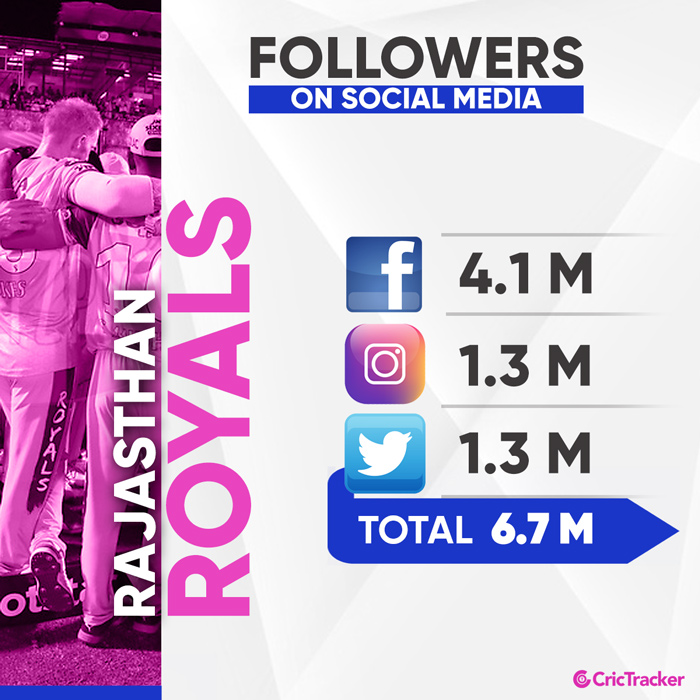 Rajasthan Royals have been the perennial underdogs of the IPL. Unlike all other teams, a foreign player (Shane Warne) was their icon player for the inaugural season of the IPL. Under his captaincy, Rajasthan Royals defied all odds to win the IPL in 2008. They have deployed the “Moneyball” strategy under Shane Warne and Rahul Dravid during their respective stints at the Jaipur-based team.

After their triumph in 2008, Rajasthan Royals failed to reach the final in the IPL. In the 2013 CLT20 tournament, RR finished runners up. Their all-time top run-scorer is Ajinkya Rahane (3098 runs) and their leading wicket-taker is Shane Watson (67).

The official Facebook page of the Royals has recorded a total of 4.1 million likes on the page thus far. The Twitter handle of the franchise has 1.3 million followers on the microblogging website. Instagram account has 1.3 million followers. They have the least fan-following among all the IPL teams on all three social media platforms which could be due to them not competing for the IPL title since 2008.