Virat Kohli’s IPL career better be remembered for the 2016 season. The 2020 season was a mirror image of his effort four years ago. The Kohli of 2016 showed his hunger in batting, dominance over the bowlers and never seen before consistency in the T20 format which nearly got RCB their maiden title. Four years down the lane, Virat batted comfortably as he did in 2016 but pretty defensive in approach with concern over team’s batting line-up and stood as an example for how not to bat in the T20 format. 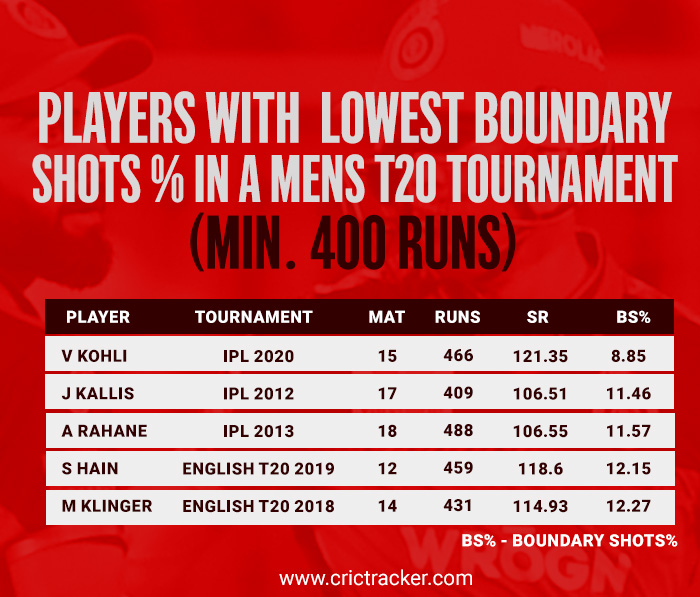 One could argue the RCB’s middle and lower-order as the reason behind Kohli’s ultra-defensive batting in the tournament. Though the statement holds a bit of truth, not all teams in this format have been graced of having solid batsmen through the batting line-up. Such teams did not look beyond boundaries like Virat Kohli and RCB did through the IPL 2020. It can also be said that the Royal Challengers Bangalore couldn’t effectively use the presence of Virat Kohli and AB de Villiers in their batting line-up.

The management tried to delay De Villiers’ arrival in the match against Kings XI Punjab in Sharjah and wanted to allow the likes of Washington Sundar and Shivam Dube take on the wrist spinners. However, Kohli’s negligence in handling the off-spinner Glenn Maxwell ensured the RCB tactics didn’t work well. The wide criticism, especially from the former Indian cricketers, saw the RCB management take a back seat in replicating such tactics which indirectly contributed to the franchise’s struggles in the second half of the tournament. 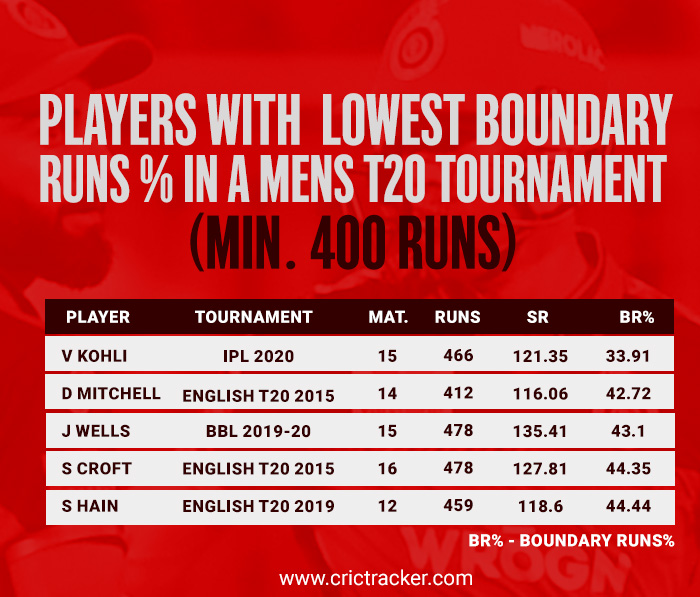 The tournament saw Virat Kohli become the first player in Men’s T20 cricket to score 400+ runs in a tournament with a boundary runs % less than 40 and also boundary shots % less than 10. The difference between Kohli and the second in the two lists shows how indifferent the RCB captain fared through the tournament leaving out the dynamics of the T20 format. It seemed as if he tried to show his fitness levels and had a glorified practice session by tucking the ball around for singles and doubles. 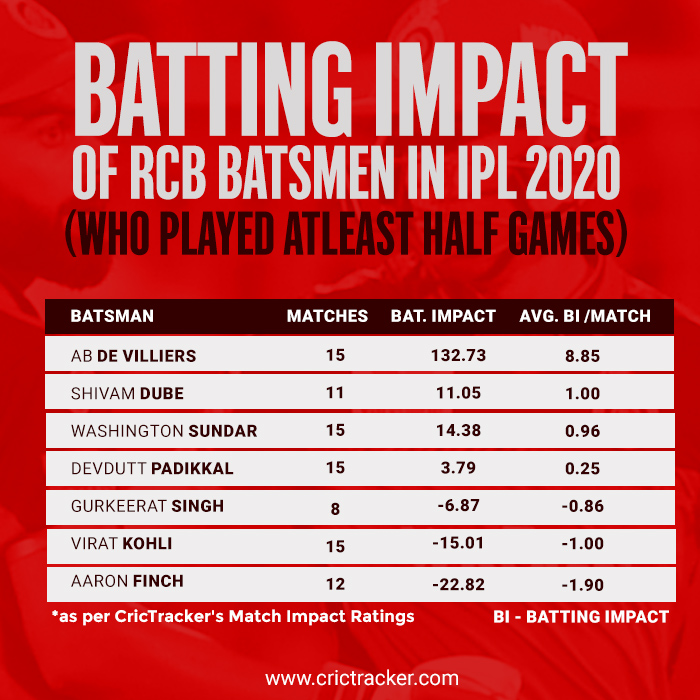 Through the tournament, one knock of Virat Kohli which stood out was his unbeaten 90 against Chennai Super Kings which was a perfect example of his successful T20 batting template. A slow start was followed by a strong finish in the death overs with a mixture of boundaries and running between the wickets. The knock was so good that it earned an impact of +34.33 and stands among the top five most impactful performances. 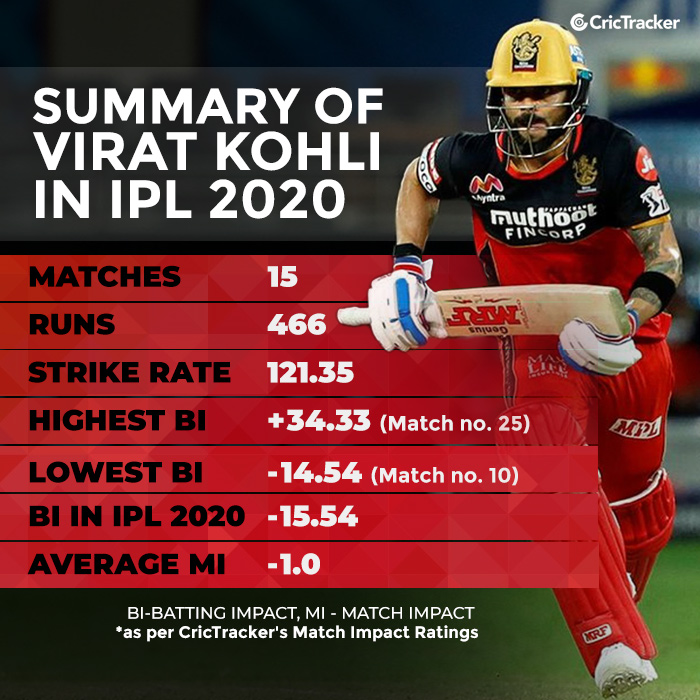 However, the same sort of approach did not work for Virat Kohli from there on as he struck at only 115 across nine innings. There seemed to be no consciousness in improving the slow starts even while the team kept losing matches towards the end of the league phase. In majority matches during the tournament, Kohli was on the slower side and it resulted in him ending the tournament with a negative batting impact -15.54. This happened despite Kohli being the team’s 2nd highest run-getter and one of the top ten run-scorers across the eight sides.