IPL 2020: Why it was a baffling decision by CSK to play Kedar Jadhav instead of Narayan Jagadeesan

IPL 2020: Why it was a baffling decision by CSK to play Kedar Jadhav instead of Narayan Jagadeesan

What message is CSK sending to a youngster? 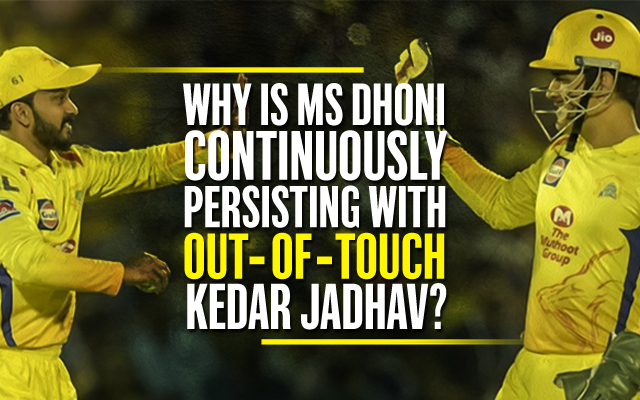 That is the only word that comes to mind when we think why a certain Kedar Jadhav continues to find a place in the playing XI for the Chennai Super Kings game after game. The diminutive right-hander has struggled to put bat to ball this season and has had a torrid run with the willow.

Yet strangely, the Chennai side continues to persist with the right-hander.

And, this is especially exasperating to digest when another talented youngster Narayan Jagadeesan was impressive in the only opportunity he got in this edition by scoring 33 off 28 balls in the game against the Royal Challengers Bangalore. But, Jagadeesan was left out of the playing eleven after that and has not got a chance again. 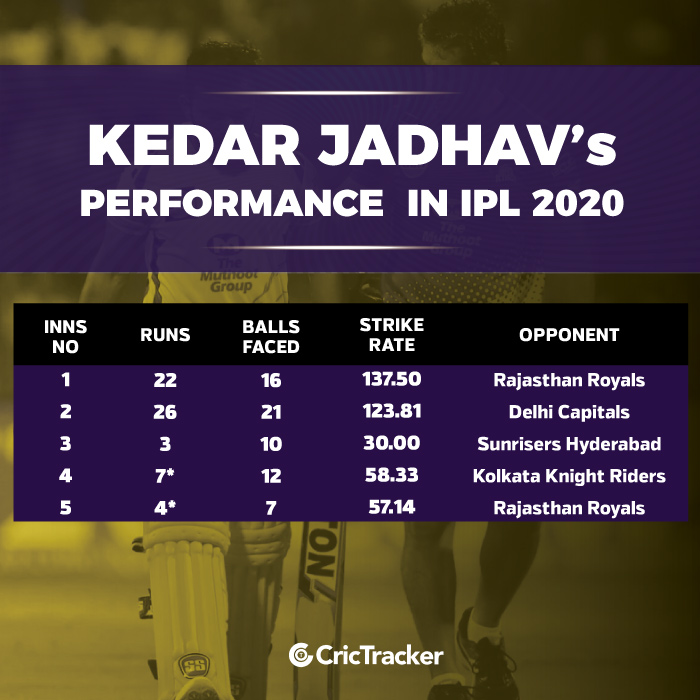 In the 5 innings that he has batted this season, Jadhav has scored just 62 runs. He averages an underwhelming 20.67 this season and has an abysmally low strike rate of 93.94. He has not made a single noteworthy contribution with the willow in this entire season and has had a woeful run in the 2020 edition of the IPL.

In fact, former Indian batsman Kris Srikanth slammed MS Dhoni for including Kedar Jadhav in the Chennai side. This is what Srikanth had to say. 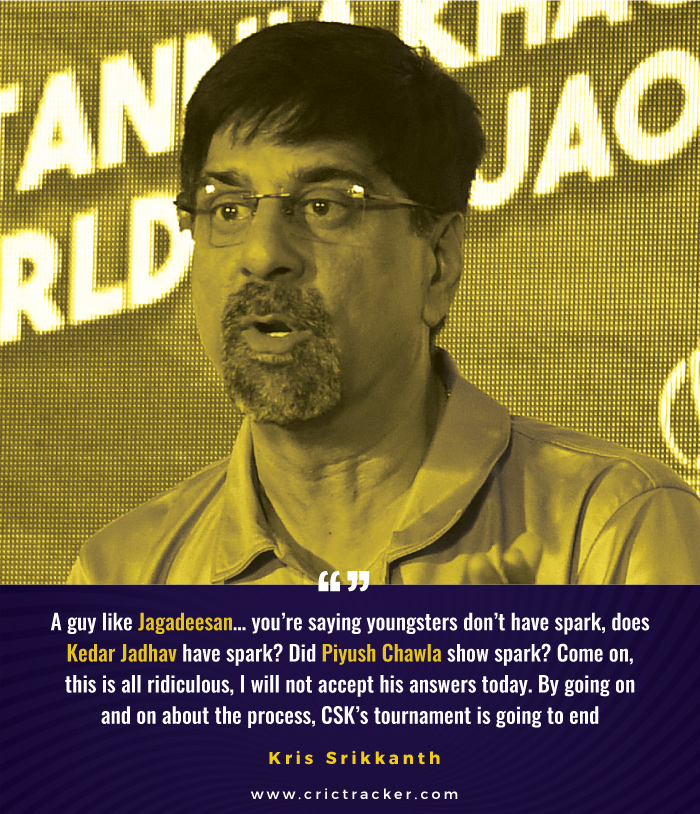 Yes. Srikanth indeed has a point. Jadhav has been shuffled around in the batting order and has been floated around at different positions. He has failed to perform in every opportunity he has been provided with, and his role in the side is not clear. In Chennai’s second game against Rajasthan Royals, Jadhav was sent in at No.6, where he scored a 16-ball 22. In the next innings against Delhi Capitals, he batted at No.5. In the encounter against Sunrisers Hyderabad, he was sent in at No.4 and consumed 10 balls to score 3 runs.

Against Kolkata Knight Riders, Jadhav was again pushed back to No.6 where he labored to 7 runs off 12 balls. And finally, in the game against Rajasthan, Jadhav came in at No.7 and showed no real intent.

Are CSK sending the right message to a youngster?

Even former Indian batting legend Virender Sehwag was scathing in his criticism of the Chennai side. This is what Sehwag had to say after Chennai failed to chase down the target of 168 against Kolkata Knight Riders. 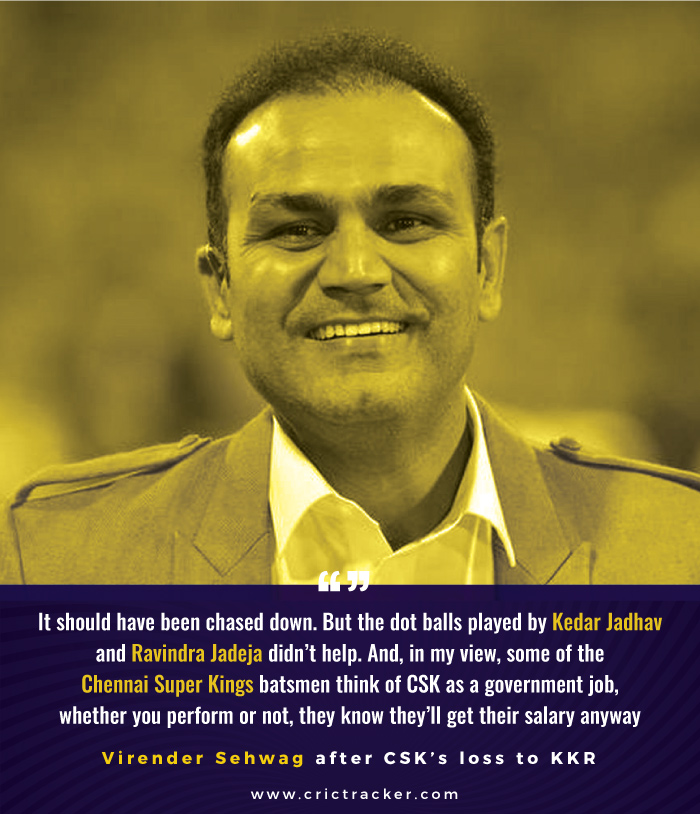 What message is the Chennai side sending to a youngster? What is the logic behind persisting with a non-performer like Jadhav in the lineup in spite of his repeated failures with the willow?

It could be extremely demoralizing for a youngster who is trying to make a mark if he is dropped from the side for no fault of his. Jagadeesan will indeed be disappointed and has every right to be so.

Will Jagadeesan get an opportunity in the next game? Or, will the Chennai side continue to persist with Jadhav?

Well, only MS Dhoni can answer that.

Note: All stats have been taken from Howstat cricket and have been updated as of 19th October 2020