CSK has released Kedar Jadhav who didn't have a great IPL 2020. 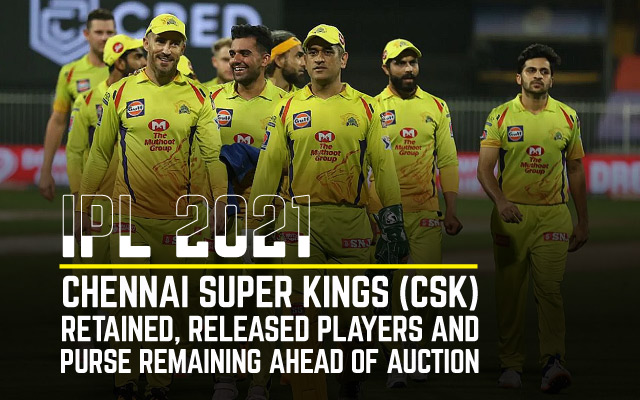 Chennai Super Kings (CSK) endured their toughest season in the 13th edition of the Indian Premier League (IPL). They missed a couple of their veteran players in Harbhajan Singh and Suresh Raina while some of their cricketers got injured during the tournament. With an ageing squad, in the UAE, CSK never looked like competing and the skipper MS Dhoni also admitted the need for more youngsters in the squad.

For the first time in the IPL and 11 seasons of their existence, CSK couldn’t make it to the playoffs and even the coach Stephen Fleming felt that they will have to now build the team for future investing in the youngsters. The preparations for the 14th season of the T20 extravaganza have begun and the deadline for the franchises to release the list of retained and released players was January 20.

Accordingly, CSK have done the needful releasing Kedar Jadhav, Murali Vijay, Monu Singh and Piyush Chawla ahead of the auction for the 2021 season. The trio, especially Kedar, was criticized a lot for their performance in the IPL 2020 and it is no surprise that they have been released. Harbhajan Singh himself announced the end of his association with CSK early on Wednesday with a tweet.

As my contract comes to an end with @ChennaiIPL, playing for this team was a great experience..beautiful memories made &some great friends which I will remember fondly for years to come..Thank you @ChennaiIPL, management, staff and fans for a wonderful 2years.. All the best..🙏

Suresh Raina retained after a lot of deliberation

Meanwhile, the three-time champions have retained Suresh Raina after a lot of deliberations according to reports. The southpaw had controversially flown back to India from the UAE just before the start of the previous season. There were speculations of him being released due to the amount he fetches per season. But for now, the franchise has decided to retain him.

Moreover, Shane Watson is also among the list of released players as he announced his retirement after CSK’s last match in 2020. As expected Sam Curran has been retained after his amazing all-round show in IPL 2020. He was the best player for them with bat and ball. After the auction last year, CSK had the least purse available (Rs o.15 crore) but now with these releases, they have Rs 22.7 crores in their pocket. 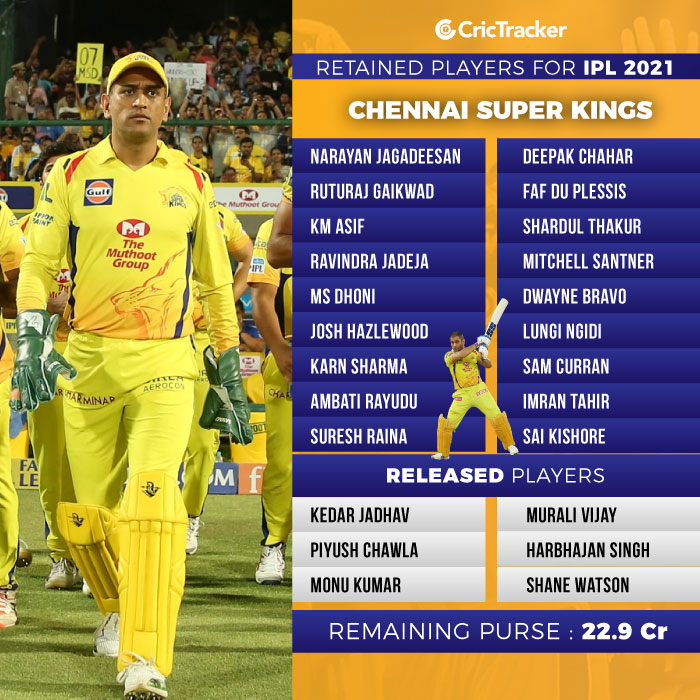