In their previous meeting, the Royals beat the Capitals by three wickets after David Miller and Chris Morris' heroics with the bat. 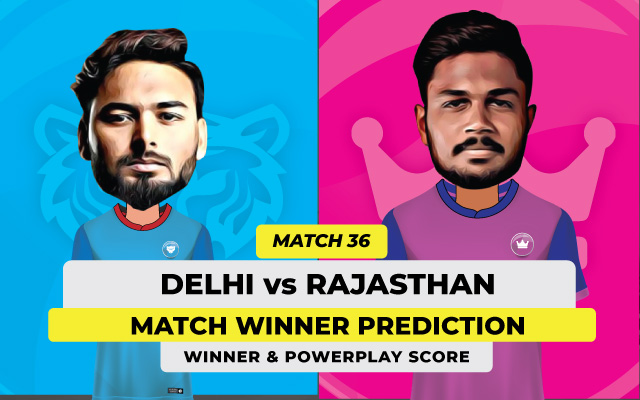 Delhi Capitals are set to lock horns with Rajasthan Royals in Match No.36 of the 2021 Indian Premier League on Saturday, September 26 at the Sheikh Zayed Stadium in Abu Dhabi. The Capitals have started the second leg on a resounding note after beating Sunrisers Hyderabad by eight wickets.

Shreyas Iyer and Anrich Nortje returned to their eleven and their lineup looks stronger than ever. The Capitals are sitting pretty on top of the points table and a win will almost take them into the playoffs. The Royals, on the other hand, must be high on confidence after two successive wins.

In their previous game, they scripted a jailbreak and beat the Punjab Kings by two runs at the Dubai International Cricket Stadium. The inclusion of Evin Lewis, Liam Livingstone and Tabraiz Shamsi has strengthened them. In their previous meeting, the Royals beat the Capitals by three wickets in Mumbai.

The pitch in Abu Dhabi has been a great one for batting in the second leg of IPL 2021. However, the spinners have also extracted quite a bit of help from the surface. The teams, batting second, have found it easier in the earlier two games. Chasing should be the way forward.

Evin Lewis can be devastating at the top of the batting order. He played some brilliant knocks, including a century against Trinbago Knight Riders at the Warner Park, in the CPL. Even in the Royals’ previous game, he scored 36 runs off 21 balls at a strike rate of 171.42. If Lewis gets going, the Capitals’ bowlers may end up chasing leather.

Anrich Nortje didn’t play a single game in the first leg of the 2021 IPL in India. However, once he returned, he showed the utility he brings to the fore. In the previous game against the Sunrisers, the South Africa speedster became the Player of the Match after getting three wickets. Moreover, he bowled the eight fastest deliveries of the tournament. 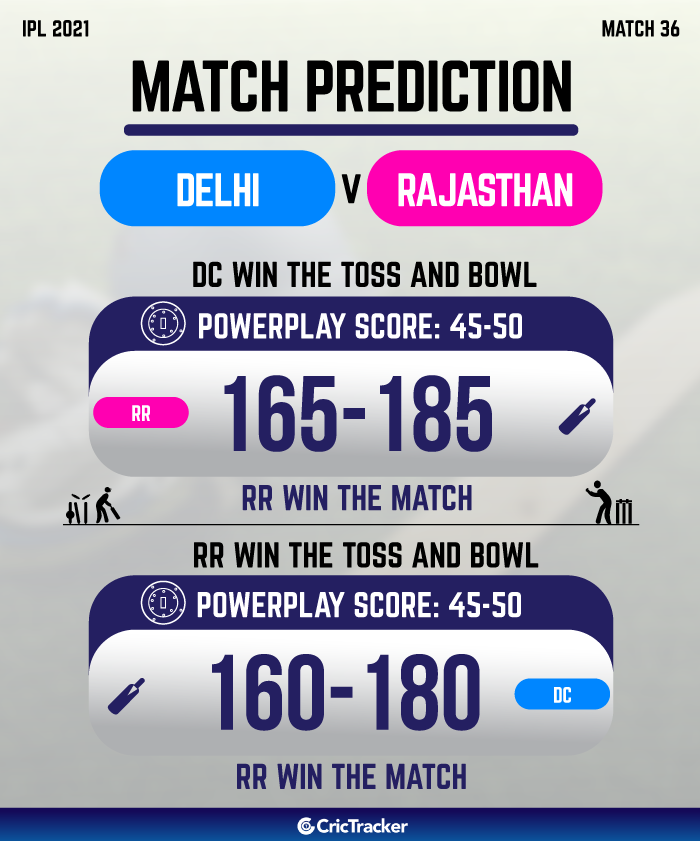