The last time these two teams met, KKR bowled RCB out for 92 and won the game comfortably. 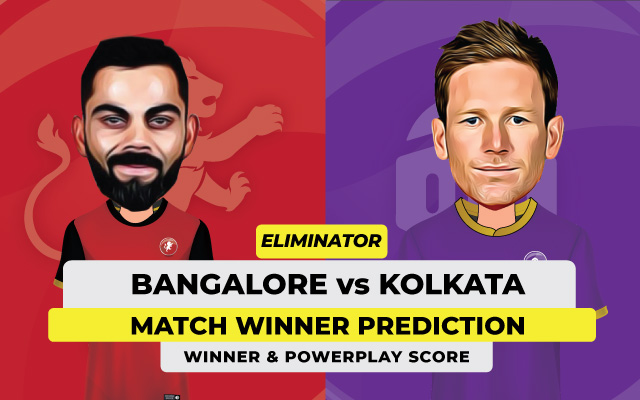 Royal Challengers Bangalore are set to lock horns with Kolkata Knight Riders in the Eliminator of the 2021 Indian Premier League on Monday, October 11 at the Sharjah Cricket Stadium. The Eoin Morgan-led Knights had a disastrous campaign in India as they won only two out of seven games.

But in the UAE, the Men in Gold and Purple came out all guns blazing and won five out of seven games to go into the playoffs. The Challengers, on the other hand, have also been impressive as well. The team, led by Virat Kohli, finished third on the table with 18 points from 14 games in the event.

They could have finished second, but Chennai Super Kings edged them out on net run rate. Both teams will be high on confidence after winning their respective last matches. Even as the Challengers beat the Delhi Capitals in Dubai, the Knight Riders thrashed the Rajasthan Royals in Sharjah itself.

The pitch in Sharjah hasn’t been an overly great one for batting. Run-making in the powerplay will hold a lot of importance. When the ball gets old, it becomes tough to score runs. Chasing should be the way forward as five out of eight games have been won by the chasing teams.

Virat Kohli hasn’t quite had the campaign he would have expected to when the IPL got underway back in April. The right-hander has notched 14 games in which he has scored only 366 runs at an average of 28.15 and a strike rate of 119.60. In his previous two outings against KKR, Kohli flattered to deceive. He will look to get some runs in the crunch encounter.

Varun Chakravarthy has been outstanding for the Knight Riders in the second leg of IPL 2021. In the entire tournament, the tweaker has notched 16 wickets from 14 games at an incredible economy rate of 6.50. The last time when KKR met RCB, Chakravarthy became the Player of the Match after he picked up three wickets and gave away only 13 runs. 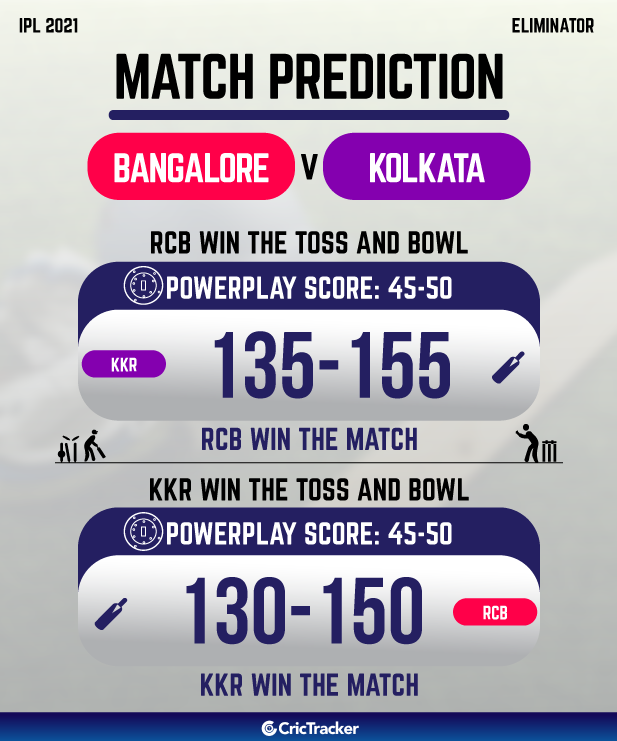