The Super Kings have already made their way through to the playoffs. 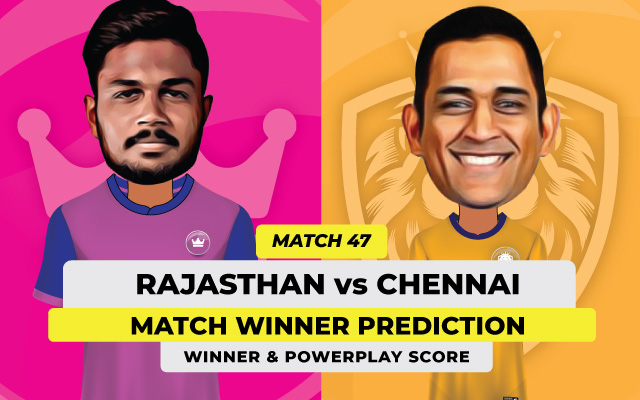 Rajasthan Royals are set to lock horns with Chennai Super Kings in Match No.48 of the 2021 Indian Premier League on Saturday, October 2 at the Sheikh Zayed Stadium, Abu Dhabi. The Super Kings, on Friday, became the first team to qualify for the playoffs after beating the Sunrisers Hyderabad.

With a net run rate of 1.002, the Yellow Army are also expected to finish on top of the points table. However, they may drop their guard a wee bit and rest a few of their key players. The Royals, led by Sanju Samson, on the other hand, are in dire straits as they are languishing at seventh in the table.

If they lose another game, it would be extremely tough for them to make it to the playoffs. In their previous game, RR lost to the Royal Challengers Bangalore by seven wickets. Beating the Super Kings won’t be easy by any means and Samson’s men need to put their best foot forward in the match.

The pitch in Abu Dhabi has been a tad on the slower side. In the previous game between MI and PBKS, run-making became a tough task especially when the ball became old. The track, however, tends to assist the team batting second.

Faf du Plessis has been exceptional for the Super Kings in the 2021 edition of the IPL. In 11 matches, the former South Africa skipper has notched 435 runs at an average of 48.33 and a strike rate of 138.09. Having scored four half-centuries in the T20 league, du Plessis has been on top of his game. The Royals need to get him out at the earliest.

Mustafizur Rahman has been exceptional for the Royals in recent times. Chris Morris hasn’t delivered in the UAE and it’s Mustafizur, who has stepped up for his team in the tournament. In 11 matches, the left-arm seamer has picked up 13 wickets at an excellent economy rate of 7.75. 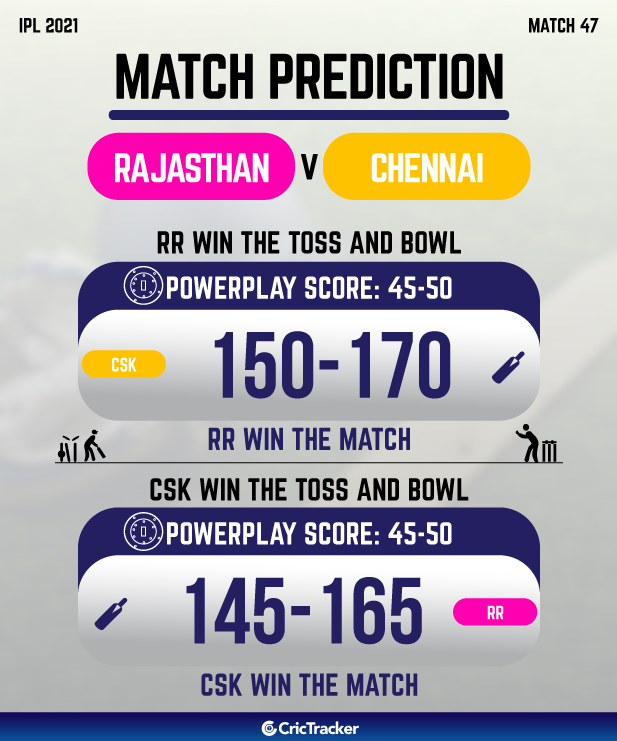