The Orange Army have lost both their matches while batting second. 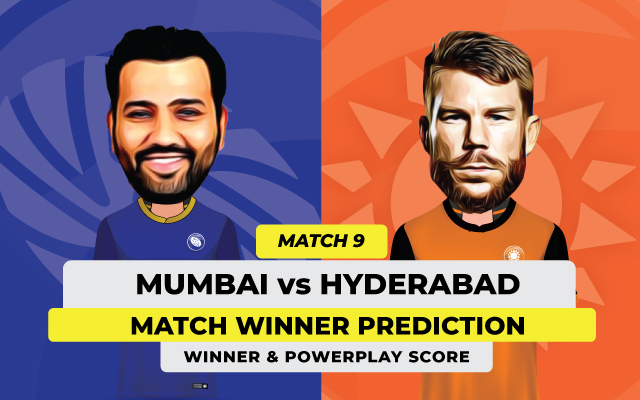 Sunrisers Hyderabad (SRH) have made a horrendous start to the 2021 Indian Premier League (IPL) after losses to the Kolkata Knight Riders (KKR) and Royal Challengers Bangalore (RCB) in their first two matches. Both times, they failed to chase down targets.

In their last game against Virat Kohli’s Challengers, the Orange Army had the upper hand for most of the game, but couldn’t get over the line. David Warner and Co will next be up against the Mumbai Indians (MI) on Saturday, April 17 at the MA Chidambaram Stadium in Chennai.

Even as their bowling looked decent, it’s their batting that remains an area of concern. Rohit Sharma’s men would be high on confidence after securing a victory over the Knight Riders following a stupendous bowling performance while defending a low score.

The pitch at the Chepauk hasn’t been an easy one for batting by any means. It has gotten slower and batting second becomes even tougher. Targets above the 155-run mark can be tricky to chase down. Batting first should be the way forward. The playing conditions will mostly be clear with the temperature around 30 degrees Celsius. The humidity will be in the low and mid-60s.

Quinton de Kock couldn’t quite get going in the game against KKR, getting out to Varun Chakravarthy. But against the Sunrisers, the left-hander has more than decent numbers. In nine games, the southpaw has scored 331 runs at an average and strike rate of 41.38 and 137.34 respectively. He has also three fifties along with a top score of an unbeaten 69 to show for his efforts.

Rashid Khan, arguably, has been the standout bowler for the SRH franchise in the tournament. In two matches, he has picked up four wickets at an impressive economy rate of 5.25. Against MI, Khan has eight wickets to his name from 32 overs with an economy of 5.22. MI have a power-packed batting unit and the Orange Army would be looking up to their premier spinner to again deliver.