MI franchise is the most successful team in IPL history. 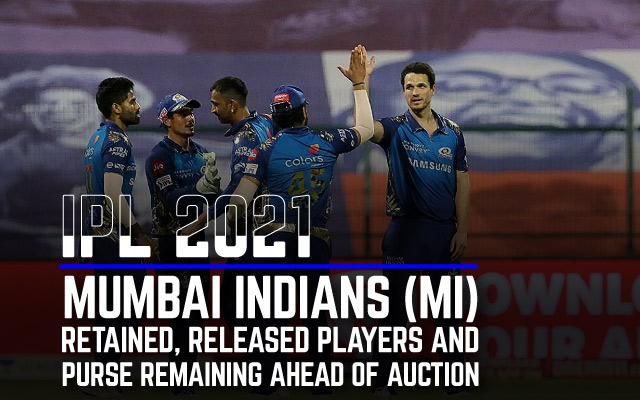 Mumbai Indians (MI) won the IPL title on November 10, 2020, for the record fifth time. It was a comprehensive performance from the Rohit Sharma-led side and no other team was even close to them. Out of 16 matches MI played including the final, they lost only three of them with two of them going down to the Super Over. Rather the match against Kings XI Punjab went for the second Super Over, the first such instance in T20 cricket ever.

In just over two months after lifting the trophy, MI find themselves preparing to defend the title and make it three in a row. It is time for the auctions ahead of the 2021 season and the franchise has released the list of the retained and released players. First of all, they will be delighted that it is a mini-auction, not mega which gives them a chance to hold on to their core players, possibly the strongest among all teams, for one more year.

With MI, there was never a question of who were going to be retained. Even without the auction, the franchise will have its 11 best players on the park which is a testament to the way they have built their team over the last few years.

The five-time champions have decided to release Lasith Malinga though who played a huge role in them winning the 2019 IPL. But he didn’t feature for them in the 2020 season due to personal reasons while the West Indies hard-hitting batsman Sherfane Rutherford has also been released.

Other big players to be left out of the MI squad are Nathan Coulter-Nile, James Pattinson and Mitchell McClenaghan with the domestic players Digvijay Singh and Prince Balwant Rai also set to feature in the auction next month. 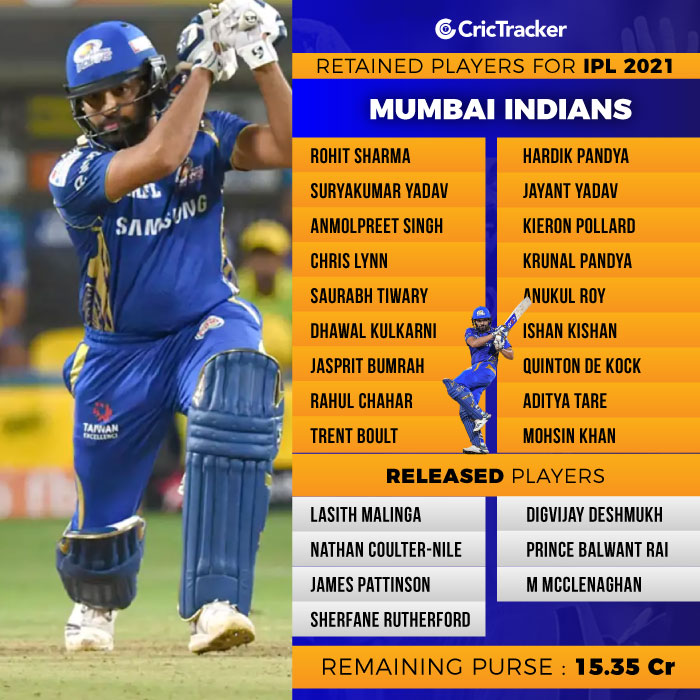