Sanju Samson has been named the Royals skipper. 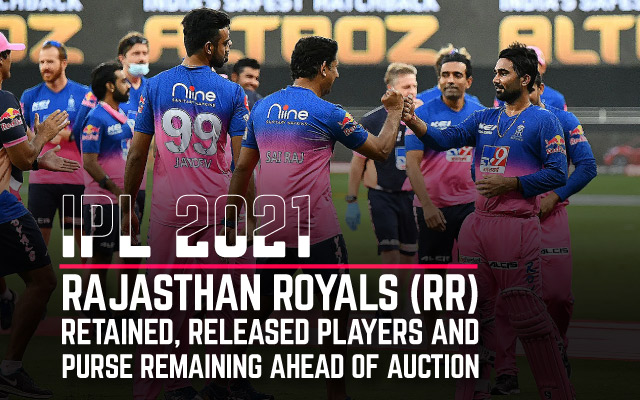 Rajasthan Royals (RR) is another franchise that had some of the best players in their squad for IPL 2020 but couldn’t go the distance. Rather, under the leadership of Steve Smith, they ended up at the last position on the points table despite starting well with two wins on the trot in Sharjah. Upon reviewing the season performance, the franchise has decided to release Smith which is huge news.

Steve Smith played all 14 matches for the Royals last season and could only muster 311 runs at a strike-rate of 131 with three fifties. He was inconsistent on most occasions and a few of his decisions came under the scanner as well during the tournament. The Royals have now named Sanju Samson as the new captain for the 2021 edition of the T20 extravaganza.

The franchise has decided to retain the other three high-profile overseas players, Ben Stokes, Jos Buttler, and Jofra Archer, which isn’t a surprise. All the three players are match-winners in their own right and the captaincy hat might go to either Stokes or Buttler as well.

Among other released players, Ankit Rajpoot, Oshane Thomas, Varun Aaron and Tom Curran also make it to the list while David Miller has been retained. The South African got only a solitary match to play last season and he got run-out without playing a single ball only to warm the bench again. Kartik Tyagi who was with the Indian team in Australia for the whole tour has also been retained while pacer Ankit Rajpoot has been let go of by the franchise. 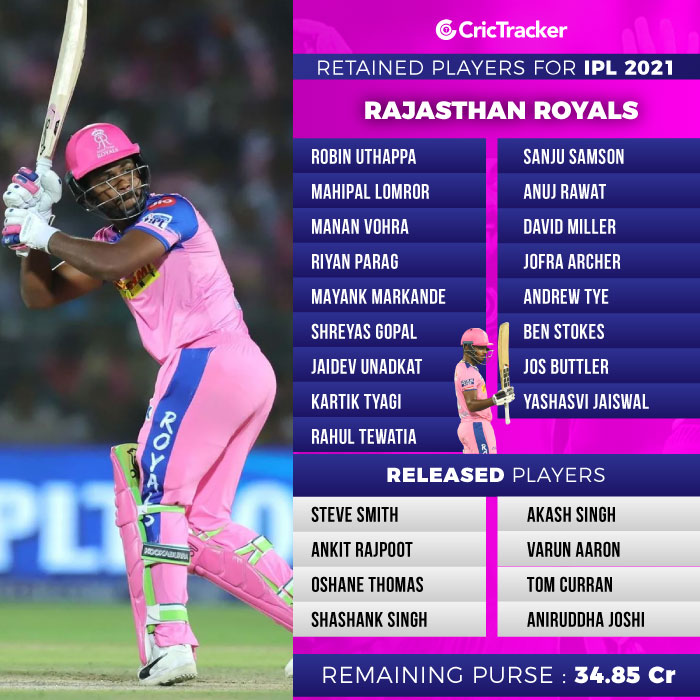