Players from CSK and DC can be transferred out as they won't be playing for 3-4 days now. 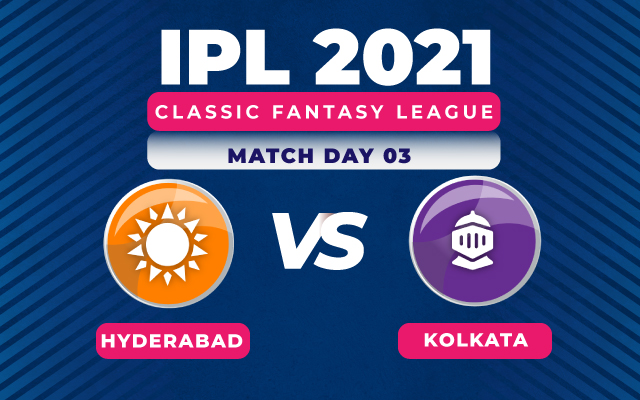 The third match in this IPL 2021 Season will start at 7:30 PM IST between Sunrisers Hyderabad (SRH) and Kolkata Knight Riders (KKR) in Chennai. In this article let us discuss the Season Long Fantasy League team setup for Match 3.

Shakib Al Hasan (KKR): Shakib can bat up the order and can bowl full 4-over quota. Shakib will make it to the final XI unless KKR persists with Sunil Narine.

Jonny Bairstow (SRH): It remains to be seen whether SRH will go with their overseas batsman as Jonny Bairstow or Kane Williamson(SRH) or both. If we go with Shakib Al Hasan as one pick, we will have Jonny Bairstow as our other pick for this match

Rashid Khan (SRH): The world’s best spinner Rashid Khan will add additional value on the Chennai pitch. We may not be able to carry him for the SRH next match. So we will pick him up based on the above other team combinations.

Andre Russel is KKR’s biggest power hitter. When KKR bats first, he will come up the order. We are not clear on how many overs he is going to bowl. So, we will take him as a vice-captain if KKR bats first.

Note: There could be slight changes in the fantasy team based on the teams announced after the toss and any other news.