Having won the IPL once back in 2016, SRH is one of the few teams to make it to the top four every year since then. 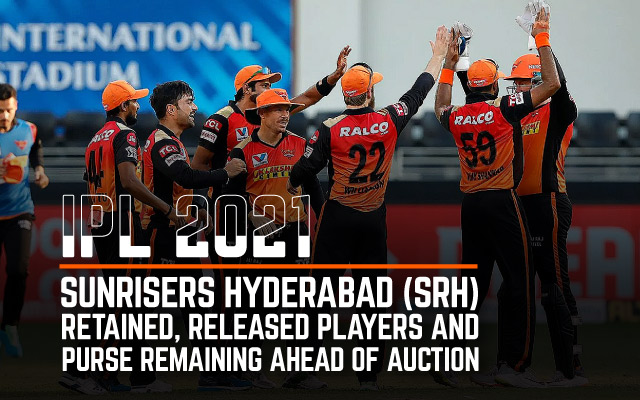 Sunrisers Hyderabad (SRH) always manage to punch above their weight and even in the IPL 2020, they did the same. Despite not having a great depth in their batting line-up, especially middle-order, the team used its resources wisely and made it to the playoffs. They also defeated the Royal Challengers Bangalore (RCB) in the eliminator but fell one step short of making it to the final.

Having won the IPL once back in 2016, SRH is one of the few teams to make it to the top four every year since then. They will surely be willing to strengthen their batting in the upcoming auction and keeping in mind the same, they have decided to release a few players. They already had Rs 10.1 crore left after the auction last year and releasing cricketers only allows them to go at a few superstars full-throttle while bidding.

As far as the list of retained players is concerned, New Zealand skipper Kane Williamson is one of the first names who didn’t play all games last season but proved his worth in the second half thereby bolstering the batting. David Warner too, multiple times, confirmed on social media that the franchise won’t be releasing Williamson at any cost. Another unsurprising retention is of Rashid Khan who has been excellent for them in every season.

In terms of the released players, Billy Stanlake has been released by the Orange Army who either couldn’t make it to the XI or was injured during his stay with the franchise. Fabian Allen, Sandeep Bavanaka, Sanjay Yadav and Yarra Prithvi Raj are the other released players for them ahead of the IPL 2021 auction. They will be hoping to make the most of retained players and include a few other good players in the auction. 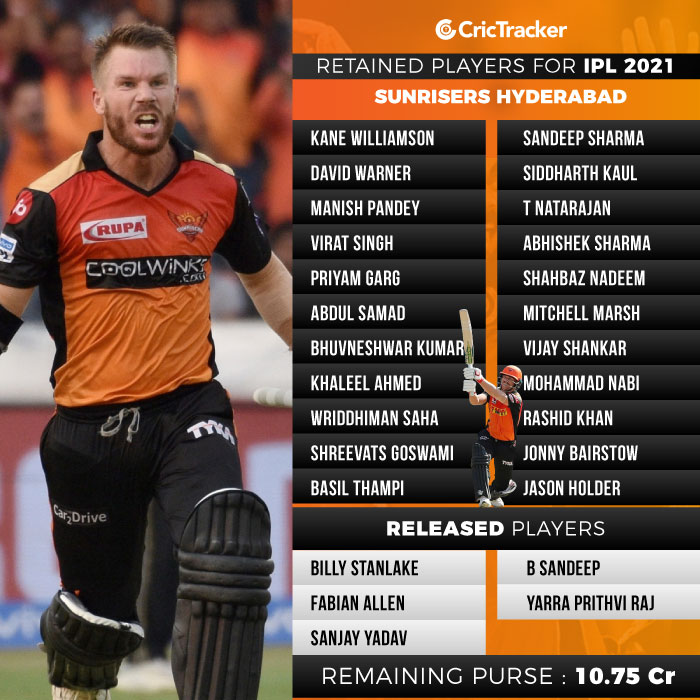