The winner of this game is likely to seal a spot in the playoffs of IPL 2022.

Lucknow Super Giants will be next up against the Gujarat Titans in Match 57 of IPL 2022 at the MCA Stadium in Pune. This will be a mouth-watering contest between the top two teams in the tournament this season. Gujarat Titans had a fantastic run until the last two games when they ended up on the losing side.

Lucknow Super Giants, on the other hand, have been splendid throughout the tournament and they are coming off four victories in their last four games. The KL Rahul-led side has excelled in all three departments and each of the personnel in the squad has been putting up their hands. They are likely to go in with the same playing XI after a dominating victory in the last game.

Lucknow Super Giants will have a slight advantage as they played their last game at the same ground and know the conditions well. Despite franchises in recent times opting to bat first after winning the toss, chasing still will be the most preferred option as it is a night game.

KL Rahul has been the standout batter for the Lucknow Super Giants this season and has already accumulated 451 runs in 11 games. However, he was dismissed for a diamond duck in the previous game through a run-out, and he will be looking to make up for it with a big score. The right-hander has been in excellent touch and has the ability to lead the side from the front.

Avesh Khan has been out of the side for a couple of games this season, but has managed to keep his form going and was the pick of the bowlers in the last game. The right-arm quick has picked up 14 wickets in nine games this season and finished with figures of 3 for 19 against KKR. He will be looking to continue his good performances in the upcoming fixture as well. 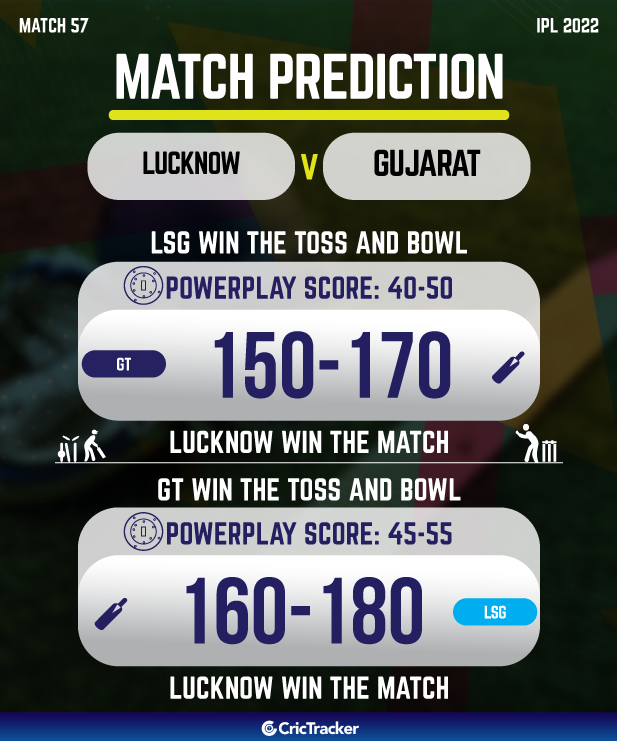 Check out our latest IPL Orange Cap report to know which team’s batsman is making the most runs in  IPL 2022.