After winning the second ODI, Ireland is now at a position where it can whitewash South Africa.

Ireland once again showed why their team needs to be respected more by the international teams or just in the international circuit. South Africa was caught napping in another day of glory as Ireland took the lead in the series, beating the visitors by a margin of 43 runs.

South Africa’s bowling was a bit off-colour and the Irish’s batting was more than good enough to consolidate their position in the match, as they got a total of 290. There are clear signs that the Proteas’ batting, especially their middle order has to step up and show some class. More than anything, the Proteas must stand up for pride in this match on July 16th.

The wicket in Dublin is decent enough for putting up good totals on the board, as the Irish team did in the last match. There might be a bit of turn on this surface but nothing which should worry the batsmen.

Andy Balbirnie has transformed his batting in limited-overs cricket in recent times by scoring some really valuable runs for his team. His form can’t be doubted one bit as he is coming into this match after a century, his seventh. Ireland would need one more good batting effort from him to seal the series against the mighty Proteas.

There are certain players who play by the size of the stage. Kagiso Rabada is one such player. Given the situation that the Proteas team are in, Rabada is someone who can definitely pull them up. He has already taken three scalps in two matches in this series, but one would feel that a match-winning effort is around the corner. 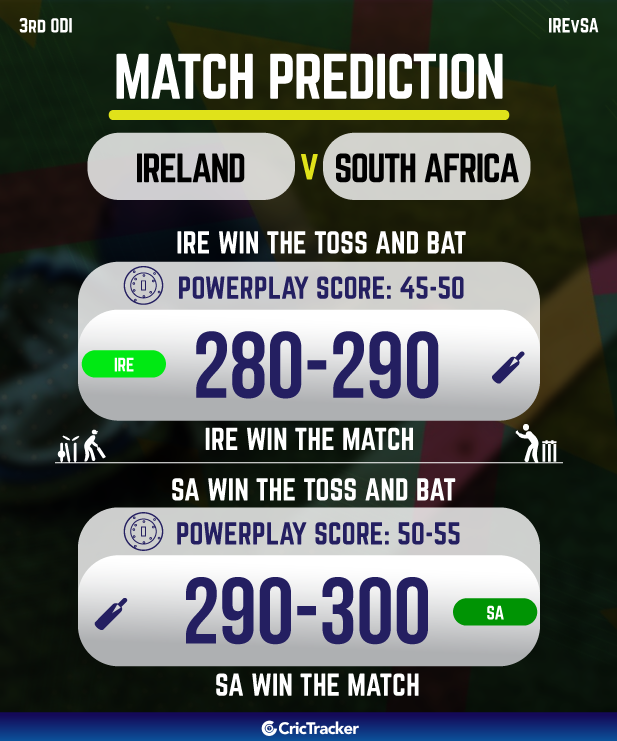