The 22nd match of the ECS T10 Barcelona 2020 will be played between Joves Units CC and Raval Sporting CC at the Montjuic Ground, Barcelona on Monday.

Raval Sporting CC are on the same track, as they too lost their previous encounter against Pak Montcada CC. They are placed at the 4th position whereas their opposition, Joves Units CC, are placed at the 6th position in the Group B points table. Both the teams would be eager to bag the two points and get back to winning ways.

The skies are predicted to be partly cloudy with the temperatures hovering around 18 °C range. Overall, it iss expected to be a good day for a cricket match.

Also Read – IPL 2020: CSK’s Dwayne Bravo likely to get ruled out of next few matches

IPL 2020: Side strain rules KKR’s Ali Khan out of the tournament

Taqqi Ul Mazhar is a man on scintillating form and has scored 70 runs from two games he played.

Abdul Rehman Ullah is must-pick batsman from Joves Units CC. He scored 31 runs in two matches and is expected to get some runs in the upcoming game.

Israr Ahmad will be the key bowler for Joves Units CC, as he picked up 2 wickets in the last match.

Gaurang Mahyavanshi is in extraordinary touch with the ball as he picked up 5 wickets in just two games.

Following him is the skipper of the side, Ishan Patel, who bagged 5 wickets in two games. He picked up a 4-wicke haul in the first game.

Lovepreet Singh has scored 40 runs from two games he played so far. 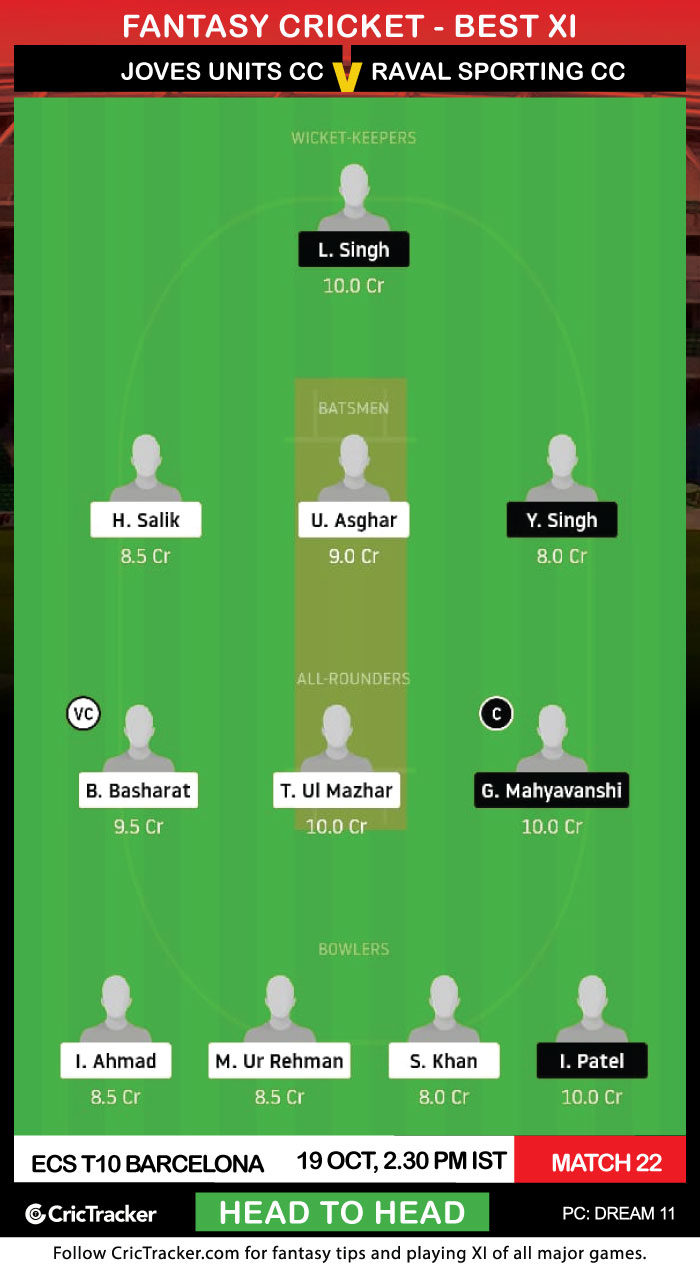 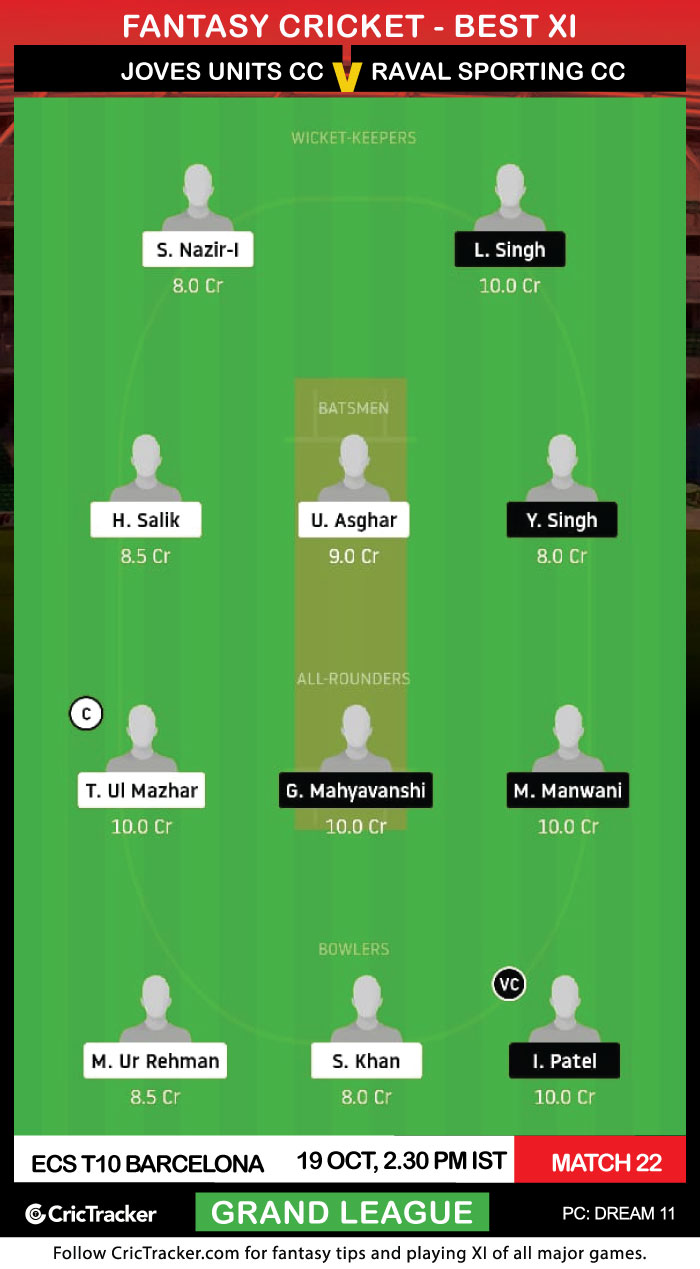 The 16-year-old Manish Manwani is a talented all-rounder who can fetch points with both bat and the ball. It is advisable to pick him in either of your two Dream11 Fantasy teams.

Raval Sporting CC are expected to win this match.