Bangladesh Kings CC are expected to reduce the gap with the top two by beating last-placed Minhaj CC.

The 12th match of the ECS T10 Barcelona will be played between Bangladesh Kings CC and Minhaj CC at the Montjuic Ground, Barcelona.

On the other hand, Minhaj CC have lost their first two matches. They are placed at the bottom of the points table and also have a very poor net run-rate 0f -3.756. They will try to win this match and gain some valuable points at the start of the tournament before things start slipping out of their hands.

It will be mostly sunny in Barcelona on Wednesday, with the temperature hovering around 19 Degrees Celsius.

The track at the Montjuic Ground, Barcelona is pretty neutral in nature. However, the bowlers have held in the upper hand in the last couple of games.

IPL 2020: KXIP likely to persist with KL Rahul and Anil Kumble at the helm for upcoming season

Shakil Mia was the highest run-scorer for Bangladesh Kings CC in the only match he has played in this tournament so far. He scored a quickfire 4  at a strike rate of 210.

Sofiqul Islam has scored 25 runs and picked up a wicket in two matches he played. He can score big in this match as well.

Hussain Aminul has been in great form with the ball in hand. He has picked up 4 wickets in the two matches he has featured in so far.

Also Read – The kind of form Surya is in, I should have sacrificed my wicket: Rohit Sharma 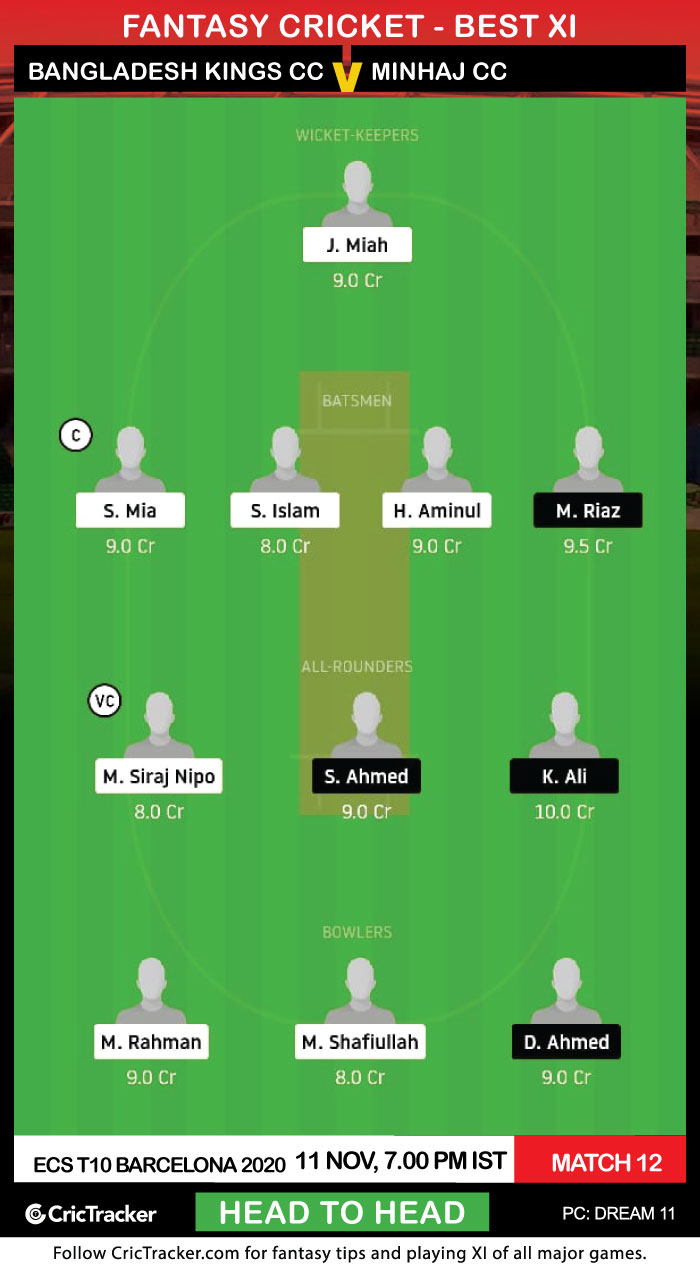 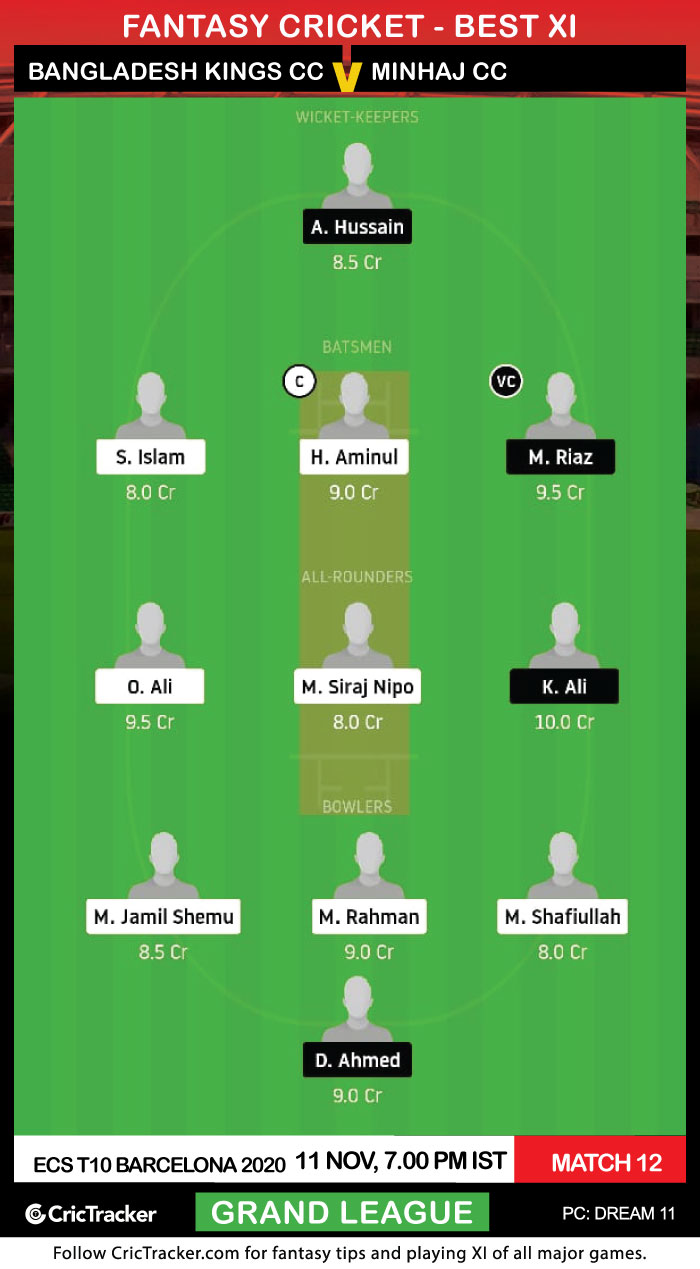 It is advisable to pick 4 bowlers in one of your Dream11 Fantasy teams, as they have done well in the last few matches.

Bangladesh Kings CC are expected to win this match.