Babar Azam is undoubtedly the best option to make captain of your Fantasy team.

The 26th match of the National T20 Cup 2020 will be played between Khyber Pakhtunkhwa and Central Punjab at the Rawalpindi Cricket Stadium, Rawalpindi.

Khyber Pakhtunkhwa would be gutted after their loss against Sindh last night. They had the match under their control until the last 3 balls of the game. Although it’s tough to get over such a loss, they would want to forget what happened and focus on their clash against Central Punjab.

Central Punjab too almost chased down a mammoth total of 205, falling short by just 3 runs. They would take a lot of positives from the game considering their start batsman, Babar Azam, didn’t contribute to the total. It should be a fierce contest between the two sides.

MAK vs AM Weather Report for Match 26:

It will be a humid evening in Rawalpindi. The skies will be clear and the temperature will be around 21 degrees Celsius for this match.

The pitch has been playing very good at the Rawalpindi Cricket Stadium. With assistance for both, batsmen and bowlers we can expect a good contest between the two sides.

Fakhar Zaman has been in tremendous form. Although he missed out in the last game, he has already amassed 271 runs at a strike rate of 141.88 in 8 matches.

Abdullah Shafique is the leading run-scorer in the tournament so far with 295 runs to his name at an average of 42.14 and a strike rate of 133.48 in 9 innings.

Babar Azam has lit the National T20 Cup with three consecutive fifties in three games. He has already mustered 236 runs at an impressive average of 118 and a strike rate of 161.64 in just 4 innings.

Shaheen Shah Afridi is the leading wicket-taker in the tournament and has accounted for 16 wickets at an economy of 6.85 runs per over. 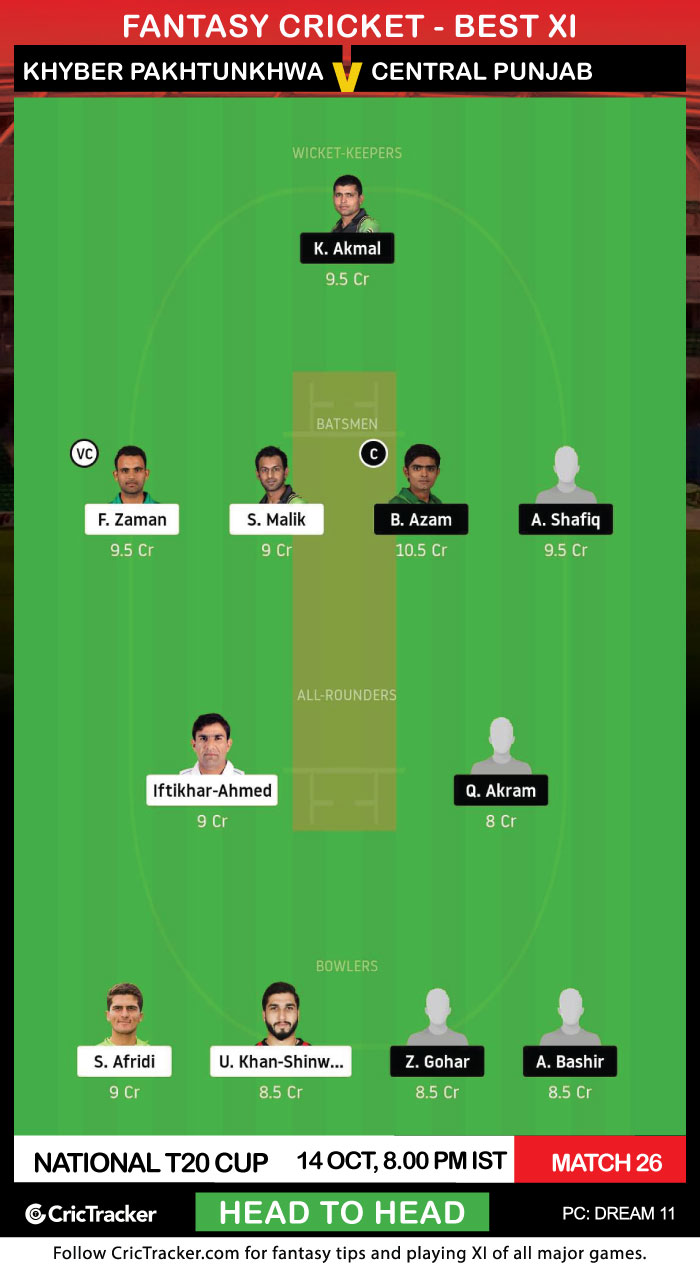 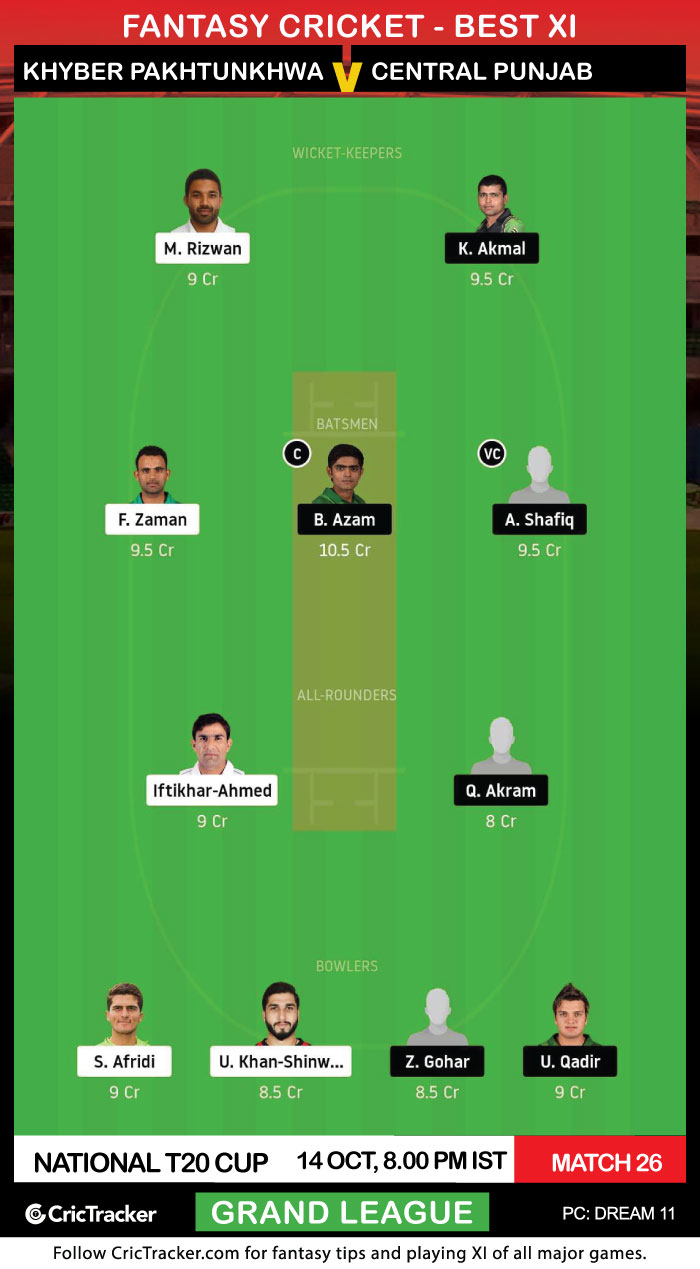 Usman Shinwari picked up 3 wickets for just 20 runs in the last game. He can be a differential factor in your team considering not many people have picked him in their Dream 11 fantasy team.

Khyber Pakhtunkhwa is expected to win this match.