Sindh are ahead of Khyber Pakhtunkhwa on form.

The 2nd Semi-Final of the National T20 Cup will be played between Khyber Pakhtunkhwa and Sindh at Rawalpindi Cricket Stadium, Rawalpindi.

The match is scheduled to start at 7:30 PM local time (8:00 PM IST) and will be streamed on the Pakistan Cricket Youtube channel.

Despite making a strong start to the National T20 Cup, Khyber Pakhtunkhwa could not perform well in the second half of the competition. They won only one of their last five games to end the league stage with 10 points in 10 games. On the other side, Sindh started off slow, but they recorded four wins in their last five games.

Khyber Pakhtunkhwa had a slightly better net run rate than Sindh, which allowed them to finish at the 2nd position. Speaking of their head-to-head record in this tournament, both teams have defeated each other once. Khyber Pakhtunkhwa beat Sindh by eight wickets in their first meeting, while Sindh emerged victorious by two wickets in the subsequent clash.

There is a negligible chance of rainfall during the match time in Rawalpindi. The temperature will stay around 19 degrees Celsius in the evening.

The teams batting first have been largely successful in the last few games played on this ground. Hence, the captain winning the toss is expected to bat first. The fast bowlers have been more successful than spinners here.

174 (Last 5 games played at this venue in this tournament)

Khurram Manzoor aggregated 334 runs in 10 matches of the first round. He scored one century and two fifties, with a strike rate of 136.88.

Sohail Khan was the best bowler from Sindh in the group stage. He scalped 15 wickets with his pace bowling. Besides, Khan also scored 43 runs.

Mohammad Rizwan led his team from the front during the group stage. He scored 297 runs in 10 matches, including three half-centuries.

Wahab Riaz has taken 12 wickets in eight matches for Khyber Pakhtunkhwa. He picked up a five-wicket haul in the previous game, highlighting his magnificent form. 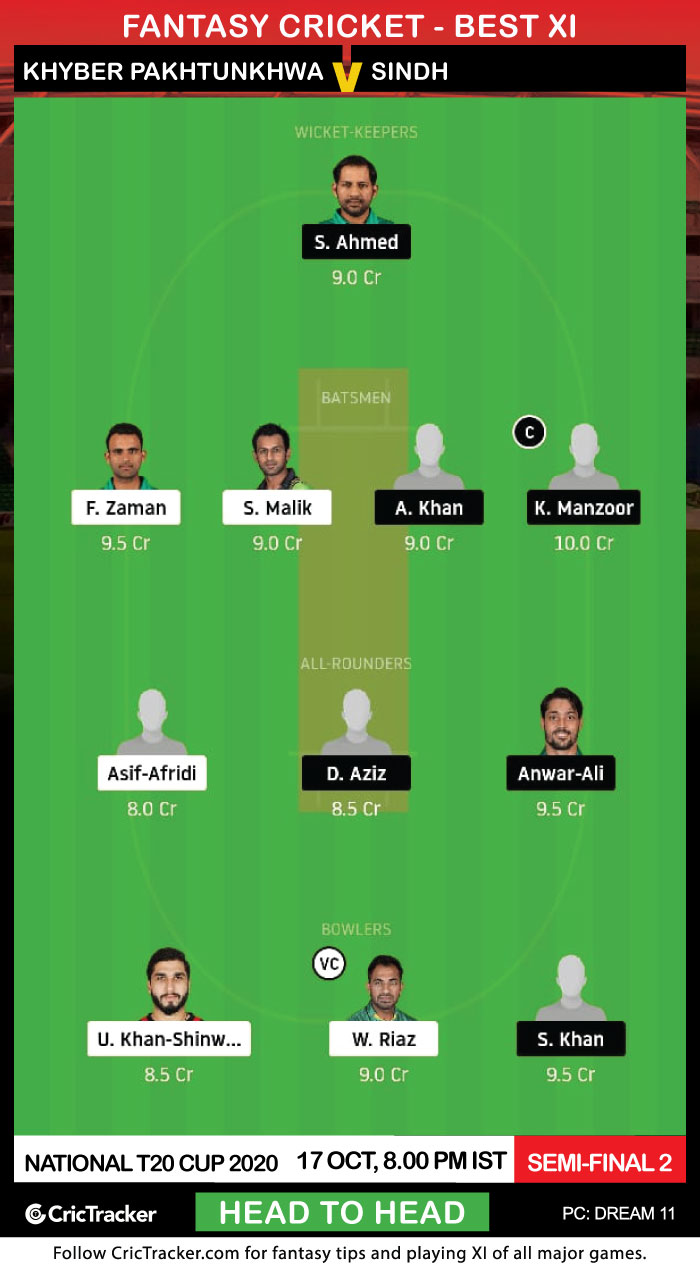 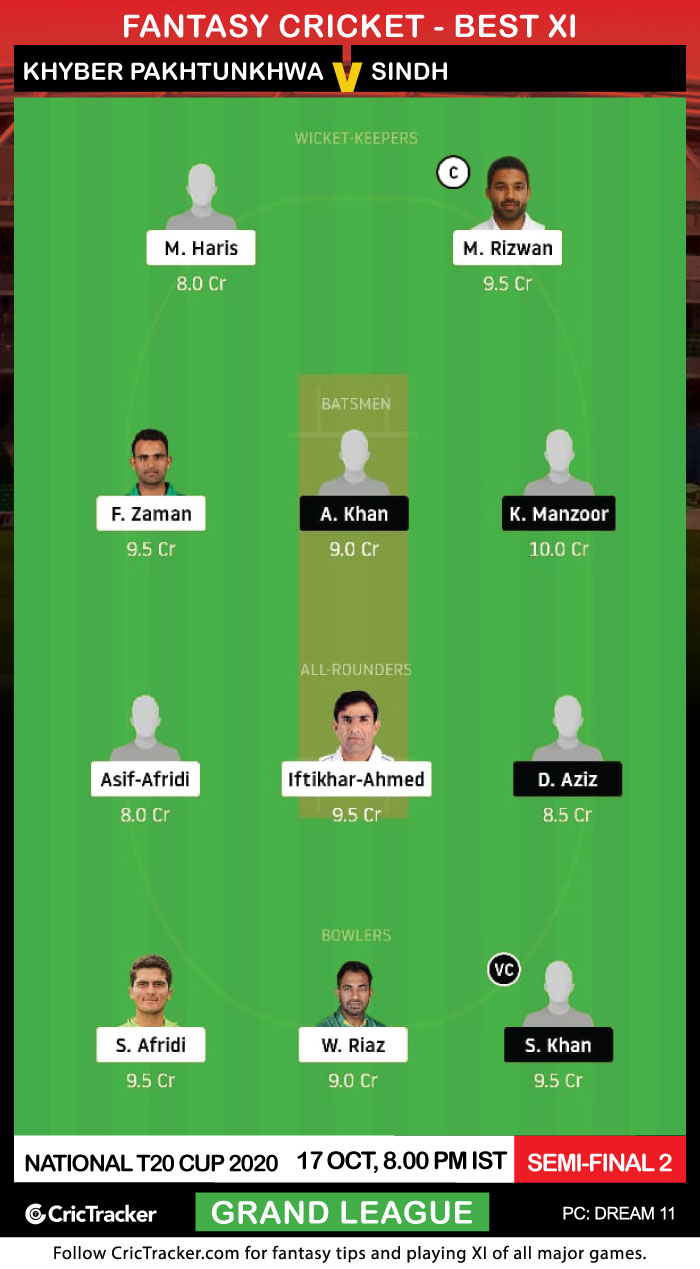 Anwar Ali has scored 130 runs and picked up 13 wickets in 10 games. Having said that, he has looked off-color in the recent matches. He can be a risky differential captaincy option for either of your Dream11 Fantasy teams.

Sindh are predicted to win this match.