Big hitters in the form of Eoin Morgan, Andre Russell, Nicholas Pooran and Chris Gayle will be in action on Saturday. 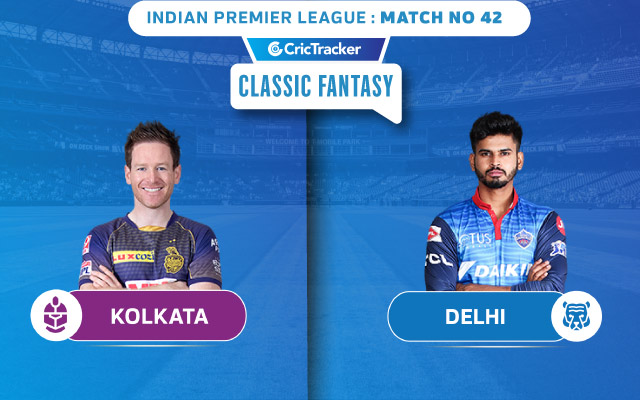 Saturday will host two important clases in the 2020 Indian Premier League (IPL) as KKR takes on DC while SRH faces KXIP Test. The result of the afternoon game between DC and KKR might not confirm any team’s fate but KXIP-SRH game in the evening would surely make a difference. The losing side among KXIP and SRH will no longer be able to finish with eight win which will worsen their chances of making it to the playoffs.

Schedule logistics around KKR vs DC & KXIP vs SRH

KKR, SRH, KXIP and DC will be part of the Saturday’s doubleheader. We have already at least five players in our suggested line-ups from those four teams. Hence, we made only two transfers for matchday 36 and ensured we will have four players from Sunday’s double header.

Will Karthik work in KKR vs DC

Dinesh Karthik could get away with a decent score on Saturday as Delhi Capitals doesn’t have a leg-spinner. The former KKR skipper has been dismissed five times in IPL 2020 against leggies. Shikhar Dhawan is other important batsman from this game due to his recent consistency with the bat.

The Gayle factor for KXIP vs SRH

Chris Gayle might find it easy against the bowling of Sunrisers Hyderabad on Saturday. The major threat in SRH attack will be Rashid Khan against whom Gayle has a brilliant record in the IPL.

We have picked Chris Gayle and Krunal Pandya by dropping Sam Curran and Jofra Archer. One of Ravindra Jadeja and Krunal can be picked to adjust budget and combination rules. The senior Pandya could get more batting in the absence of Rohit Sharma and he will be a good option against RR which is dominated by right-handed batsmen. Nicholas Pooran took down the weak links in Sunrisers bowling during the previous face off. He could continue the same during KXIP vs SRH if he manages to get away against Rashid. Hence, we have brought him in place of Kieron Pollard. Kagiso Rabada could exploit the struggling batting of KKR and claim few wickets during KKR vs DC. 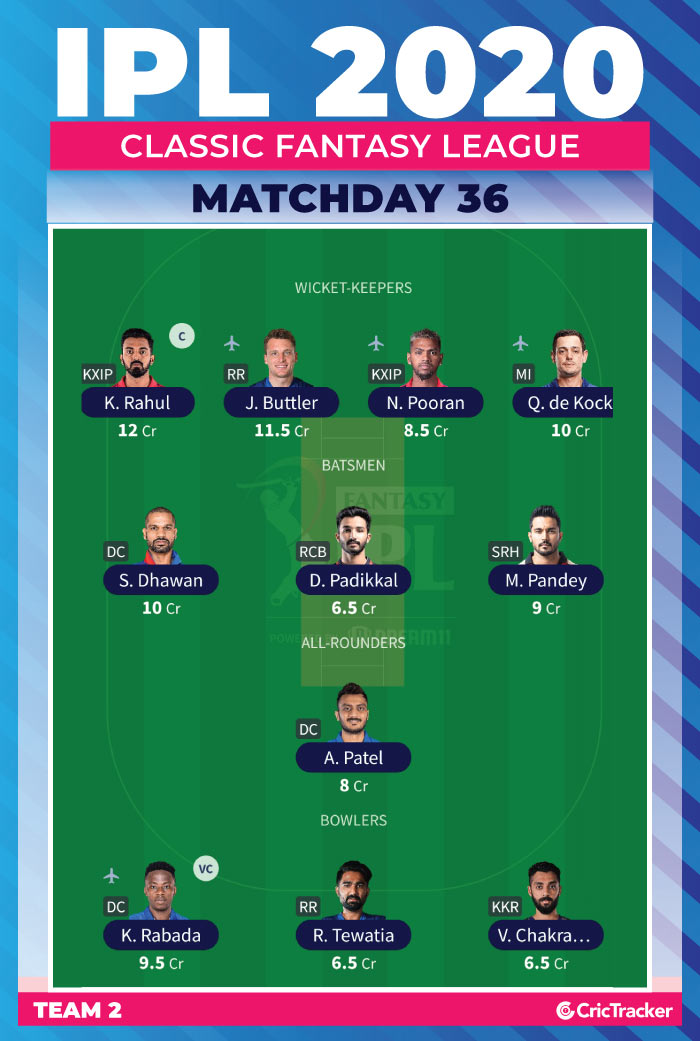