Last year, Kolkata Knight Riders and Mumbai Indians won one game each during the league stages. 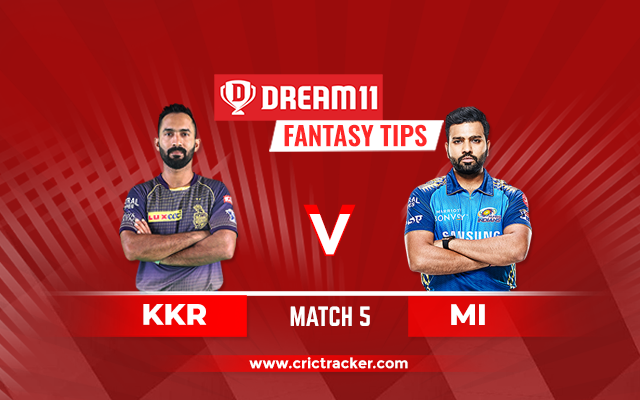 The 5th match of the Indian Premier League (IPL) 2020 will be played between the Kolkata Knight Riders and Mumbai Indians at the Sheikh Zayed Stadium in Abu Dhabi.

The defending champions, Mumbai Indians (MI), are usually slow starters in the IPL. Since 2013, they have won the title four times but never managed to win the opening game in any of the seasons since then. It went that way this year too as they lost their opening game of the season against the Chennai Super Kings (CSK). Both their bowling and their fielding looked quite rusty in the opening encounter.

Thus, they have got a few amends to make before they take on the Kolkata Knight Riders (KKR) in the upcoming Dream11 IPL 2020 game. This will be the first game of the season for the men in ‘Purple and Gold’. They have got a formidable squad in place. It is about getting their act together and putting up a good show. Last year, both these sides won one game each in the league stages.

It will be yet another hot day in Abu Dhabi with the temperatures expected to be quite high combined with humidity levels that touch nearly 70 per cent.

The pitch at this venue is a sporting one. Teams should look to score some quick runs against the new ball. Dew might come into play and chasing could be preferred.

Average first innings score: 162 (Only game played in Dream11 IPL at this venue this season)

Kieron Pollard was good in the CPL 2020 with 8 wickets and 207 runs. However, he missed out in the last IPL game having scored only 18 runs.

Rohit Sharma failed to score big in the last IPL game with only 12 runs under his belt. But he’s been in good form and scored 140 runs in 4 T20Is this year.

Quinton de Kock looked very good in the first game where he scored 33 off 20 balls. Should he convert his starts, he can put up a big total.

Eoin Morgan is the second-highest run-scorer for England this year in T20Is with 238 runs in 8 games at an average of 34.

Hardik Pandya might have scored only 14 runs in the last game but seems to be in fabulous touch. He’s been timing the ball brilliantly. He could chip in with the ball as well.

Credits will be a massive constraint while picking this team. Thus, Sunil Narine has been omitted. He only picked 6 wickets in 5 matches in CPL 2020 while he scored 144 runs.

Kolkata Knight Riders are expected to win this match.