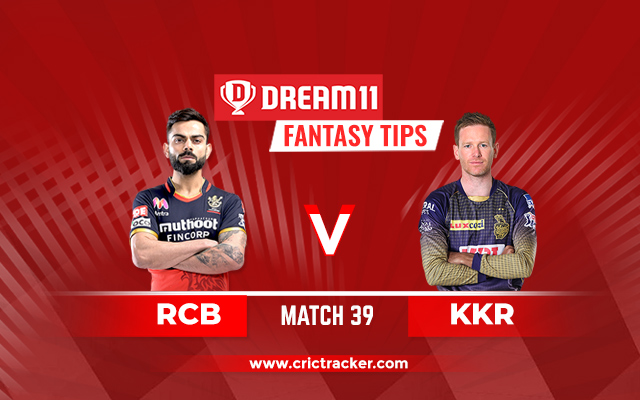 The 39th match of the Indian Premier League (IPL) 2020 will be played between Kolkata Knight Riders and Royal Challengers Bangalore at the Sheikh Zayed Stadium in Abu Dhabi.

The Kolkata Knight Riders (KKR) will be taking on Royal Challengers Bangalore (RCB) in their upcoming game. While KKR won their last game against Sunrisers Hyderabad (SRH) through a Super Over, the RCB juggernaut stunned the Rajasthan Royals (RR) courtesy an AB de Villiers show. At this stage of the tournament, with five games each left, both these teams’ focus will be to barge into the top two.

Moreover, with a victory in this game, they would also like to differentiate themselves further from the last four teams on the points table. A win in this match will take RCB to the second spot on the points table ahead of the Mumbai Indians (MI). KKR, on the other hand, can possibly displace RCB if they win by a big margin.

With the humidity levels in the last 50s and the temperature in the early 30s, the conditions are conducive for a game of cricket. There will also be strong winds blowing across the ground.

The pitches have been getting slower as the tournament has progressed forward. Thus, batting has got more difficult. Having a good pace arsenal will be important while the spinners have also got some purchase at this venue.

164 (Thus far at this venue in this tournament)

AB de Villiers played a fantastic knock in the last match where he scored 55 off only 22 balls. He accrued 285 runs thus far in the tournament.

Chris Morris picked up 9 wickets in just four games this season. He also scored 25 runs in the only game where he batted.

Yuzvendra Chahal is the leading wicket-taker for RCB this season with 13 wickets in 9 games.

Lockie Ferguson was brilliant in the last game with three wickets. Moreover, he accounted for two scalps in the Super Over and won the game for his team.

Varun Chakravarthy has done a decent job with the ball thus far. He picked up 7 wickets in 8 games and has an economy rate just over 7.

Andre Russell hasn’t been in great touch with the bat this season. But he has been putting his best foot forward and might deliver in this game. Thus, he is picked as the multiplier of the Mega League team.

Kolkata Knight Riders are predicted to win this match.