Will Andre Russell come out all guns blazing against SRH? 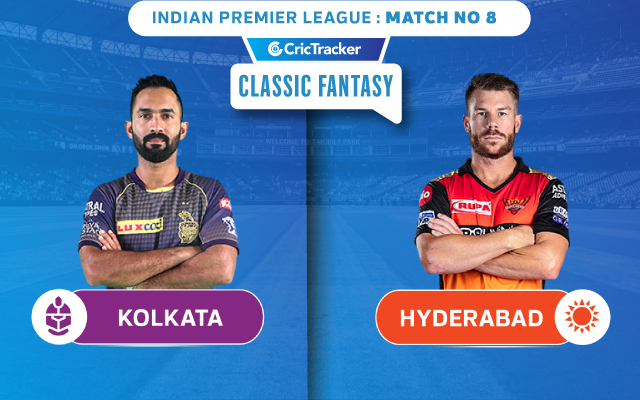 The 2020 Indian Premier League (IPL) has completed one week where the expected likes of KL Rahul, Kagiso Rabada, Yuzvendra Chahal and Faf du Plessis were among the top performers when it comes to fantasy cricket. At the same time, there were a couple of surprises in the form of Shivam Dube, Ravi Bishnoi and Sheldon Cottrell. The 8th match of the tournament will be between the Sunrisers Hyderabad and Kolkata Knight Riders which includes some of the top players like David Warner, Sunil Narine, Jonny Bairstow, Andre Russell and Rashid Khan.

Schedule logistics around KKR vs SRH:

All the CSK players present in the fantasy team can be removed as their next match is on Friday. A good number of players from KKR vs SRH can be picked as the Sunrisers next play on Tuesday while Kolkata team plays their next on Wednesday. Between Match No.8 and No.16, the two teams have got three matches apiece to feature in.

David Warner chose one of the unluckiest ways to be dismissed in the first match against RCB; the team over which Warner has got an impressive record. Warner’s record against the KKR team is also quite solid and has got fifties in each of the previous three IPL innings against them. Hence, making him captain will be a straightaway choice.

The risky selections for KKR vs SRH?

Sunil Narine might have a tough time in the match against Sunrisers as he will be facing some quality bowlers upfront. At the same time, the SRH’s top-order is filled with right-handers and the Southpaw David Warner has scored the best record in the IPL against Narine.

Safe team for KKR vs SRH:

Except for Bhuvneshwar Kumar and Rashid Khan, the KKR all-rounder Andre Russell might not face a big threat from the SRH bowlers. Shubman and Manish Pandey might get us a 30-40 while Natarajan could pick up a couple of wickets having made a good start in the game against RCB. Risky team for KKR vs SRH:

Jonny Bairstow has been in great form having scoring 60+ runs in his last four innings across all formats. Hence, we expect him to continue his form at the cost of Warner whom we expect to fall to one of Shivam Mavi, Pat Cummins or Kamlesh Nagarkoti (if plays ahead of Warrier). Narine is picked and made vice-captain hoping for his success with the bat only. 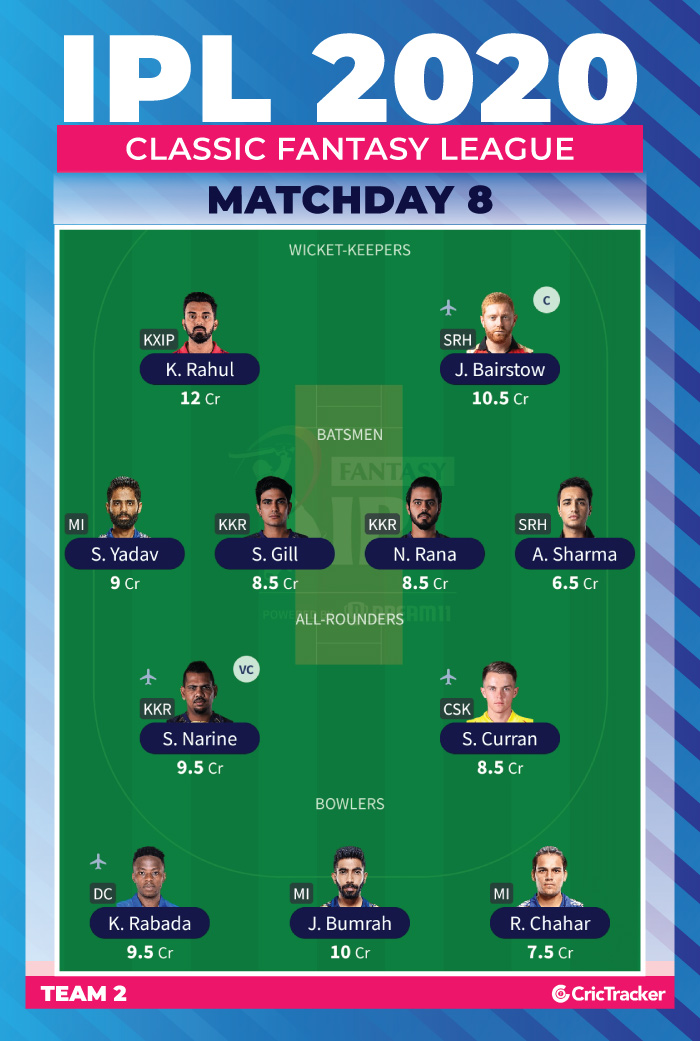