It is a good pitch to bat on at Dubai International Cricket Stadium. 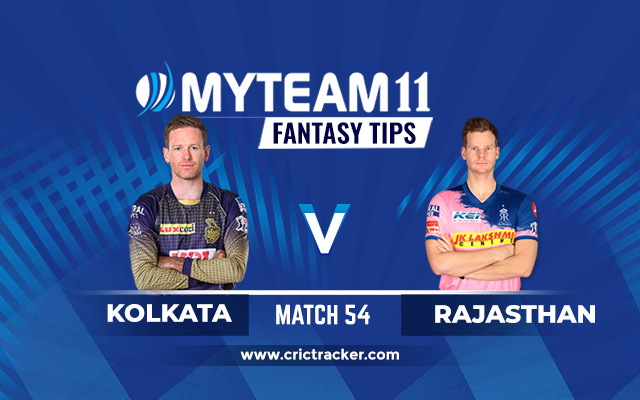 The 54th match of the Indian T20 League 2020 will be played between Kolkata and Rajasthan at Dubai International Cricket Stadium in Dubai. We have got the best Kolkata vs Rajasthan team prediction for today’s match.

Kolkata vs Rajasthan Match 54 is scheduled to start at 07:30 PM IST (06:00 PM local time) (02:00 PM UTC). The game will be telecasted on the Star Sports Network (Available in English, Hindi, Telugu, Tamil, Kannada and Bengali). Also, live streaming will be available on Disney+ Hotstar VIP.

Kolkata is taking on an in-form Rajasthan in one of the biggest clashes of the Indian T20 League 2020. It will be a big Sunday on the cards as the result will make a big impact on the qualification scenario. Kolkata is coming off two consecutive defeats and looking rusty at the moment.

Kolkata is yet to get their best combination and is sitting at the 6th spot in the points table with only one game in hand. The evening game between Punjab and Chennai will decide their road to the playoffs. However, Kolkata is very unlikely to go through to the playoffs this season with the inconsistent performance they showed in the second half of the tournament.

On the other side, Rajasthan is full of confidence after beating the two best sides of the second phase, Punjab and Mumbai. They are coming off two huge wins against them and are looking like a team to beat at the moment.

Ben Stokes made match-winning contributions in both the matches with both bat and ball. Sanju Samson regaining his form is a big boost to their batting order. Jofra Archer is leading the bowling attack well. Overall, Rajasthan is a clear favorite to get the two points from their last fixture in the league stage. 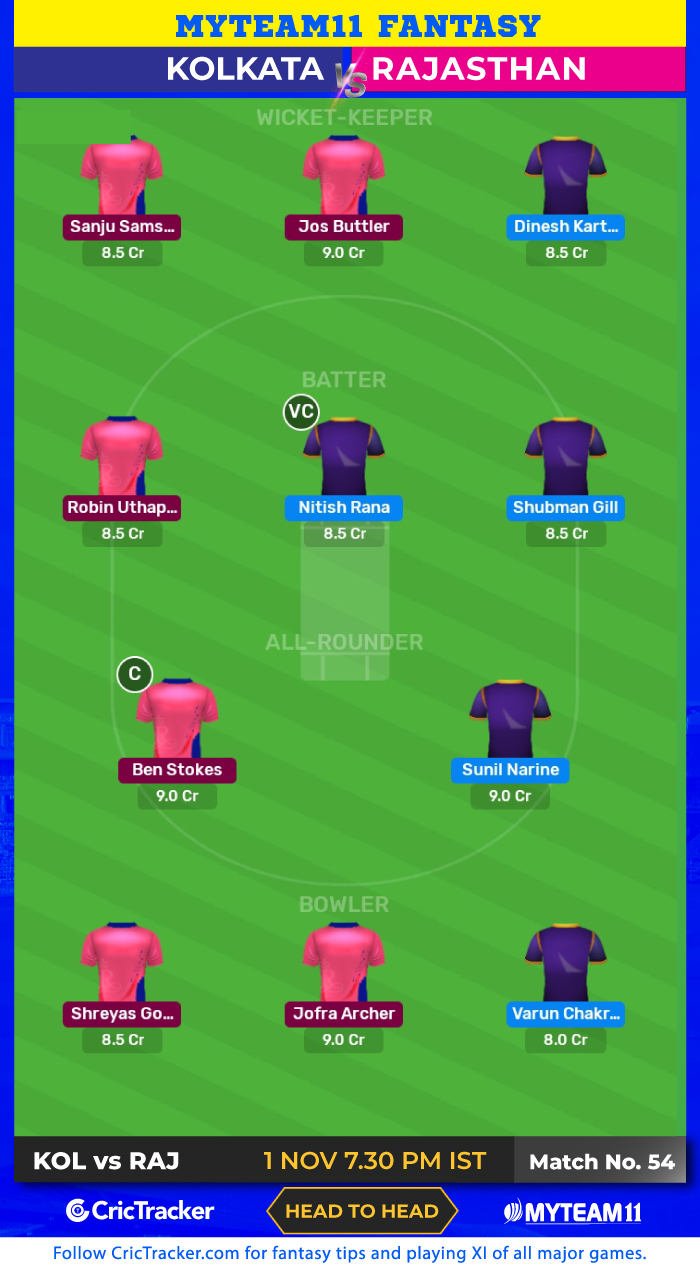 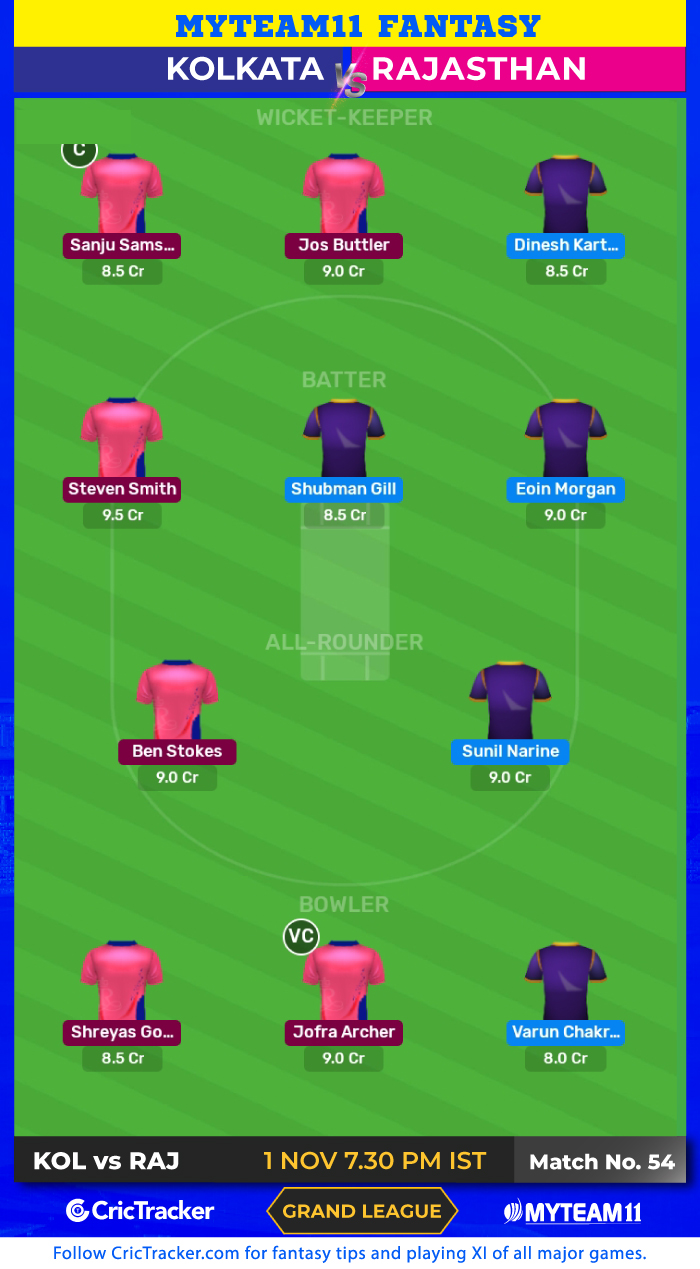 The conditions are good for a cricket match during the evening time in Dubai. The temperature will drop down to 29 Degree Celsius during the match time.

It is a good pitch to bat on at Dubai International Cricket Stadium. The team batting second finds it more comfortable to score from the last couple of games. Anything below 180 is easily achievable.

Nitish Rana – Kolkata – Nitish Rana has been brilliant lately and is coming off a brilliant 87 against Chennai. He finally regained his form and that is a much-needed boost to Kolkata’s batting order. Nitish Rana scored two 80+ scores in the last three innings.

Ben Stokes  – Rajasthan – Ben Stokes has been in top form with ball and bat. He earned the highest fantasy points in the last two matches. He scored a match-winning century and a quick half-century in the last two outings. He is even taking crucial wickets in the middle overs and will open the innings yet again.