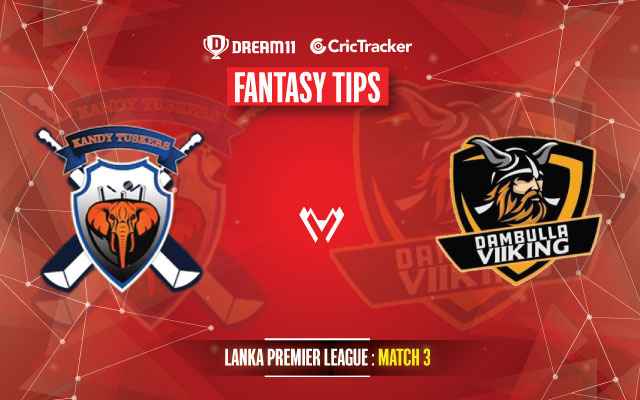 The 3rd match of the Lanka Premier League will be played between Kandy Tuskers and Dambulla Viiking at the Mahinda Rajapaksa International Cricket Stadium, Sooriyawewa, Hambantota.

This match is scheduled to start at 03:30 PM Local Time and IST. The game will be telecasted on Sony Six.

Kandy Tuskers are taking on Dambulla Viiking for the first day game in the Lanka Premier League 2020. The Kandy Tuskers played the inaugural match. Whereas the Viiking are yet to kick-off their LPL campaign. The Tuskers will be playing their second game as they were involved in a thrilling first match of the tournament which went to a Super Over.

It was a pretty decent wicket for the Tuskers batting lineup. The openers played a major part behind their total of 219 in 20 overs. However, the bowlers failed to pick early wickets but did bounce back by taking wickets in quick succession before Isuru Udana played a match-turning inning.

On the other side, Dambulla Viiking would be playing the first game of their campaign. The batting department got some big names like Upul Tharanga and Paul Sterling followed by Lankan hard hitter, Niroshan Dickwella. In the middle, Dasun Shanaka can make a difference for this team.

However, they have an inexperienced bowling department in comparison to other teams. This might increase or decrease the chances of their campaign. Overall, it looks like a promising unit and will be expecting to get underway with a win against the Tuskers.

It will be a hot and sunny afternoon in Hambantota. The temperature is expected to be around 30 degree celsius with zero chances of rain.

It is a day game and perfect pitch condition for the batters. We got to see some big scores in the first two games. However, there is no amount of grass left, therefore the pitch is expected to break early and be on the slower side.

Irfan Pathan suffered a hamstring injury and left the field without completing his over. It is unlikely to start in this game.

Also Read- Rohit Sharma will go to Australia and his travel plans are being made: BCCI

Kusal Perera scored a 52 ball 87 in the first match.

Rahmanullah Gurbaz scored a 22 ball 53 in the first match.

Paul Sterling is a well-known name in T20 cricket. He is in good form recently.

Sad there is a communication gap between Virat Kohli and Rohit Sharma: Ashish Nehra 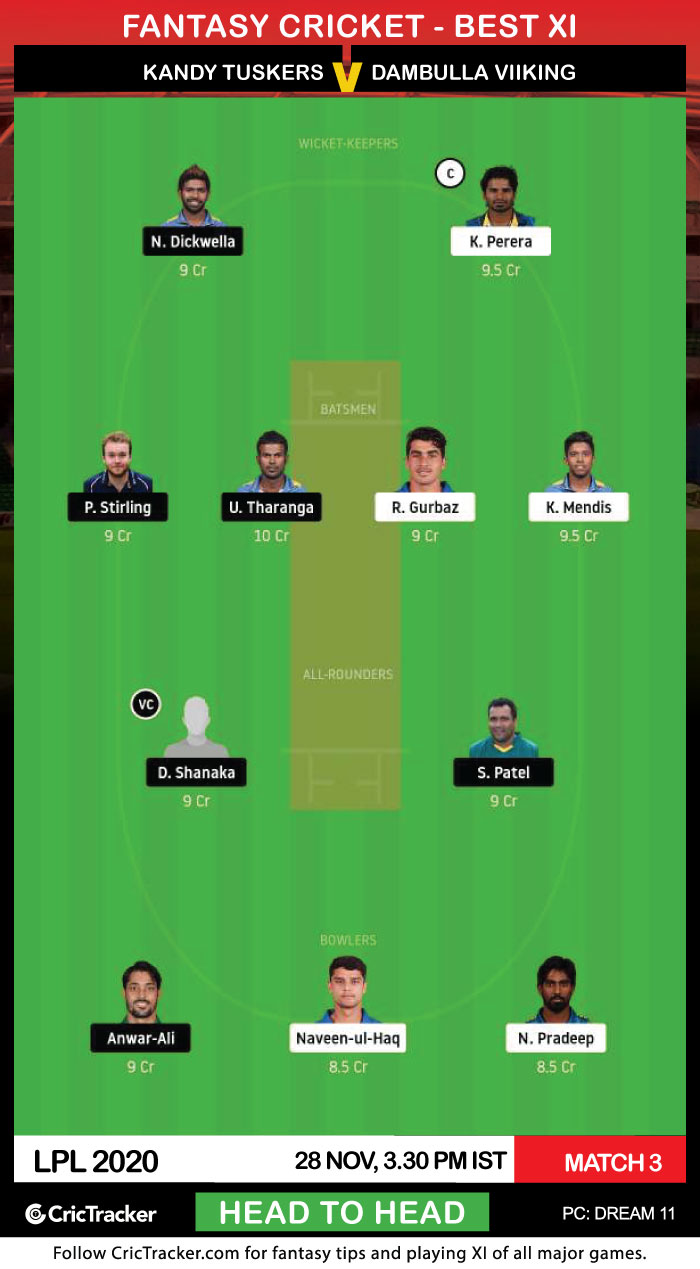 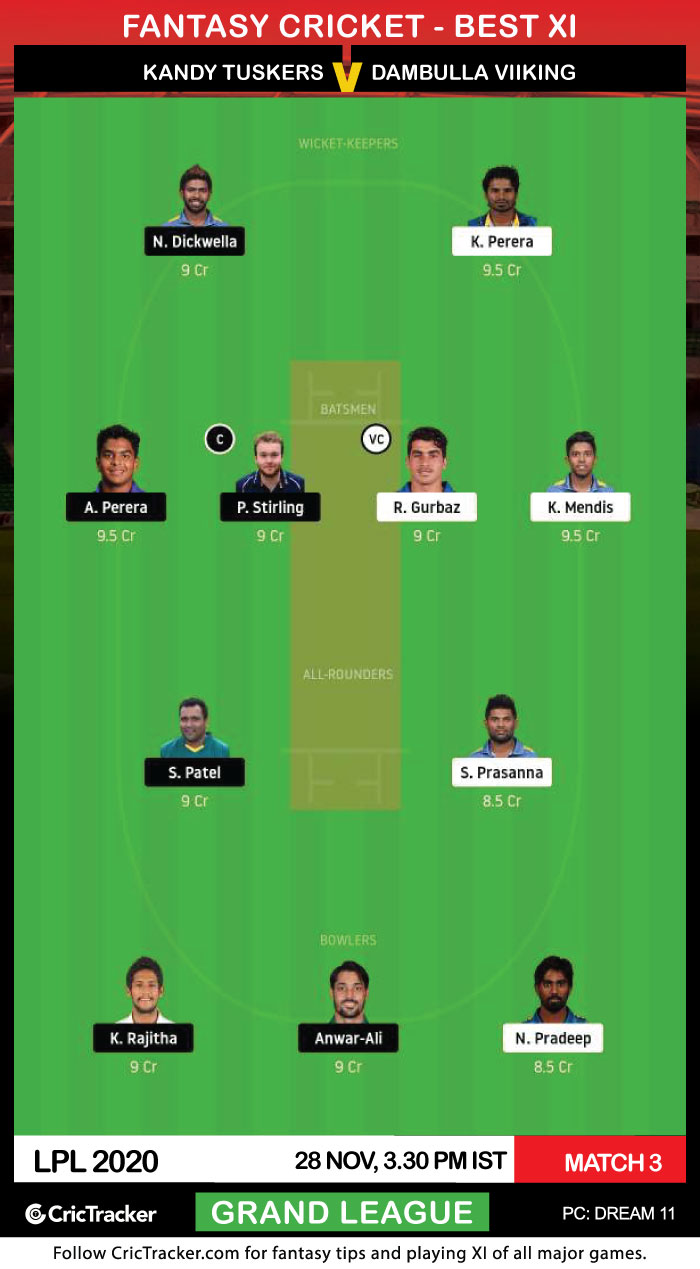 Seekkuge Prasanna had a SR of 181.44 in the recent Army Commando League. He was also the third-highest wicket-taker with 9 wickets in 7 matches. He is advisable to pick in your XI.

Dambulla Viiking is expected to win this match.